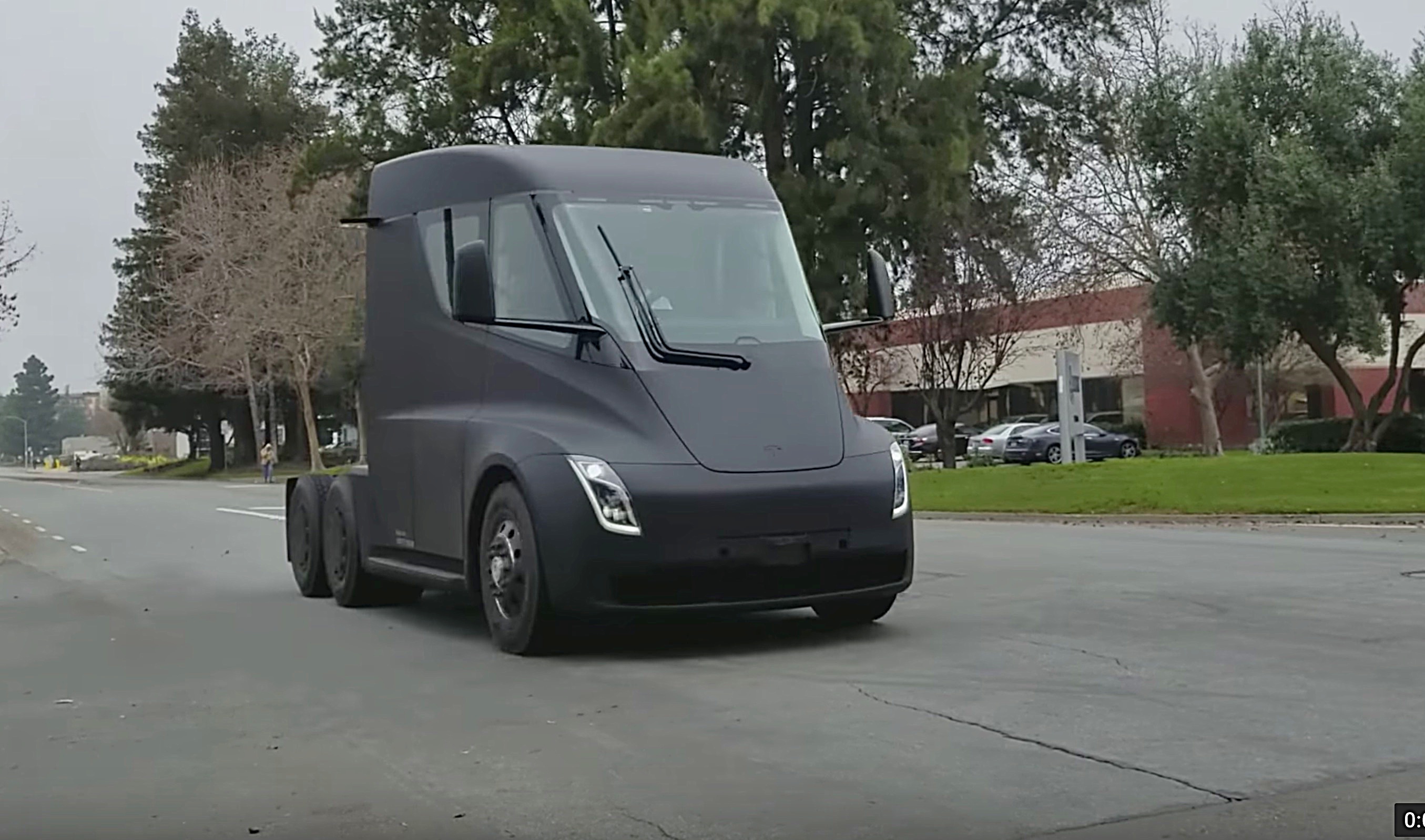 The first known sighting of the Tesla Semi truck on public roads has been posted to YouTube. The video captures Tesla’s matte black Semi driving down a local street in Sunnyvale, California, a halfway point between Tesla’s headquarters in Palo Alto and its Fremont factory. While the sighting was very brief, several interesting things about the truck stood out.

For one, the massive long-hauler is really quick for a vehicle of its size. While we can’t identify the actual speed of the all-electric truck in the video, the sounds from its four Model 3-derived electric motors is unmistakable. Apart from this, the recently spotted Tesla Semi was also fitted with a pair of standard side mirrors — mandated accessories which were absent on the long-hauler when it was unveiled last year.

The Tesla Semi’s official USDOT number of 2298288 can be seen in the driveby video. Apart from the driver of the electric truck, a passenger could also be seen in the cabin of the vehicle. The sighting seemed to have happened in Elko Drive, Sunnyvale, CA, as evidenced by the presence of UPS and a building for BT Express Liquidators in the video.

While very little could really be determined from the short YouTube clip, it is very likely that the matte black Tesla Semi is being used by the California-based electric car maker and energy company. Tesla, after all, has stated that it would be the customer of its own product. Thus, there is a pretty good chance that the stealth-black electric long-hauler spotted on Sunnyvale was part of Tesla’s own fleet for its supply chain.

The Tesla Semi is poised to be a disruptive vehicle in the trucking industry the same way the Model 3 is for the consumer car market. During its official launch, Tesla CEO Elon Musk made it a point to show that the Tesla Semi is indeed a different breed of long-hauler compared to similar Class 8 vehicles. 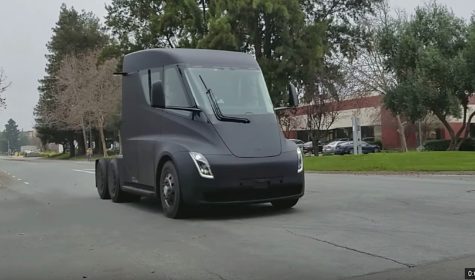 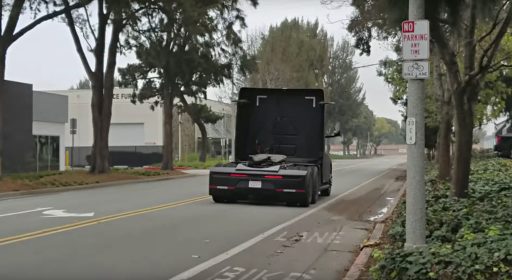 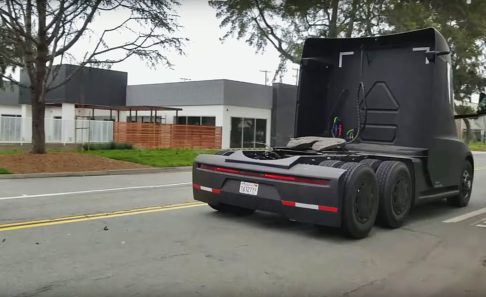 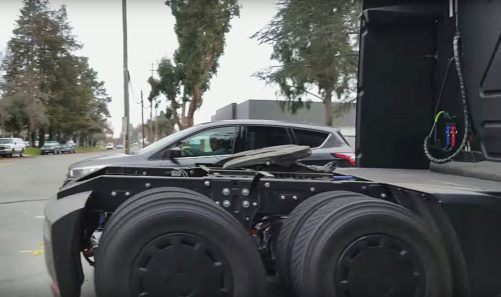 Musk, for one, noted that the massive electric truck could haul 80,000 pounds (the industry maximum) of cargo faster than any other competing diesel truck of the same class. With a full load, the Tesla Semi can still accelerate from 0-60 mph in just 20 seconds. A Class 8 diesel truck? Far, far longer. The truck is also equipped with a driving-assist feature to support Convoy Mode, which would give truckers a far easier time when traveling long distances.

Since it was unveiled in a high-profile launch event last November, the Tesla Semi has steadily gained a lot of supporters. Over the past few months, large corporations, from local conglomerates and international firms, have placed orders for the electric long-hauler. While orders for the Tesla Semi continue to be reported, however, sightings of the semi truck are still incredibly rare. With that in mind, enjoy the first ever sighting of the Tesla Semi on public streets below.