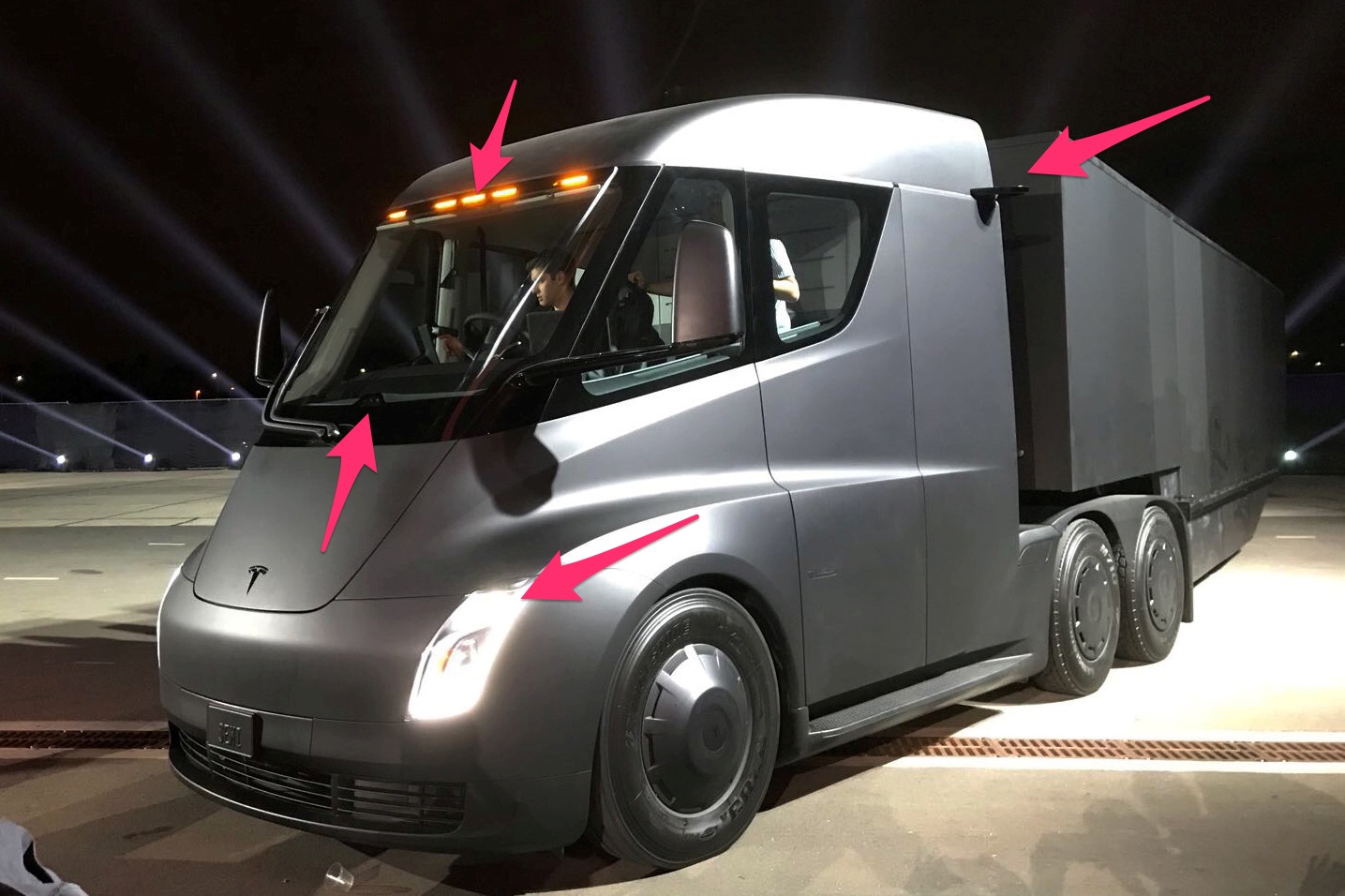 When CEO Elon Musk unveiled the Tesla Semi to the world, one of the main messages in his presentation was that the all-electric semi-truck is significantly cheaper to own than a traditional diesel truck. With a starting price of $150,000 for the base truck, and $180,000 for the long range 500-mile variant, the Tesla Semi is priced considerably lower than what many industry experts expected.

“We really thought about this a lot. If you take everything into account: take the lease cost, take the insurance cost, maintenance, all of the factors – the fully accounted for true cost of trucking – a diesel truck will be 20% more expensive than a Tesla Semi per mile.” said Musk.

The Tesla Semi is able to achieve high efficiency through the use of four electric motors – the same volume production motors used in the company’s consumer mass market Model 3 sedan – that operate independently to control torque at each wheel. The drivetrain’s design not only allows for blistering acceleration, by truck standards, but also adds an element of safety. “The truck will automatically stop jackknifing because it has independent motors on each wheel and it will dynamically adjust the torque on each wheel so that jackknifing is impossible. Your worse nightmare is gone with this truck.”

However, combined with the truck’s ability to leverage convoy technology wherein a fleet of Tesla semi-trucks semi-autonomously draft in close proximity to one another thereby reducing energy usage from wind resistance, Tesla Semi’s true cost of ownership becomes even more favorable than a diesel truck. 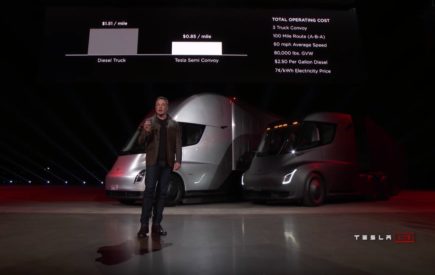 According to Musk, a diesel truck becomes twice as expensive as a Tesla all-electric truck that’s operating in convoy mode.

Similar to Tesla’s Autopilot-enabled Model S and Model X consumer vehicles, the Tesla Semi is able to use a suite of cameras and sensors to paint a digital picture of its surroundings. Every truck is equipped with Enhanced Autopilot that will allow the vehicle to semi-autonomously stay in lane, automatically brake in emergency situations and warn of forward collisions.

On the outside, the sleek Tesla Semi doesn’t appear to have any protruding hardware beyond a “wing” that’s present on either side of the truck. Upon closer investigation by KmanAuto who attended the event and gave us a first look at the Tesla Semi’s gearbox, there’s a vast array of cameras and possibly a LiDAR mounted within the truck’s wings. 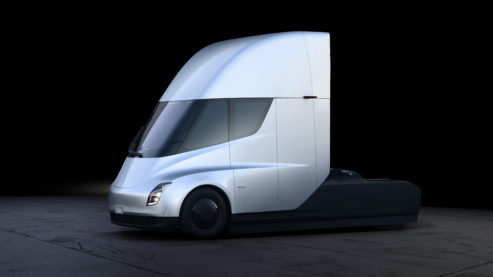 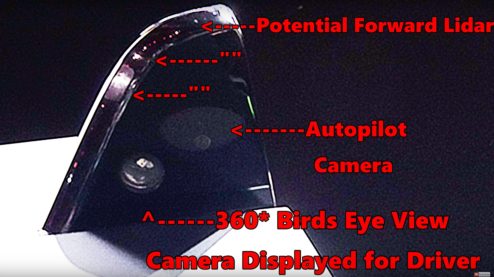 Because the Tesla Semi doesn’t have any side mirrors, video from these cameras likely provide the driver with a birds eye view of both sides of the truck as seen from the interior touchscreen displays. Kman also discovered a row of cameras mounted below and above the massive windshield, and even more cameras discreetly mounted within Tesla Semi’s headlight assembly.

Though Musk did not talk about the integration of Full Self-Driving capabilities in the Tesla Semi, Kman notes that it could be possible if Tesla one day offers its own tractor trailers with sensors. “I think Tesla will offer its own tractor trailers. These trailers will be outfitted with their own suite of sensors to enhance the vehicle’s abilities further.” Kman tells Teslarati.

We’ve embedded Kman’s video that captures the various locations of Tesla Semi’s sensor suite. We count at least 12 cameras. How many can you spot?