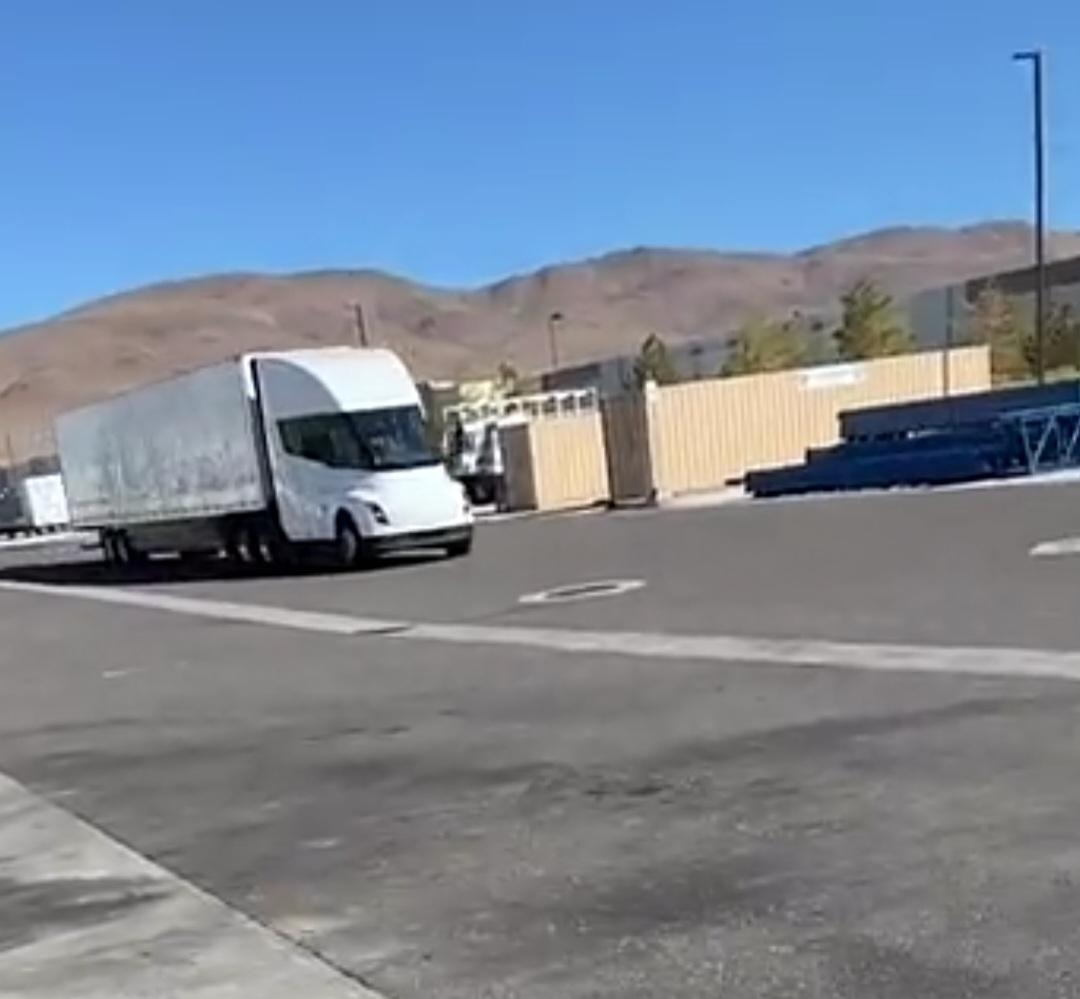 Tesla Semi spotted towing in likely final round of testing

Tesla Semi near Giga-Nevada in testing

In a video posted on Snapchat, the Tesla Semi is spotted towing a trailer, likely completing any final testing before deliveries begin in December.

Tesla has been incredibly tight-lipped about the upcoming Tesla Semi. Everything from the production schedule to the full specifications of the truck remain unclear. Even now, only one month from the Semi’s first delivery to Pepsi Co., the production location was leaked to Teslarati earlier this week, while full specifications have not been confirmed. Today, the Tesla Semi was spotted towing a trailer near Tesla’s Giga-Nevada facility, likely completing final testing before delivery.

The brief video posted online gives only a glimpse at the upcoming Tesla Semi as it drives by. Still, the distinctive sounds of the electric drivetrain and air brakes give the impression that the truck is undergoing strenuous testing.

In Tesla’s recent earnings call, while CEO Elon Musk was hesitant to confirm or deny specifications of the upcoming Semi, Mr. Musk made one promise very clear; the Tesla Semi will be able to go 500 miles on a single charge while towing a trailer. 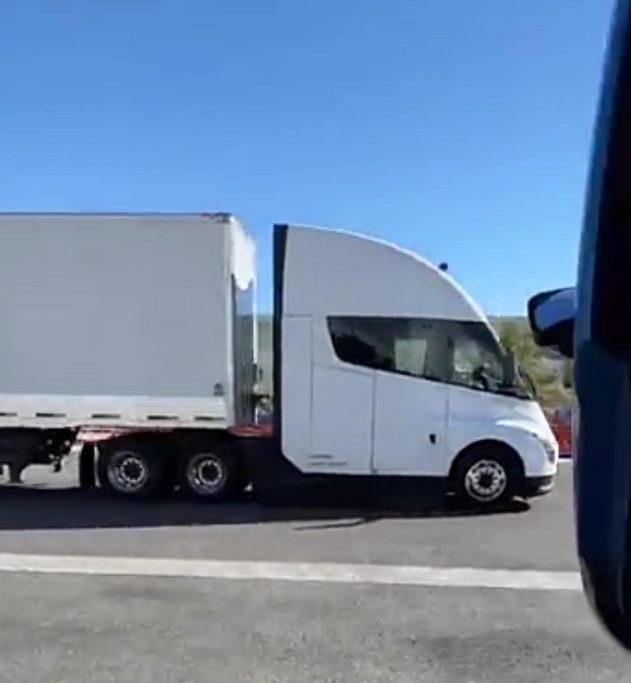 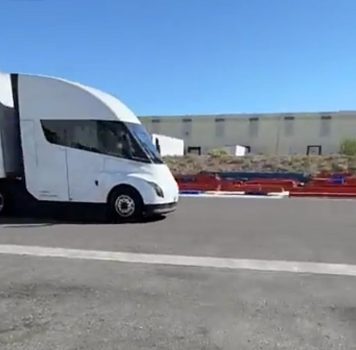 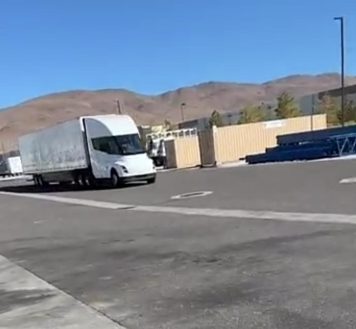 If the competition from other semi-truck manufacturers is to go by, this will likely be a significant challenge. Surveying the market, only one model comes remotely close to the mythical 500-mile number, the Nikola Motors truck with 350 miles of range. Hence the down to the wire testing that Tesla is likely completing in the posted video.

The other major announcement regarding the Semi was Tesla’s goal of producing 50,000 units annually by 2024. And while this would be a small number of standard passenger cars, this would quickly make Tesla the world’s largest electric semi manufacturer and one of the most significant heavy truck manufacturers, period.

What remains unclear is the charging infrastructure available to the Tesla Semi and other electric commercial trucks currently. Teslarati reported earlier this year about one of the first charging locations being installed at a Frito-Lay facility, but where other chargers have been placed in the meantime, or if they have been placed at all, remains a mystery.

Tesla Semi spotted towing in likely final round of testing