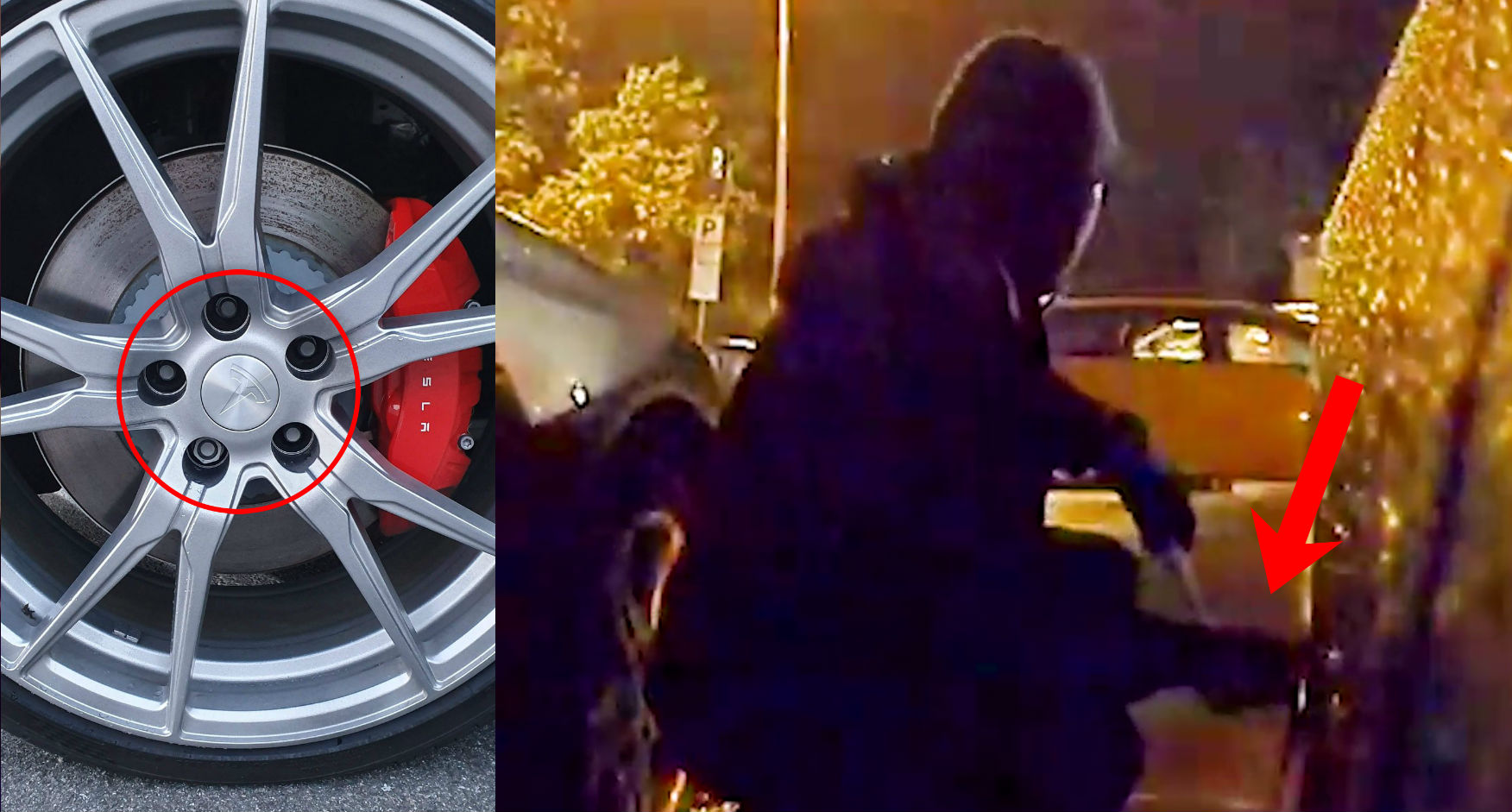 Recent footage from a Tesla owner in Flesland, Norway has revealed a rather shocking video of a man seemingly trying to cause a Model 3 accident. The video, which was recorded through the electric sedan’s Sentry Mode feature, showed the man deliberately removing the nuts on the Model 3’s rear wheels, which could have resulted in the vehicle’s wheels falling off during driving.

In a post on Norway-based Tesla-themed Facebook group Teslanytt, Kees Ihlhaug‎, the vehicle’s owner, noted that the incident happened earlier this week at a parking lot in Lilandsveien, near Bergen Airport at Flesland. After driving his Tesla for about 10 meters, Ihlhaug‎ noticed that his car was behaving strangely. Upon checking his Model 3’s wheels, he found that all but one nut on each of his vehicle’s rear wheels have been taken off. The last nut on each wheel was loosened considerably as well, and it would have easily fallen off had the Tesla owner driven his Model 3 a bit further.

Ihlhaug‎ promptly called a local tire company that fortunately was able to help him out. With new nuts on his vehicle’s wheels, the Model 3 owner was able to drive away safely. When he checked the footage from his electric sedan’s Sentry Mode feature, he was rather shocked to see a man, face hidden with a mask, deliberately removing his Model 3’s rear wheel nuts. Based on the video, it appears that after Sentry Mode was activated midway through the incident, the perpetrator fled the scene.

Footage of the incident was turned over to the police. Unfortunately, the man’s face was covered, making it challenging to identify the perpetrator. There were no security cameras in the parking lot where Ihlhaug‎ left his Model 3 as well. Speaking to local news agency NRK, Section leader Kristine Pettersen at Bergen South Police District noted that the incident could have resulted in something very dangerous. “It is serious when someone bumps with the wheels of a car. It is, of course, not safe to drive when four out of five nuts are off. The damage potential is great if the driver had not been vigilant,” she said.

While the man’s motivations behind his actions remain unclear, and while Ihlhaug‎ himself noted that the person might have simply wanted to steal his wheels (his Model 3 is equipped with aftermarket rims), the fact that the man seemingly opted to leave one nut on each rear wheel suggests that the perpetrator’s motivations might have been more sinister. The man did not use any tools to lift and support the vehicle, for one, which would have made removing the Model 3’s wheels very difficult. Thus, as unfortunate as it may seem, it appears that the perpetrator might have been deliberately attempting to cause the Model 3 to crash.

An extensive look into the treatment of Tesla owners in Norway by NRK late last year has revealed that some of the electric vehicles are seeing some harsh treatment on the road. According to Tom Alfred, a longtime driver and Model X owner, Teslas and other electric cars are starting to attract aggressive drivers. Citing an EV-centric Facebook group that he interacts with, Alfred told the publication that critics had dubbed Tesla and EV owners as “lowest ranking social parasites,” and “spammers who are sponsored by us who drive diesel cars,” among others.

Alfred has noted that these sentiments are spilling over to how he is being treated on the road. “It has become more difficult to merge. I often lie behind other cars. And I have experienced traffic-dangerous situations I have never experienced before. It may be just something I feel about, since I know what kind of prejudice people have. Or it’s because I have a Tesla,” he said. The Model X owner noted that due to these experiences, he has begun avoiding talking about his car in social gatherings. “I still hold a lower profile now than before. I’m trying to avoid talking about having a Tesla,” he said.

Watch Sentry Mode capture footage of a man deliberately removing the wheel nuts on a Model 3 in the video below.