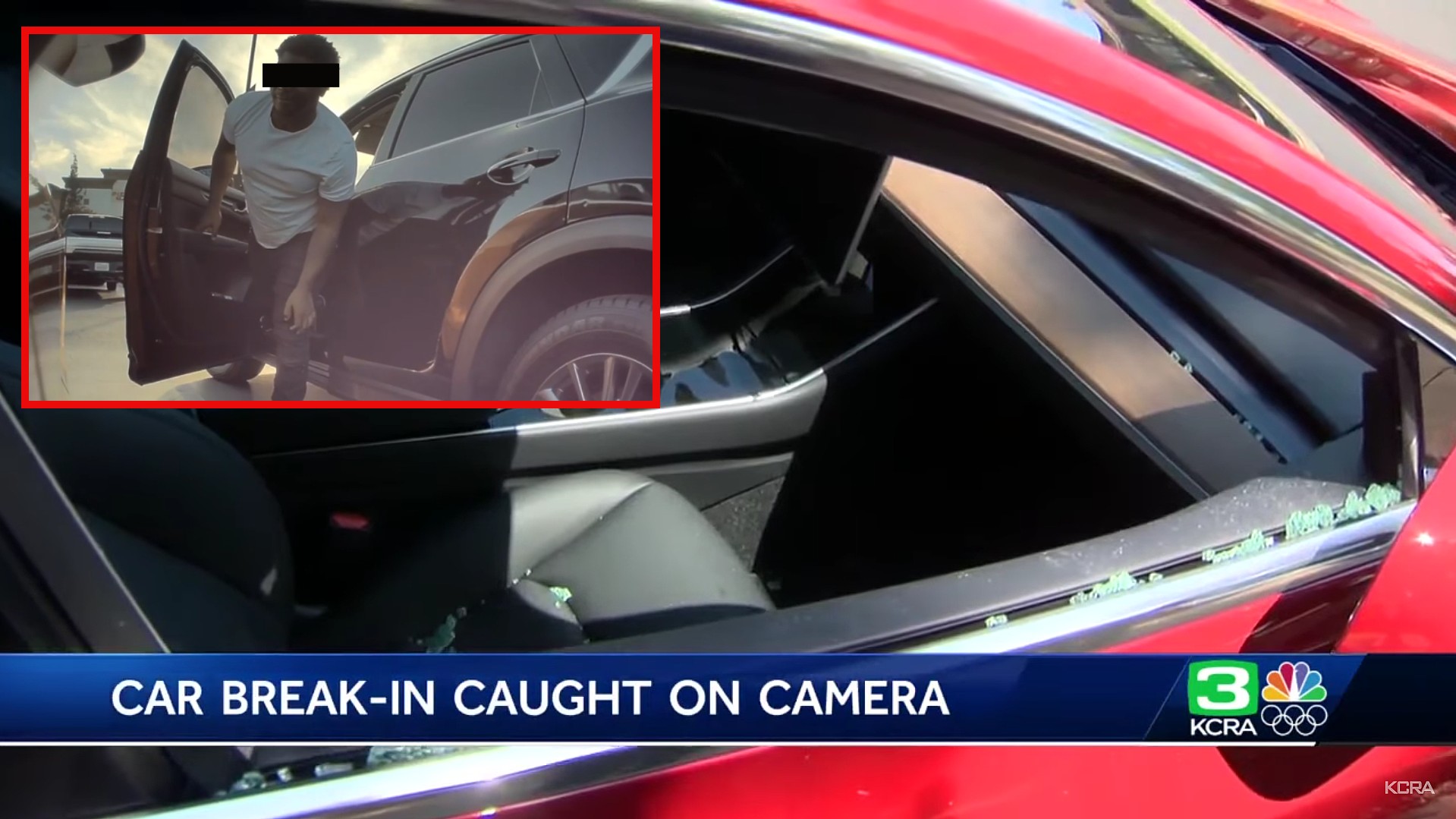 Two thieves who broke into a Model 3 in broad daylight earlier this week did not count on Tesla’s built-in suite of cameras to identify them and the vehicle they used for their crime. Thanks to footage provided by Tesla’s Sentry Mode, police were able to successfully identify one of the perpetrators less than 24 hours after the theft was reported.

Tesla Model 3 owner Steve Widick was picking up dinner for his wife this Tuesday when he received a Sentry Mode notification from his all-electric sedan. After receiving another alert that Sentry Mode’s Alarm state has been triggered, Widick promptly rushed over to his car, only to find that his passenger side front window had been smashed. Shattered glass littered the passenger seat, and his laptop had been stolen.

“I was on my way home from work and stopped to pick up some dinner for my wife and I. So, I parked it in the parking lot over near the mall, turned on the Sentry Mode and went into the store. I was standing in line, and I got the notification on my phone that Sentry Mode had been activated, and then right after that, I got that the alarm had been activated. So, I left the line, came out and looked, and the window was smashed and my laptop was gone,” the Model 3 owner said.

Widick promptly called the police, who responded to the scene of the theft. The Model 3 owner then turned over the videos captured by Sentry Mode’s multiple cameras, which clearly showed two individuals casing the car before breaking in. Sentry Mode was able to capture both men’s faces, as well as the license plate of the vehicle they used for the theft.

In a statement to KCRA 3 News, Fairfield police Lt. Jausiah Jacobsen stated that one of the men captured by the Model 3’s built-in cameras was 24-year-old Bay Area Alvin Lovett, who already has existing warrants of arrest from other jurisdictions.

“(Lovett) is the one that we have probable cause to arrest at this time. He also has warrants for his arrest out of other jurisdictions in the area, and one of those has been mentioned to be a weapons charge. So, we ask the public not to contact him if they do see him. Just call your local authorities and report that so they can deal with it,” the lieutenant said.

The other person with Jacobsen, whose face was clearly captured by Sentry Mode, is yet to be identified.

Ultimately, Jacobsen noted that they were able to successfully identify one of the men involved in the crime thanks to the clarity of Sentry Mode’s video. Jacobsen added that built-in security features such as those in Tesla’s electric cars actually help law enforcement.

“The first time I saw the video, I was blown away at how clear it was. So, it does help us greatly because we can send it out to our partners in law enforcement. If they can help identify somebody, great. And then, ultimately, what we will do a lot of times is we will put it out on our social media platforms to the public and help us find out who this person is,” he said.

Watch KCRA 3 News‘ Sentry Mode segment in the video below.