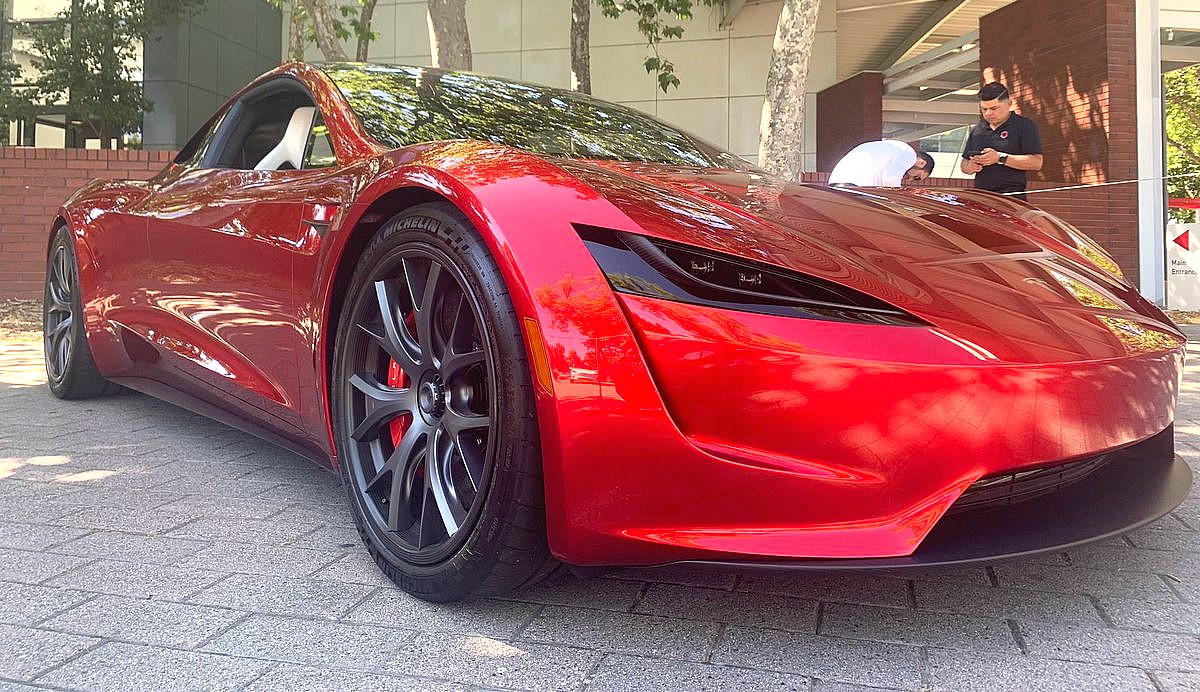 How Tesla’s new Roadster can benefit from Maxwell’s supercapacitors

The new Tesla Roadster is the very definition of a halo car. Embodying all the innovations that Tesla has developed and mastered over the years, the next-gen Roadster is intended, as Elon Musk put it, to give a “hardcore smackdown” to gasoline cars. During the CEO’s appearance at the Ride the Lightning podcast, Musk even candidly mentioned that the upcoming vehicle will have capabilities that are practically “unfair” to its internal combustion-powered competition.

It has been almost two years since the vehicle was unveiled, and over this time, Tesla has made headway in its electric vehicle tech. Earlier this year, Tesla completed the acquisition of Maxwell Technologies, a company that specializes in supercapacitors and the development of dry battery electrode technology. These innovations, which Tesla has complete access to, are a perfect fit for the next-generation Roadster.

Munro and Associates Sr. Associate Mark Ellis recently noted during an interview with Tesla owner-enthusiast Sean Mitchell that Maxwell’s tech have immense potential in the electric vehicle segment. “The dry battery technology is game-changing if it comes to pass and they can put it in a car,” he said. Ellis also explained that supercapacitor technology could greatly help electric vehicles in terms of their battery management.

This “sponge” that Ellis mentioned will be greatly beneficial for vehicles like the next-generation Roadster, which is designed to accelerate at incredibly rapid speeds. The Roadster will be insanely quick on a straight line with its 0-60 mph time of 1.9 seconds, and based on Musk’s previous statements about the vehicle, the all-electric supercar will be able to take on track driving as well. This means that the next-generation Roadster will be a monster of a supercar, and it will require serious refinement in terms of its battery and electric motors to maintain its optimum performance.

Tesla is a far more experienced carmaker today than it was when Elon Musk unveiled the next-generation Roadster in 2017. Considering that Tesla is a company with a culture of innovation, it is almost certain that the new Roadster, once it is released, will be a far more refined vehicle than the already-game-changing supercar that shocked the auto industry nearly two years ago. Elon Musk, if any, has mentioned some of these updates, one of which is a SpaceX package that will utilize cold gas thrusters (the same technology used in SpaceX’s Falcon 9 rockets) to help the vehicle’s acceleration, braking, and maneuverability.

The impending arrival of the next-generation Roadster appears to have started a disruption in the hypercar market. Since the vehicle’s unveiling, other carmakers have introduced all-electric monsters of their own. Among these is the ~$2.5 million, 1,900 hp Pininfarina Battista, the ~$2 million, 1,973 hp Lotus Evija, and the $2.1 million, 1,914 hp Rimac C_Two. Considering that the Roadster will start at around $200,000, the vehicle will likely be closer in price to upcoming premium sports EVs like the Taycan Turbo S, which is expected to command a notably higher price compared to the ~$130,000 Taycan Turbo.

How Tesla’s new Roadster can benefit from Maxwell’s supercapacitors