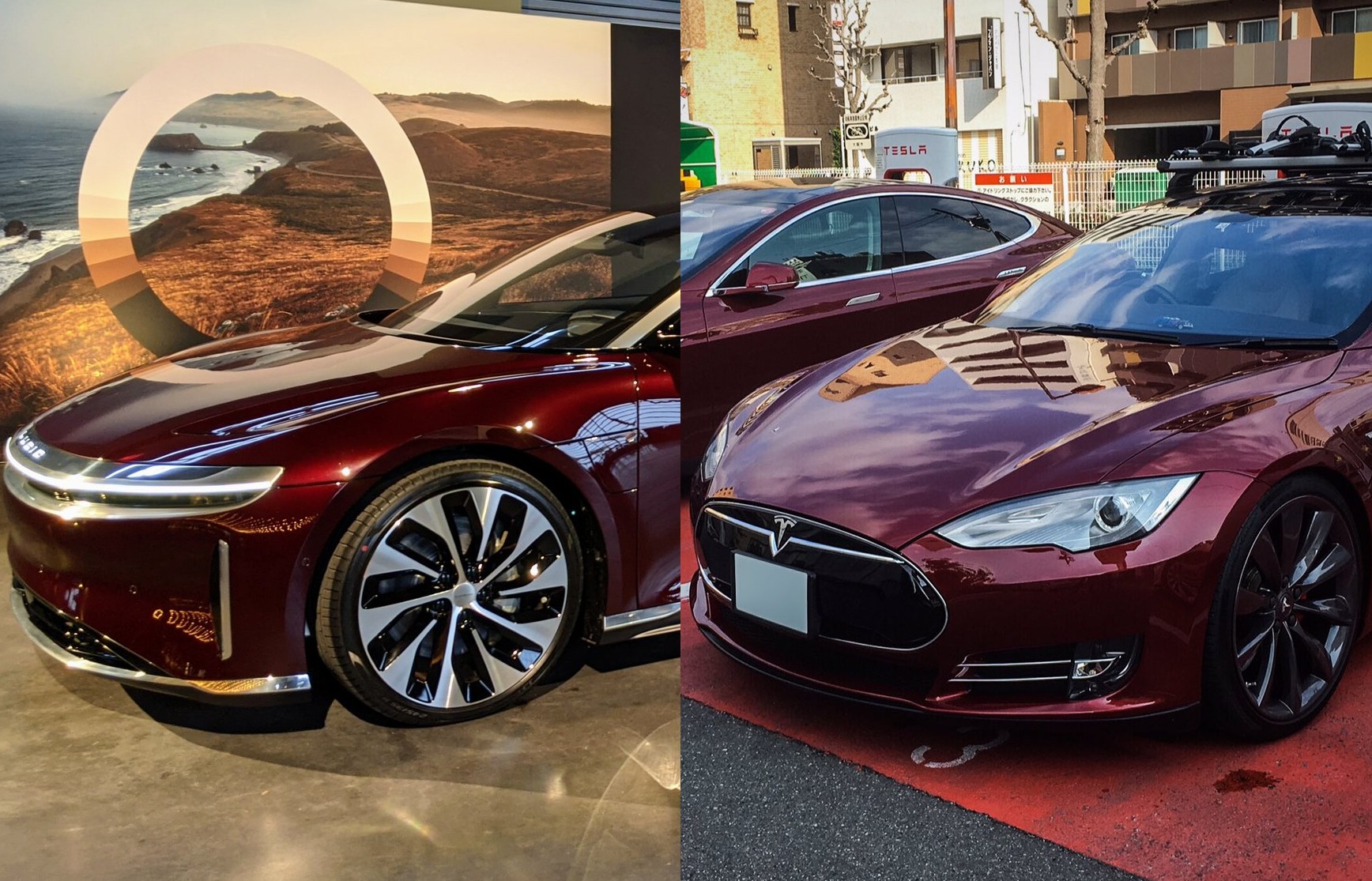 The Lucid Air’s “Zenith Red” paint option made an appearance at the electric car maker’s recent New York event. Based on images of the vehicle that were shared online, it appears that Lucid’s Zenith Red is just as eye-catching as the “Eureka Gold” paint featured in the flagship Air Dream Edition. Interestingly enough, Lucid’s red paint option also seems quite similar to a shade that’s become iconic for the electric vehicle movement: Tesla’s Signature Red paint that was used for the Model S and Model X.

Electric car enthusiasts Tom Moloughney and the Out of Spec Motoring group were fortunate enough to attend Lucid’s event, where they were able to take clear photos of the EV maker’s flagship sedan. While pictures of the upcoming vehicle’s interior were interesting, it was the shots of the Zenith Red-painted Air that were truly eye-catching.

Apart from Zenith Red, the Lucid Air will also be offered with “Stellar White,” “Infinite Black,” “Cosmos Silver,” and “Quantum Grey” paint. During the recent New York event, an Air with “Stellar White” paint was also present. The white paint works very well with the Air, though it lacks the additional character invoked by its Zenith Red sibling, which features a two-toned theme with its silver roof.

The deep hues of Lucid’s Zenith Red paint echo some aspects of Tesla’s original Signature Red option, which was used for a limited time on the Model S and Model X. Just like Zenith Red, Signature Red was darker than the Red Multi-Coat paint offered in the S3XY lineup today. Considering its significance to the Model S and X’s history, as well as its unique hue, Signature Red remains well-loved in the Tesla community even until today.

Tesla has not announced if it would bring Signature Red back as a paint option. That being said, Elon Musk has noted that vehicles produced in Gigafactory Berlin will be feature unique paint options due to the facility’s next-generation paint shop. Musk has noted that his favorite color from the German plant is called “Deep Crimson,” and based on images taken of the CEO’s personal Model S, it appears that the upcoming paint option channels some of Signature Red’s deep hues as well.