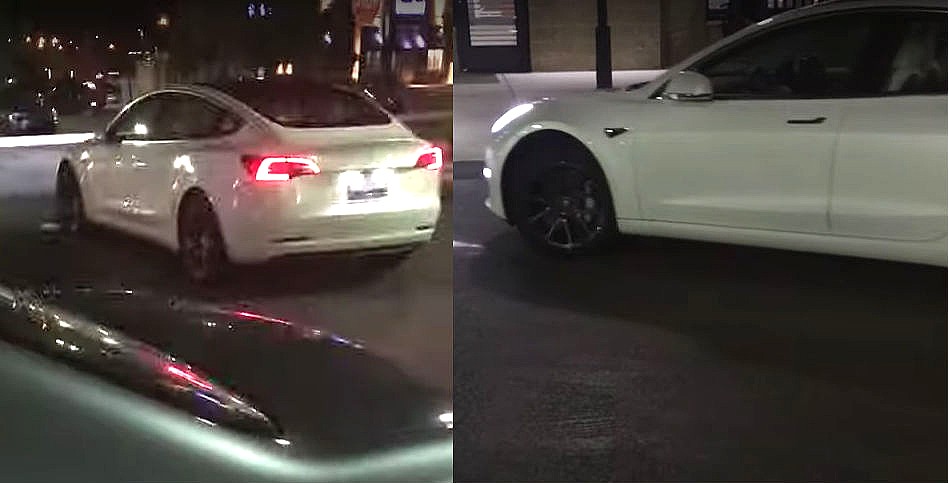 A Tesla Model 3 being smart summoned. Not the vehicle featured in this story. (Credit: Omar/YouTube)

Almost three years since its release, Smart Summon is still one of the best ways for Teslas to make an impression on the public. This was experienced recently by a Tesla owner in New Zealand, who ended up confusing and impressing a passerby after moving his vehicle from its parking spot to his location at night.

The video, which was shared by u/Matt_NZ in the r/TeslaMotors subreddit, featured dash cam footage from a Tesla as it engaged its Smart Summon feature. During the maneuver, which involved the vehicle cautiously navigating a parking lot at night, a passerby could be seen being completely befuddled by the all-electric car. It’s still rare to see unmanned cars driving around at night, after all.

In later comments, the New Zealand-based Tesla owner admitted that he actually does not use Smart Summon that much since it could very well become a nuisance in a busy parking lot. But since the area where he parked at was unlit at the time, there were puddles everywhere, and the parking lot was relatively empty, he decided to use the FSD feature while he chatted with the people he had dinner with.

Overall, the experience seemed to have left a notable impression on the gentleman who was confused by the driverless all-electric car.

“I don’t often use Smart Summon as it’s often more of a nuisance for others in the car park, but on this evening, the car park was relatively quiet. I waited for a few people to finish leaving just to make sure my car wouldn’t get in the way.

“As it trundled across the car park, this guy happened to cross paths with it and resulted in a genuine double take when he noticed that there was no one driving it. We ended up having a short conversation about it, and I’m sure he’ll be talking about the encounter for a few weeks down at the local pub with his mates,” the Tesla owner shared in a later comment.

Smart Summon could be extremely impressive when it works smoothly, but its slow speed and overly cautious nature has resulted in numerous Tesla owners admitting that they rarely use the feature. It could definitely be considered as one of Tesla’s “party tricks,” though whether it works well or not depends on the circumstances. Nevertheless, it cannot be denied that in times like those shared by the New Zealand-based Tesla owner, Smart Summon definitely leaves a strong impression on people.

Watch the Tesla owner’s video below.