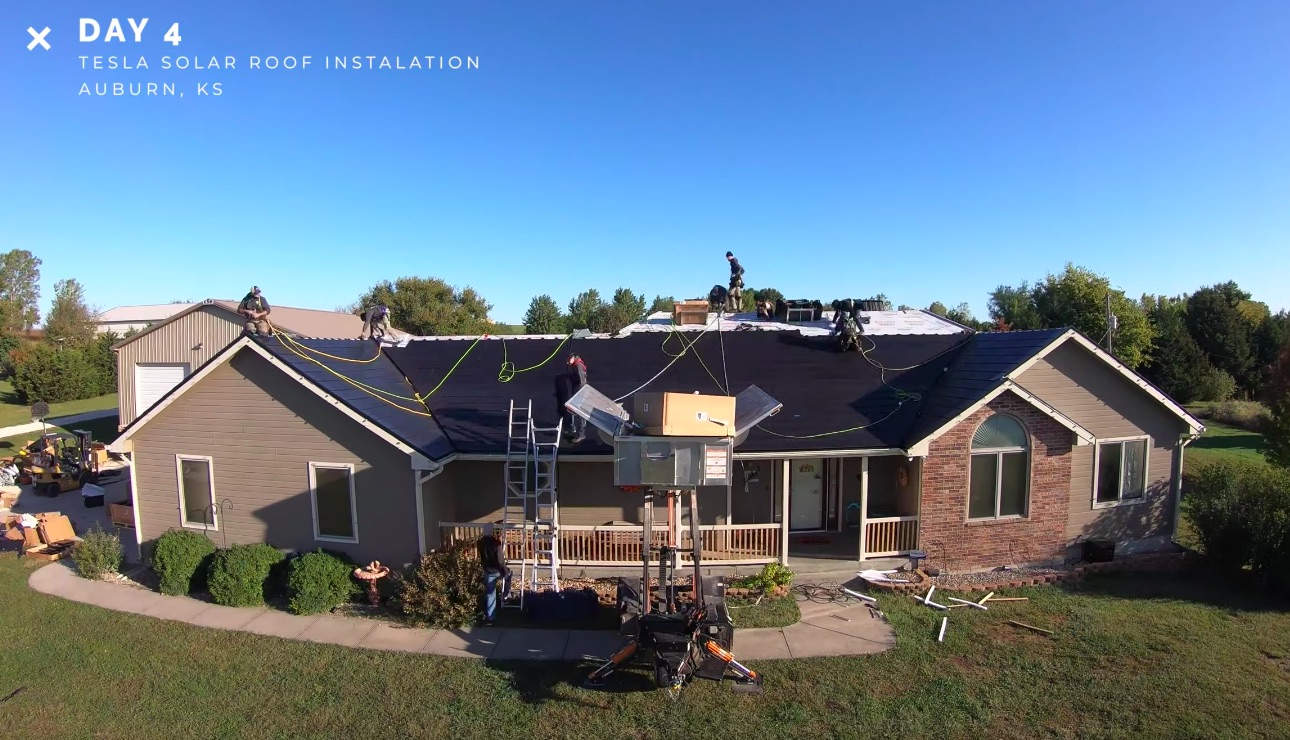 Tesla Solar Roof is becoming a stealthy killer, and no one is standing in its way

Tesla executives like CEO Elon Musk may emphasize that the company’s Energy business is just as important as its electric vehicle division, there is little doubt that stationary batteries and solar products are just not as sexy or exciting as, say, all-electric supercars, futuristic pickups, or Full Self-Driving software. Yet as Tesla Energy hits its stride, it is becoming evident that some of the company’s products like the Solar Roof could very well develop into stealthy disruptors on their own.

Tesla Energy’s flagship solar product is the Solar Roof, which was initially unveiled in 2016. Since then, the attractive solar shingles have not really seen a serious ramp, at least until now. Over the following years since its debut, Tesla focused on optimizing and improving the Solar Roof, and the result of these initiatives was the V3 tiles, which were rolled out last year. Tesla’s Solar Roof installations have been steadily ramping then, but just like the company’s energy division, its growth was mostly in the background.

Prior to the third-quarter earnings call, Tesla Energy made headlines after roofing company Weddle and Sons Roofing announced that it was able to complete a full Solar Roof installation in just four days. The project was no joke either, as the system was comprised of 15 kW of Solar Roof tiles that covered about 4,000 sq.ft. (about 372 sq.m). This was a milestone for the company, but as noted by Tesla in its Q3 2020 Update Letter, this installation was not even the fastest to date.

Tesla revealed in its third-quarter Update Letter that it has been able to complete a full Solar Roof installation in just 1.5 days. The company did not indicate the size of the system, though it did provide images depicting the installation’s progress. This update, together with the recent report from Weddle and Sons Roofing, shows that steadily, Tesla’s Solar Roof tiles are becoming faster and easier to install.

Tesla Energy’s growth in the third quarter was incredibly impressive, with the company deploying 57 MW of solar, a 111% growth from the second quarter. The company also announced that 759 MWh worth of battery storage was deployed, an 81% increase from Q2 2020. These milestones tend to be pushed aside by the company’s FSD and EV developments, but if Tesla Energy continues at this pace, it would only be a matter of time before the company’s solar and battery storage systems end up becoming a force that will be incredibly difficult to ignore.

Interestingly enough, the Tesla Solar Roof does not really have a lot of competition in the residential solar market in the United States. Granted, products like the SunTegra Solar Shingles could provide some competition, but the overall lineup of rivals for the electric car maker’s V3 tiles are relatively few. With this in mind, the potential path to dominance for the Tesla Solar Roof seems to be mostly clear. Tesla just has to produce them at volumes that meet demand.

Tesla’s reach into the residential market has actually been growing. EnergySage’s eleventh semiannual Solar Marketplace Intel Report, for one, concluded that the Tesla Powerwall 2 is pretty much dominating the US residential market for stationary storage. The competition, comprised of battery storage units from companies like LG Chem, lie far behind, with the Powerwall dominating about half of the quotes given in EnergySage’s Marketplace.

Elon Musk spoke about the Solar Roof’s potential in Tesla’s recently-held earnings call. Just like before, Musk was optimistic about the shingles, though this time around, the CEO seemed to be more certain about its upcoming disruption. Musk even remarked that the Solar Roof’s status as a “killer product” will become evident next year.

“When you look around the neighborhood in the future, decade from now, what do you want? What products are going to make your life better? What future do you want? And I think a future where we’ve got beautiful roofs generating energy that are tough and resilient and better in every way than a regular roof and alive with energy, that’s the future we want. Solar Roof is a killer product. This will become obvious next year,” he said.

Tesla Solar Roof is becoming a stealthy killer, and no one is standing in its way