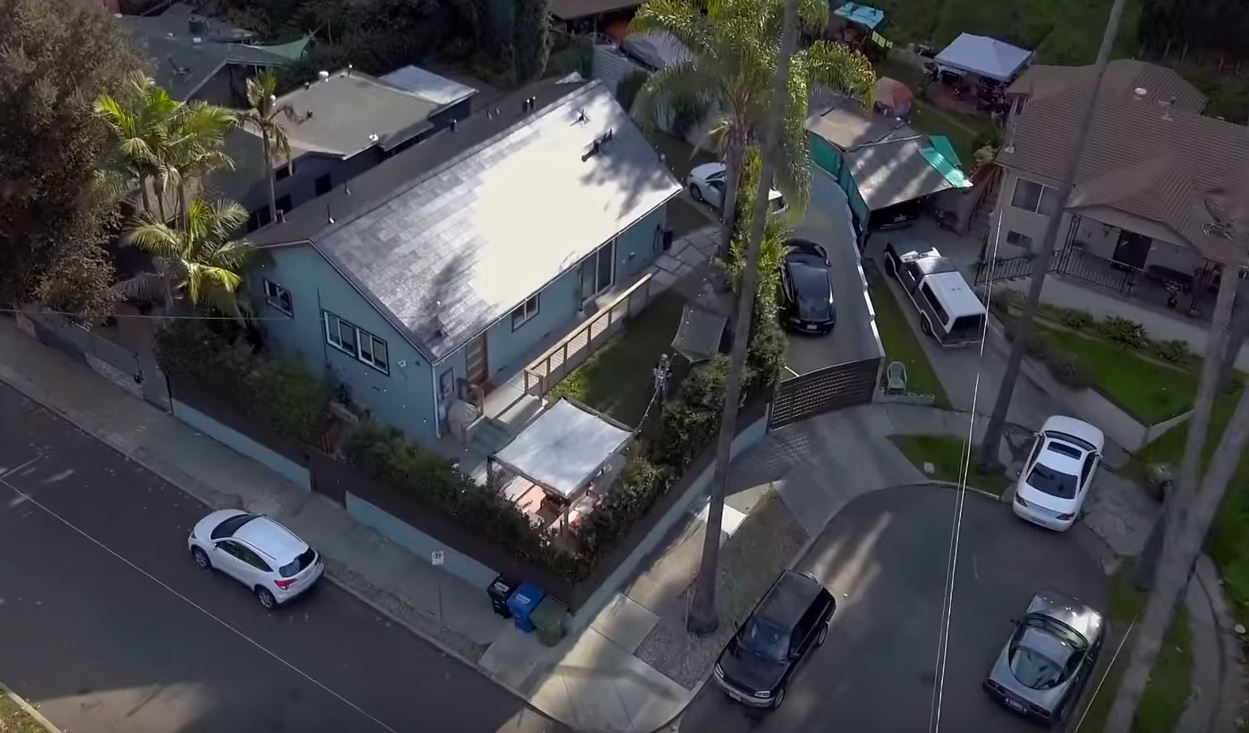 As the cost of installing solar drops in the United States by as much as 70% in the last decade, more and more homeowners in the US are considering a switch to greener energy. At the forefront of Tesla’s push into residential solar is its flagship Solarglass roof, which are essentially solar cells that look like standard roofing tiles. Yet, inasmuch as Tesla’s Solarglass tiles have caught numerous headlines in the past, many questions about the product, such as its durability, installation process, and real cost, remain.

Los Angeles, California-based Austin Flack is one of the first consumers to get a Tesla Solarglass Roof. In a recent video shared on YouTube, Flack decided to share his first impressions about his Tesla Solarglass experience.

“We placed our order in early November and were scheduled for installation in mid-December, but rainy weather pushed installation into January. Unfortunately, the federal rebate fell from 30% in 2019 to 26% in 2020, but Telsa was kind enough to give us a 4% discount to make up the difference,” Flack wrote on the description of his review on YouTube.

Prior to the announcement of Tesla about the latest version of the company’s flagship solar product in October 2019, Flack and his wife thought of getting Tesla solar panels but they discovered that their roof, which measures 1,745 sq.ft., wasn’t properly designed and installed.

The couple decided to compare the cost of getting a new composite roof plus the Tesla solar panel array they need. Estimates for the composite tile roof ranged roughly between $9,000 and $12,000. Meanwhile, Tesla calculated that their Los Angeles home would need a system size of around 9.087 kW with some room for energy needs to grow. The quote from Tesla for the Solarglass Roof is $33,749 after rebates. This price is about $3,000 more expensive than the cost of getting a composite tile roof with the equivalent solar panel array setup.

According to Flack, they went for the Solarglass Roof and found the price reasonable “given the enhanced aesthetics of solar glass and how much value it might add to our home.”

Installation of the Solarglass Roof started on Jan. 6 and took 7 days including removal of the old roof, installation of Solarglass tiles, replacement of other roofing elements, and hardware setup.

Flack shared that their new roof is mostly solar tiles with some dummy tiles for the edges and to fit near the vents and pipes. The roof was also raised by about 1.5 inches to have some space for wiring and ventilation.

From the solar tiles, Tesla neatly installed conduit boxes in their attic and directed the power to a DC inverter, shutoff switches, and 200 amp electrical box.

The couple is still waiting for the final approval to turn on the system and promised to post an update video once it’s online.

“For now, we are very happy with the Solar Glass. It’s beautiful. It’s durable. It’s guaranteed for 25 years, and when fully operational it will completely zero out our electrical bill,” Flack said.

Tesla’s solar business had its moments under the cloud and seemingly losing its shine amid rising competition from smaller solar roof installers and lower subsidies for solar panels. With the solar business’ back on the wall, Elon Musk re-aligned and reignited Tesla’s solar push with the promise to ramp up production and aim to install more solar roofs compared to previous years. Musk showed a more cautious side and for most, that was a good thing.

“In the long term, I expect Tesla Energy to be of the same or roughly the same size as Tesla’s automotive sector or business. This is the most underappreciated group. I think it could be bigger, but it’s certainly of a similar magnitude to Tesla Solar. Meaning, if you take Tesla Solar plus battery stuff, Tesla Energy is, I think, the least appreciated element,” Musk said.

At present, Tesla offers $250-incentive for new customers and for people who will refer other buyers.

In December, Tesla also installed canopies for their solar test houses in its Fremont factory, reminiscent of how it used big tents to solve Model 3 production issues. During the same period, Tesla looked to hire more installers to beef up its teams in California, Texas, Nevada, and Florida. In Q3 of 2019, the company deployed about 43MW of solar, about 48% more compared to Q3.

Check out Austin Flack’s first impression of the Tesla Solarglass Roof below: