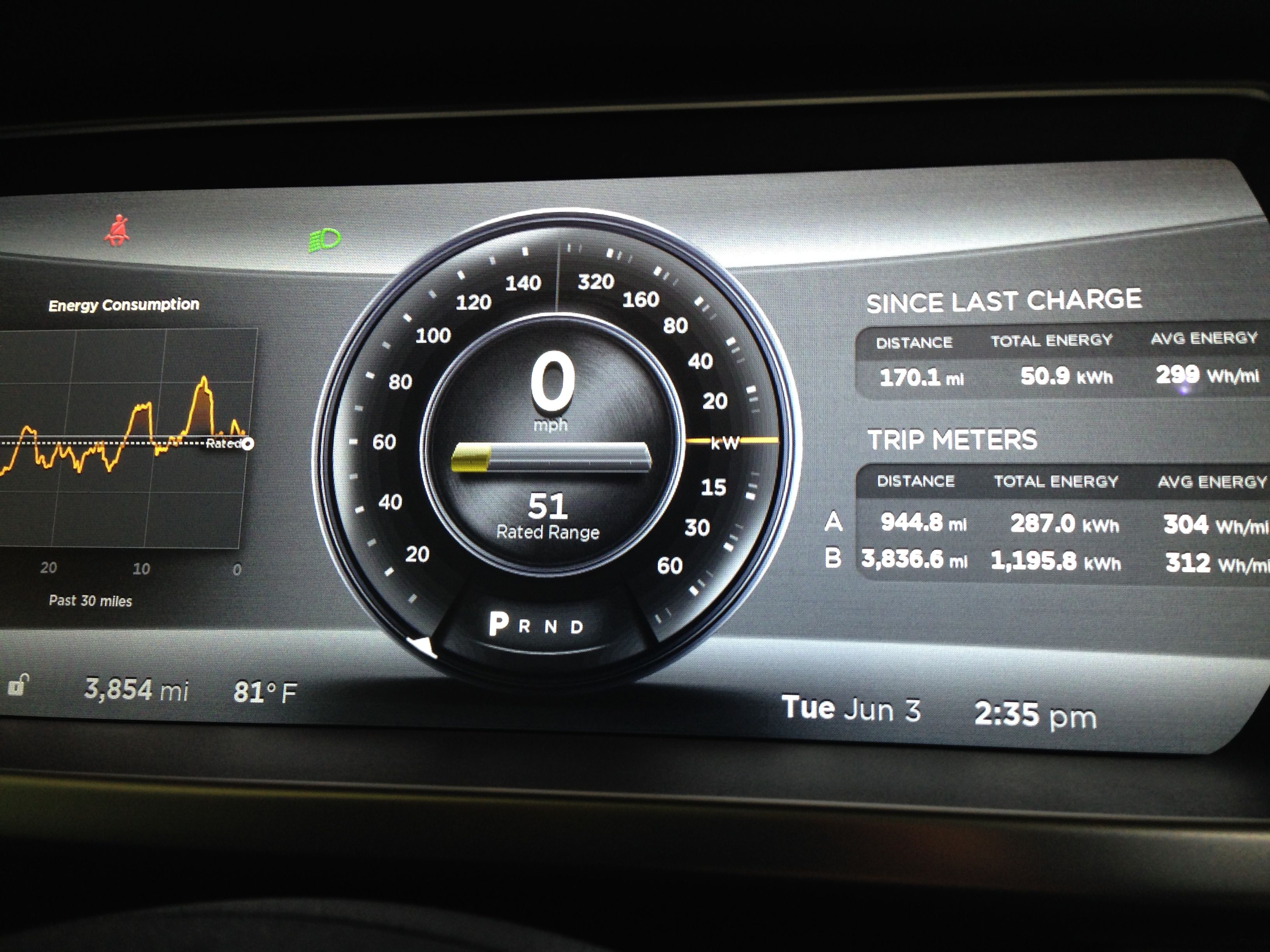 Maintain Tesla Supercharger etiquette by notifying others when your charging stall is available. I found myself low on charge today while I was out and about. A late night car wash Monday night due to an overloaded weekend messed up my normal routine so I didn’t plug in for my nightly charge. Normally I can probably go about 2 days on a charge, but yesterday was unusually heavy mileage and I faced more of the same today.

I swung buy the Tesla store in the AM to see if I could grab a quick charge before lunch but the two HPWC’s were occupied with test drive cars.

I was out of luck, so I went to work and ran my post lunch errands as usual. With 51 miles of rated range left and a 50 mile commute home ahead of me, I swung by the Tesla store again in hopes to find an empty charging stall. Lucky for me a test drive event had just ended. The Tesla employee helpfully moved the car so I could plug in. I needed enough charge to get home and estimated that a 100 miles of rated range would suffice. It was an unusually warm day for Massachusetts and I knew I had to account for the extra power consumption due to having the A/C on.

I needed to get back to work and didn’t want to come back and move the car again until my day was done. At the same time I also didn’t want someone else who needed a charge to be blocked by me so this left me with a few options: