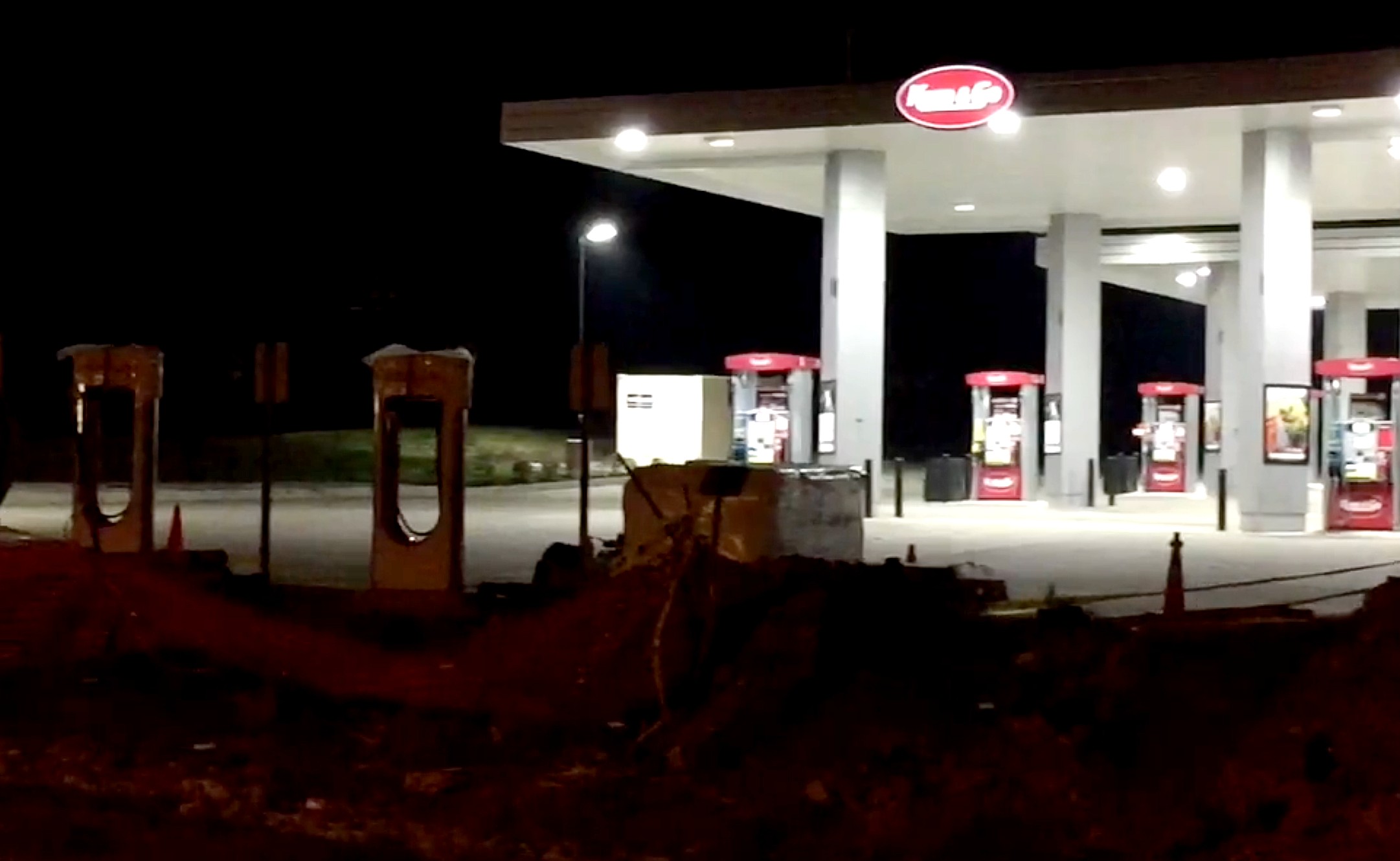 Back in 2017, convenience store chain Kum & Go said the Tesla Model 3’s stellar pre-order numbers drove its initiative to build EV charging stations at several key outlets. The program has since grown. Recent reports indicate that the Kum & Go site in Joplin’s 5002 S. Main St, located close to an exit to Interstate 44, is getting its own Tesla Supercharger.

The Tesla Superchargers will be open to the public in about one to two months, according to a statement from the convenience store chain. Ken Kleemeier, Kum & Go’s vice president of fuels, noted in a statement to The Joplin Globe that the location is so far the only one in the company’s vast network of stores that will have Tesla Superchargers, at least for the time being.

Kleemeier shared that the partnership with Tesla is part of the company’s larger strategy to offer rapid-charging stations for the growing number of electric car owners in the country. With the Joplin site’s Tesla Superchargers, 17 Kum & Go outlets out of its 400 stores offer EV charging services. He added that the EV charger installation program’s pace could accelerate as the adoption of electric cars increases.

Kum & Go has adopted a rather friendly stance on Tesla for years. When it announced its EV charger program in 2017, Derek Nelson, the company’s manager of sustainability, cited Tesla’s growth as a sign that EV adoption was accelerating. “That’s disruption. Over the next 10 to 20 years, we’re going to see more transformation in this space when it accounts for our transportation than we’ve seen in the last 20 years,” Nelson said.

Watch a feature on Kum & Go’s upcoming Tesla Supercharger in the video below.