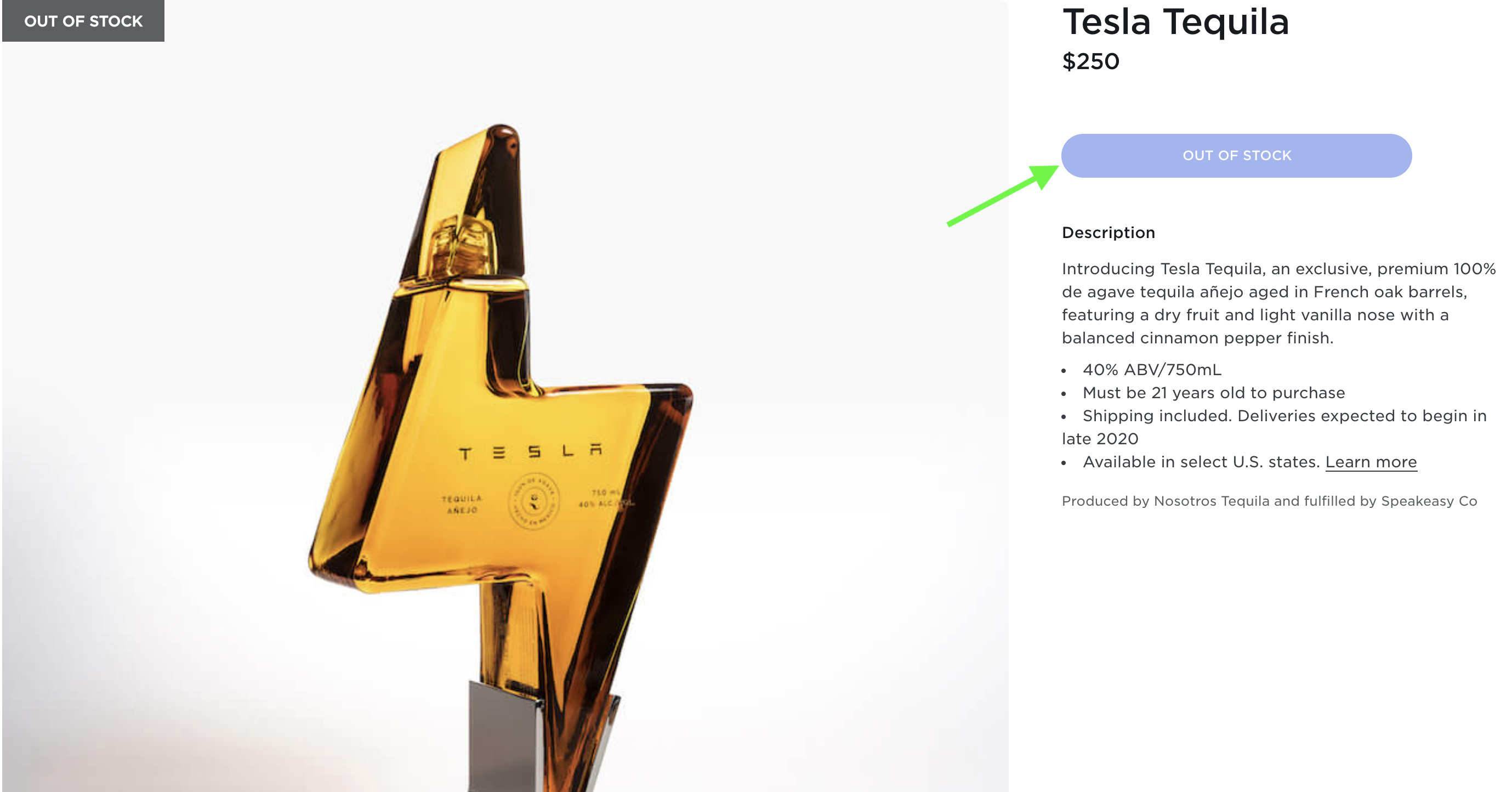 Tesla CEO Elon Musk says the company’s Tequila product will “hopefully” be available once again next month after a quick sell out in November.

Tesla finally launched its long-awaited liquor earlier this month. For $250 plus tax, enthusiasts of the sustainable energy company could get their hands on the lightning bolt-shaped bottle that comes encased in a cool and unique packaging.

However, supply constraints certainly were a factor in how many people were able to get their hands on the tequila, which will begin arriving at customer doors shortly. The Tesla Tequila was no longer available after a few hours, and some of those who were lucky enough to get an order processed had already listed them for sale on eBay.

Musk updated fans on the availability of the Tequila in a Tweet on Tuesday, November 17th, stating that there will “hopefully” be more available in December.

They’re on their way! Hopefully, more Teslaquila next month.

The introduction of Tesla Tequila was based on an April Fool’s joke several years ago when Musk stated the automaker had gone completely bankrupt and had to file for “Chapter 14 and a half” bankruptcy.

Initially, Teslaquila was sought after by the automaker for the name of the booze, but the rights weren’t attained and Tesla Tequila was what the company ultimately went with.

The replenishment of the Tequila will likely be a short-lived occurrence, as many will be waiting for the day that it becomes available once again. A similar happening took place with Tesla’s Short Shorts, which crashed the company’s website over the summer.

Be sure to check Tesla’s online shop for updates, Tesla Tequila could be the perfect holiday gift for the Tesla enthusiast in your family (who is 21 years of age or older, of course).