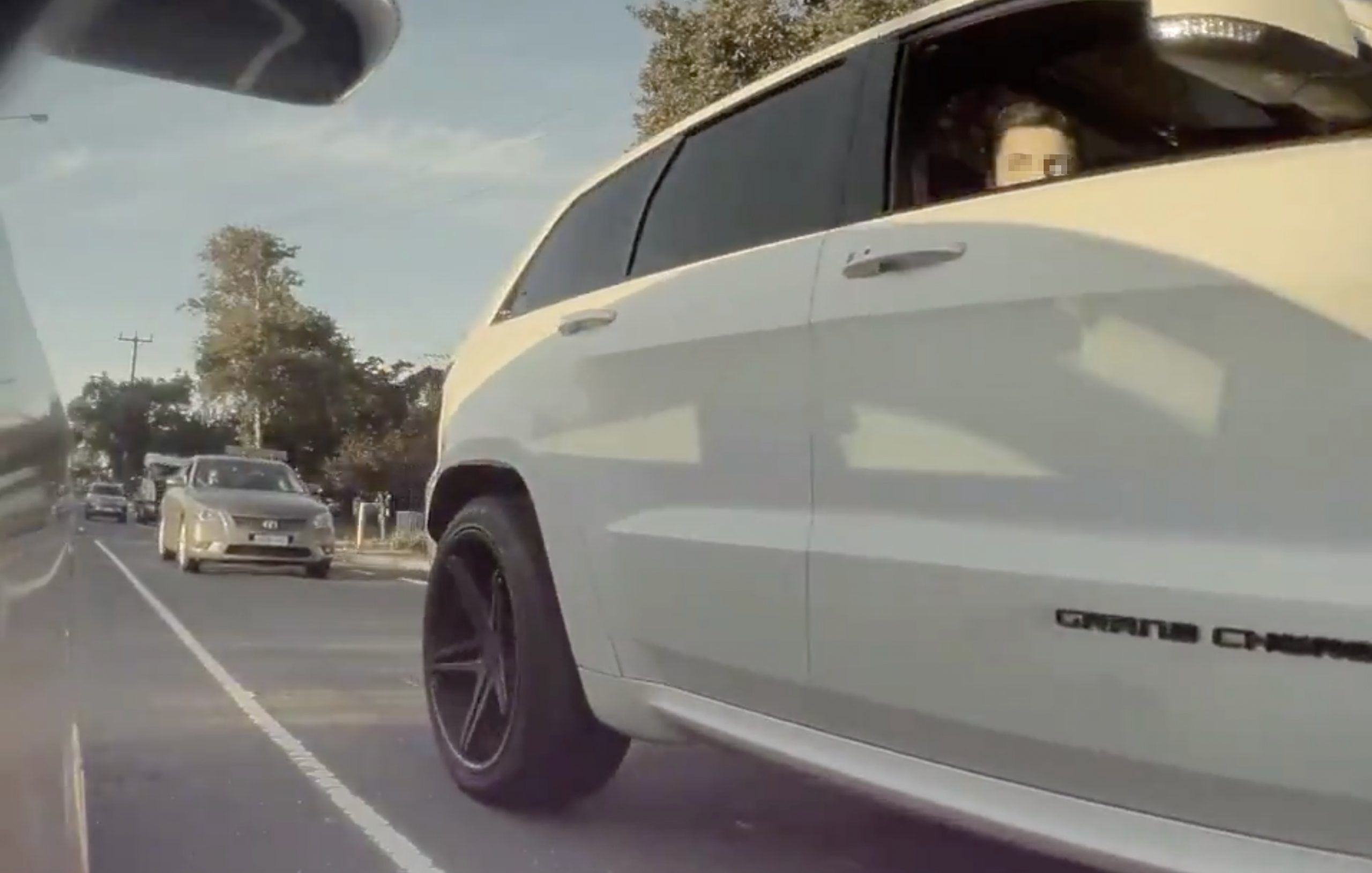 A Tesla Model 3 Performance recently showcased the advantages of electric propulsion in Australia after a hulking Jeep Cherokee SUV challenged the battery-powered sedan to a quick stoplight sprint.

A video of the quick stoplight sprint was shared on Twitter by Model 3 Performance owner @JPTSLA. As could be seen in the short clip, the driver of the Grand Cherokee made it apparent he was interested in racing the Model 3 while the two vehicles were at a stoplight.

After getting a slight head start, the Jeep was quickly overtaken by the Model 3 and left in the dust. The driver of the Jeep then rolled up to the Model 3 with a wide smile. He also gave a sign of approval for the all-electric sedan with a thumbs-up, lightly admitting defeat.

The Performance variant of the Model 3 is noted as the fastest available version of the vehicle available for purchase. The car is capable of a 3.2-second 0-60 MPH time, making it one of the quickest sedans available on the market. Its Track Mode V2 feature also allows the vehicle to be tuned according to a driver’s settings, allowing the vehicle to fly through the corners of a track.

Meanwhile, the Jeep Grand Cherokee is available in seven different trims: Laredo, Limited, Trailhawk, Overland, Summit, SRT, and Trackhawk. Each trim offers different specifications in acceleration, speed, off-roading capability, and powertrain options. While the exact variant of the Grand Cherokee the Model 3 Performance went up against in this video is unknown, it appeared to be no match for the Model 3.

Tesla vehicles have gained the reputation of having high-performance and bleeding-edge tech. Time and time again, Tesla owners are reporting that drivers pull up beside them at stoplights challenging their electric vehicles to a race. Among those who are unaware of an electric vehicle’s instant torque, many eventually learn that their car is at an extreme disadvantage, just like the driver of the Jeep.

The only car to beat me is another P3D, here @Michael01996367 pic.twitter.com/dLxkVauD8F

@JPTSLA stated he had been challenged by many vehicles in stoplight drag races since purchasing his Model 3. However, only one vehicle has ever really overtaken his car at the stoplight: another Tesla Model 3 Performance.

The Model 3 Performance’s dominance of the Jeep Cherokee is a testament to Tesla’s capabilities as a car company. The electric car maker seems set to refine its vehicles’ capabilities too. Just last week, Tesla released Track Mode V2 for the Model 3 Performance, along with a separate Track Package that included race-optimized wheels, tires, and brakes. With this, the Tesla Model 3 can be tuned from a quick everyday stoplight sprinter to an actual track weapon.