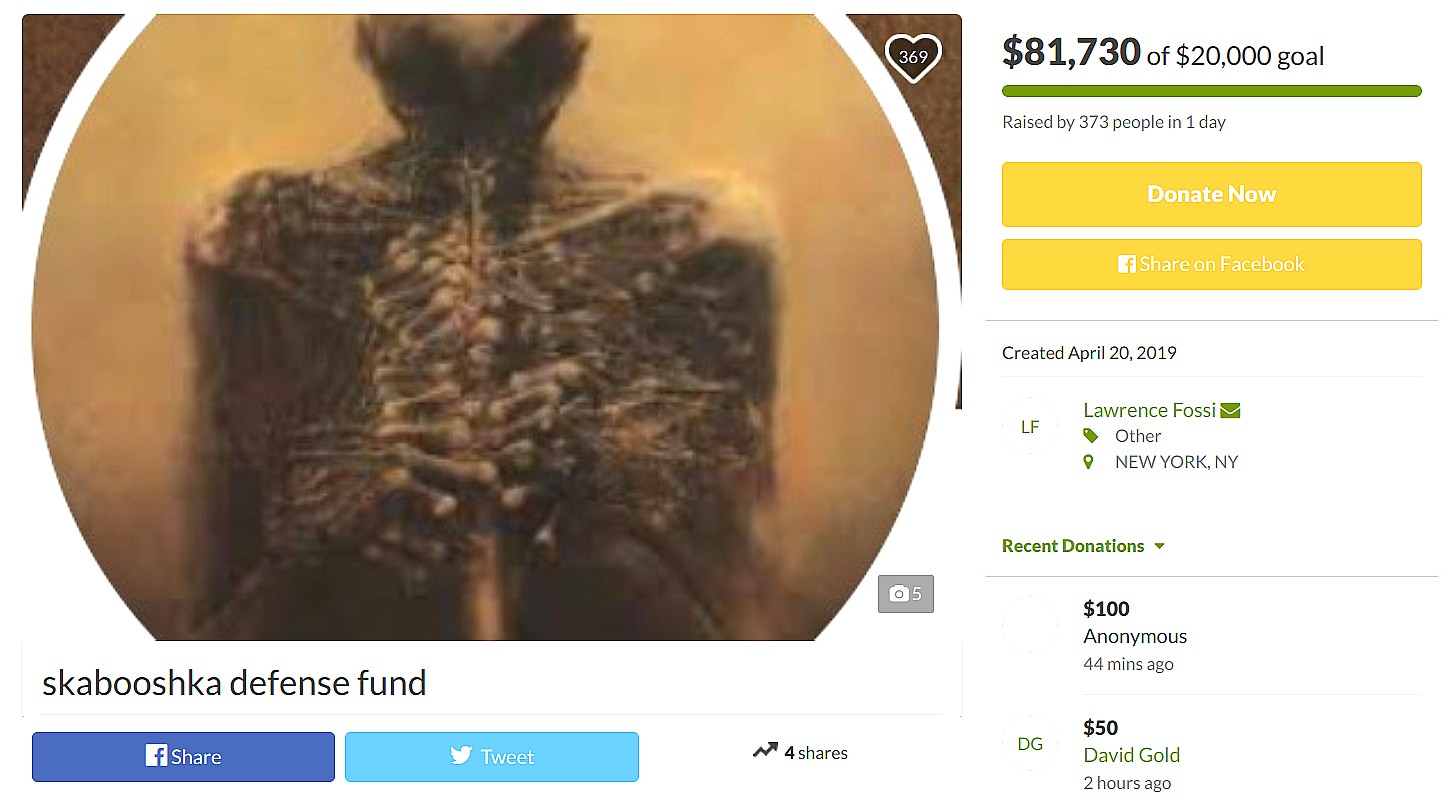 One of Tesla’s fiercest critics who was reportedly forced to cease his online initiatives against the company has returned to start a GoFundMe page for another TSLA bear, who was recently issued a temporary restraining order for stalking, harassing, and endangering a group of employees from the Fremont factory. The fundraiser has been successful so far, with 373 people raising over $81,000 in just one day.

On Friday, the Alameda County Superior Court in CA granted a temporary restraining order against Randeep Hothi, the man behind @skabooshka, a prominent anti-Tesla account on Twitter. Tesla accused Hothi of committing several offenses against the company, including injuring a member of its security personnel, and later, and harassing a group of employees who were filming a demonstration of Navigate on Autopilot in a company-owned Model 3. The temporary restraining order is effective until May 7, when a hearing is set for the noted TSLA bear.

With Hothi’s hearing approaching, the TSLAQ community (a group of individuals aiming for Tesla to fall) has mobilized to raise funds for their fellow detractor. The GoFundMe page was started by Lawrence Fossi, a fierce Tesla critic who wrote and tweeted under the pseudonym Montana Skeptic. Fossi was one of the TSLAQ community’s most active members, at least until he was reportedly forced to cease his online activities after Elon Musk contacted his boss to complain about his actions. Fossi described the goal of the GoFundMe page for Hothi as follows.

I am Lawrence J. Fossi and wrote at Seeking Alpha under the pseudonym of Montana Skeptic. I learned today that Tesla Inc. has obtained an ex parte (only one side represented) temporary restraining order against $TSLAQ member @skabooshka.

What will follow over the next two weeks or so is “discovery” (depositions, written questions) and an evidentiary hearing to determine whether Tesla can obtain a temporary injunction. Tesla alleges @skabooshka is a dangerous person. I believe he is a seeker of truth who has done valuable work and deserves a vigorous and capable defense.

Tesla’s TRO application was triggered by @skabooshka’s effort to determine the true nature of the forthcoming “Investor Autonomy Event”. I believe important First Amendment rights are at issue, and urge you to support his effort.

Funds will be used to pay @skabooshka’s legal expenses in defending against the Tesla legal action, and in bringing any appropriate counterclaims. Any and all excess funds will be donated to a good related cause, with full disclosure about the recipient or recipients, and proof of donation sent to all donors. Many thanks.

Hothi has received an outpouring of support from the Tesla bear community. A look through the donations given to the fundraiser so far shows several known Tesla shorts, including Stanphyl Capital’s Mark Spiegel (who is tapped at times as a source for TSLA insights by mainstream media), @TeslaCharts, and Fossi himself donating significant amounts. In an update to the fundraiser, Fossi pledged that the money raised through the GoFundMe page will strictly be used for Hothi’s legal needs.

While the response to Hothi’s GoFundMe page is quite impressive, it should be noted that Tesla only filed a restraining order against the Tesla bear after he reportedly endangered the lives of three Tesla employees. On April 16, three employees were filming in a Model 3 when Hothi reportedly stalked and harassed them. So aggressive were Hothi’s actions that the Model 3’s crash avoidance systems were activated. Fearing for their safety, one of the Tesla employees in the vehicle promptly called the police to report the incident.

According to Tesla, the April incident was not the first time that Hothi committed acts against the company. Back in February, the TSLA short reportedly struck a security employee with his car when the latter was about to give him a verbal warning for trespassing into the Fremont factory’s grounds. The matter was also reported to the police, who attempted to issue a warning notice of trespass. Unfortunately, the warning was never given since Hothi proved uncooperative in meeting with Fremont police officers.