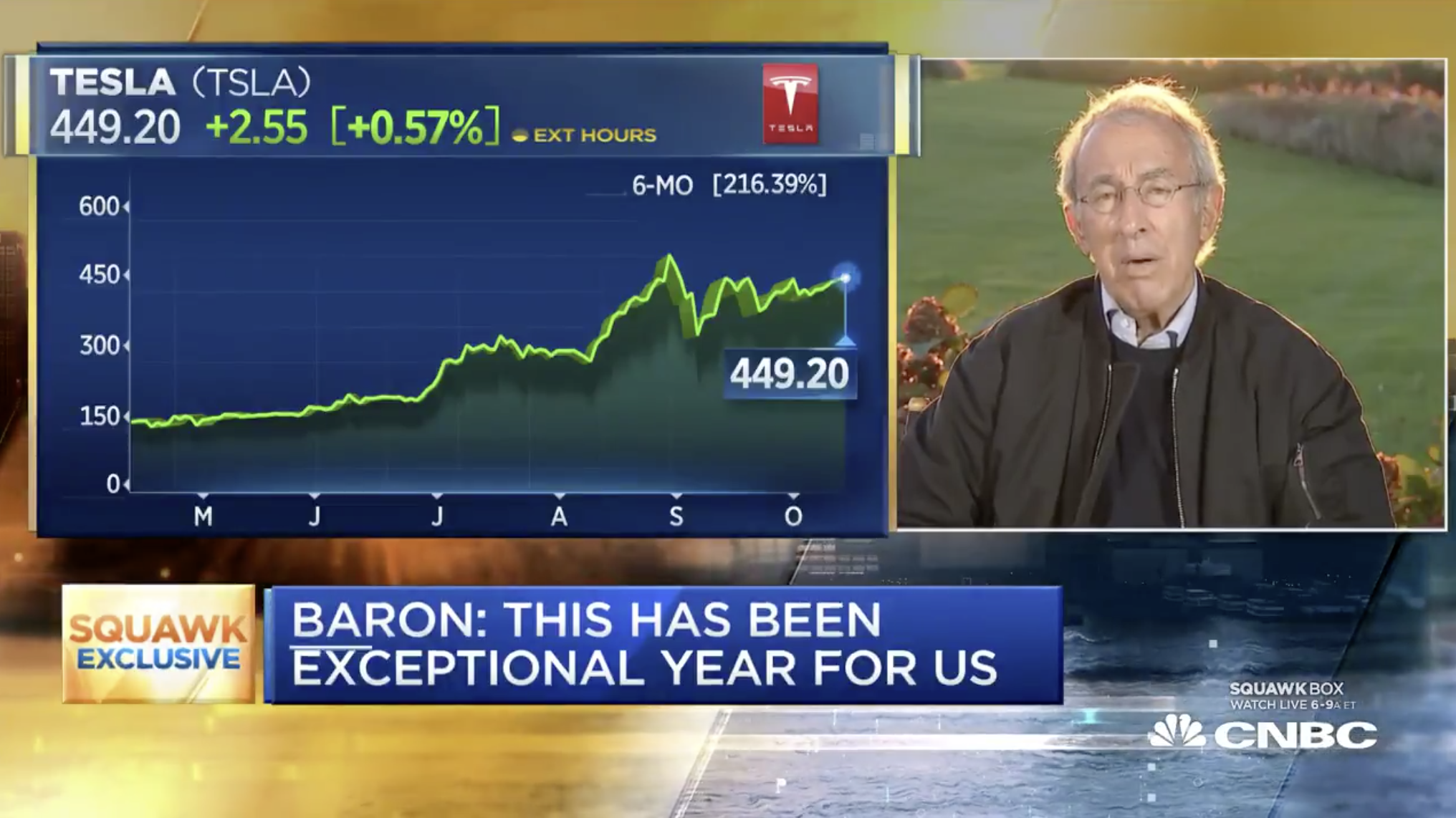 Tesla (NASDAQ: TSLA) bull Ron Baron laid out how the electric automaker can reach a massive $2 trillion market cap earlier this morning on an episode of CNBC’s Squawk Box.

Baron, a notable Tesla long, holds over $1.5 billion in TSLA stock and believes the automaker has the potential to reach massive market capitalization levels within the next few decades.

Baron and his firm, Baron Capital, have watched Tesla grow ten-fold since they first invested in the automaker years ago. Since then, Tesla has gone from a small and unsuspecting car company, to a massive example of manufacturing, innovation, and efficiency. For Baron, the sky truly is the limit.

“I’ve said for a long time that it is going to be $1 to $2 trillion. With what developments have taken place recently, I think $2 trillion is the right number,” Baron said.

Baron is likely talking about the company’s recently-held Battery Day event, which took place on September 22nd. Tesla released its plans for a new, in-house 4680 battery that has exponentially more potential than its past 2170 cells that have been used in the Model 3 and Model Y.

Tesla’s stock price, however, is not what concerns Baron. He noted during the interview that the company grew in size without the stock price deviating much from its price points for a few years. However, the technology and software developments that Tesla has released through its self-driving infrastructure, along with its increase in production and deliveries, have caused the price per share to skyrocket over five-fold so far in 2020.

With the recent developments in the company’s products, Baron is confident that sales can go from $35 billion and grow 50% a year over the next ten years. This could lead to over $750 million in automotive sales. But, that is not even considering the fact that Tesla is manfacturing its own battery cells, and plans to grow that production significantly over the next few years.

“The batteries is another unbelievable business, which I’m very excited about” Baron said. “With that kind of valuation, you’re going to see five-times appreciation over the next ten years.”