Tesla shares up $6 billion in market cap, smashes through “death cross” in 1-week

Tesla shares have rebounded nearly 15% in the last week after taking a 20% tumble between September and November. While volatility in the stock isn’t out of the ordinary, the recent gains mark a significant turn of events for the Elon Musk-led electric car and energy company, as it smashed through a bearish “death cross“.

Contributing to the $6 billion gain in market cap since December 5, when shares of TSLA closed at $303.70, are wide reports that a large number of Model 3 vehicles are being stored in its Northern and Southern California facilities. Hundreds of Model 3s were recently spotted at Tesla’s Fremont delivery center. Teslarati also noted at least a dozen Model 3 on the lot of  the company’s newest delivery center in Los Angeles. Investors could be interpreting this information as a sign that Tesla has solved early production bottlenecks and poised to meet its volume production targets.

In addition to the increase in Model 3 sightings, several of the world’s leading manufacturers have announced that they will be augmenting their supply chain with a fleet of Tesla Semi trucks. Anheuser-Busch, the brewing company behind beer giant Budweiser, reported that it will add 40 Tesla Semi trucks to its fleet. This was followed by an announcement made by a global food and service distribution company, Sysco Corporation, who said they have purchased 50Tesla Semi trucks as part of a company commitment to reduce environmental impact for its operations.

“We are excited to begin the process of incorporating alternative-fuel trucks into our fleet,” said Sysco’s President and COO, Tom Bené.

Arguably the biggest mover of Tesla’s stock was the announcement that PepsiCo, one of the world’s largest snack and beverage companies, will be adding 100 Tesla Semi trucks to its fleet. The reservation of 100 units of Tesla’s all-electric truck represents the largest pre-order to date, a significant milestone for the Silicon Valley-based company who’s looking to disrupt the commercial trucking industry with more affordable and environmentally conscious transportation. 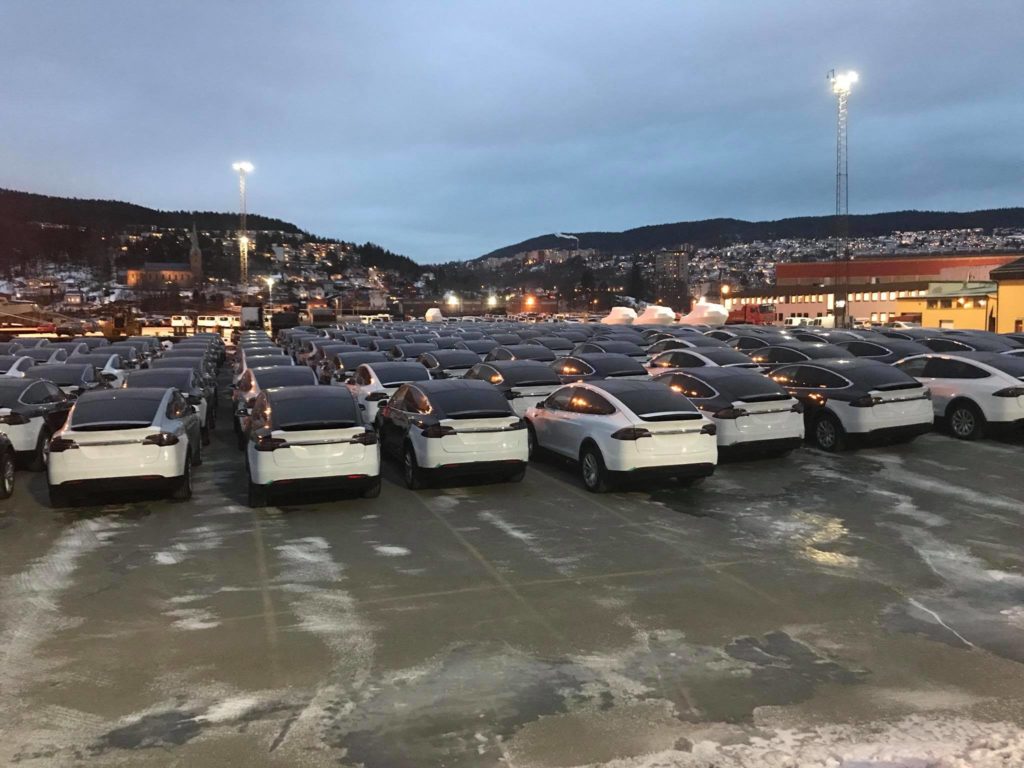 Signs that Tesla will close-out a strong fourth quarter with record Model S and Model X deliveries have also contributed to positive investor sentiment. The company implicitly increased its guidance for vehicle deliveries in the second-half of the year in its third quarter report, indicating that it expects to deliver 100,000 vehicles in the full-year. Considering the company delivered 47,000 Model S and Model X between January and the end of June of this year, this puts second-half deliveries at 57,000 units or roughly a 13% increase over first-half deliveries.

Despite the upbeat news this week, TSLA investors remain cautious after the stock popped in three-straight trading sessions. Tesla shares remain flat at the time of this writing, trading up and down less than 1% from yesterday’s $341.03 closing price.

Tesla shares up $6 billion in market cap, smashes through “death cross” in 1-week