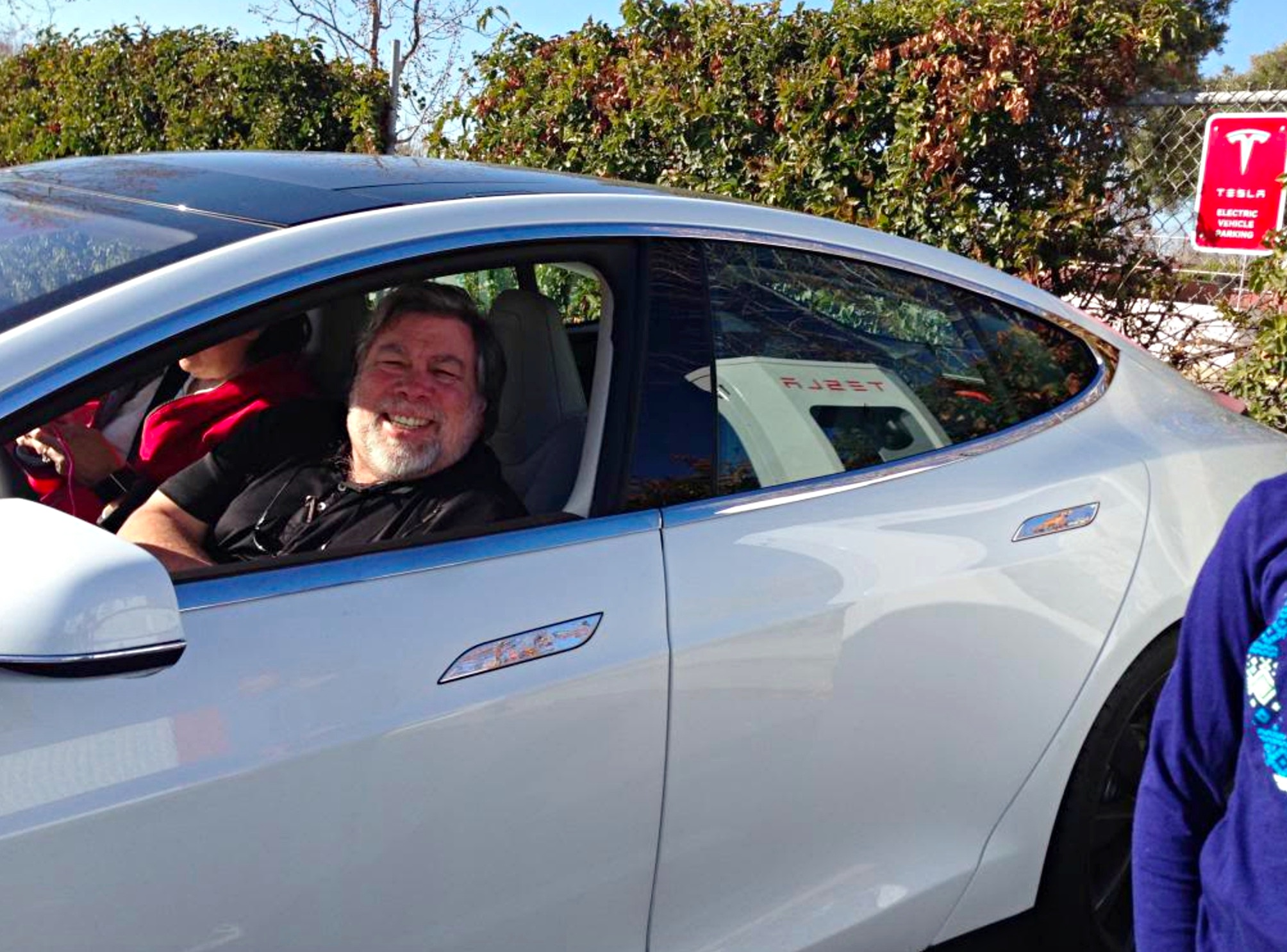 Steve Wozniak, co-founder of Apple, told Bloomberg Canada that he believes that Tesla is leading the industry with self-driving technology and vehicle electrification. Wozniak, a Tesla owner and fan, tells Bloomberg that Tesla has, “put an awful lot of effort into very risky things,” which in turn have propelled the company forward. Wozniak purchased a Tesla in 2013 and has since purchased another one for his wife.

Initially, Wozniak was hesitant to purchase a Model S in 2013, stating that Mercedes’ infotainment controls were more “ergonomic” than Tesla’s large center touchscreen. Woz recalls putting his Model S order on hold but would later change course, citing “he (Elon Musk) was pissed that I was getting a gas guzzler and that I wasn’t a Silicon Valley boy.” The strong words from Musk must have pushed Woz over the line, as he purchased his first Tesla later that year. “Elon was disappointed when, after waiting on the list for six months, my wife and I got cold feet and canceled our Tesla order… But then, one night, Janet came into my office and out of the blue said that, if I really wanted a Tesla, I could order one. So we bought the Model S,” Wozniak said in guest essay in July 2015.

In December of last year, the Wozniak’s purchased their second Tesla, a P100D. Previously, Wozniak has said that Tesla is the “biggest disrupter” in the marketplace and praises Musk for creating the first successful U.S. automotive manufacturer since 1927.

In Woz’s interview with Bloomberg Canada, he says, “some cars have actually taken small steps towards driving themselves… I think Tesla is on the best direction right now.” Woz also mentions Musk’s Boring Company, which is planning on creating a multi-layer tunnel system beneath Los Angeles. “It (the Model S) was really built for Elon Musk. When things come from yourself, knowing what you want in life and being in control of it, not letting others get every little aspect in it, that’s when you get the best products.” Wozniak added.