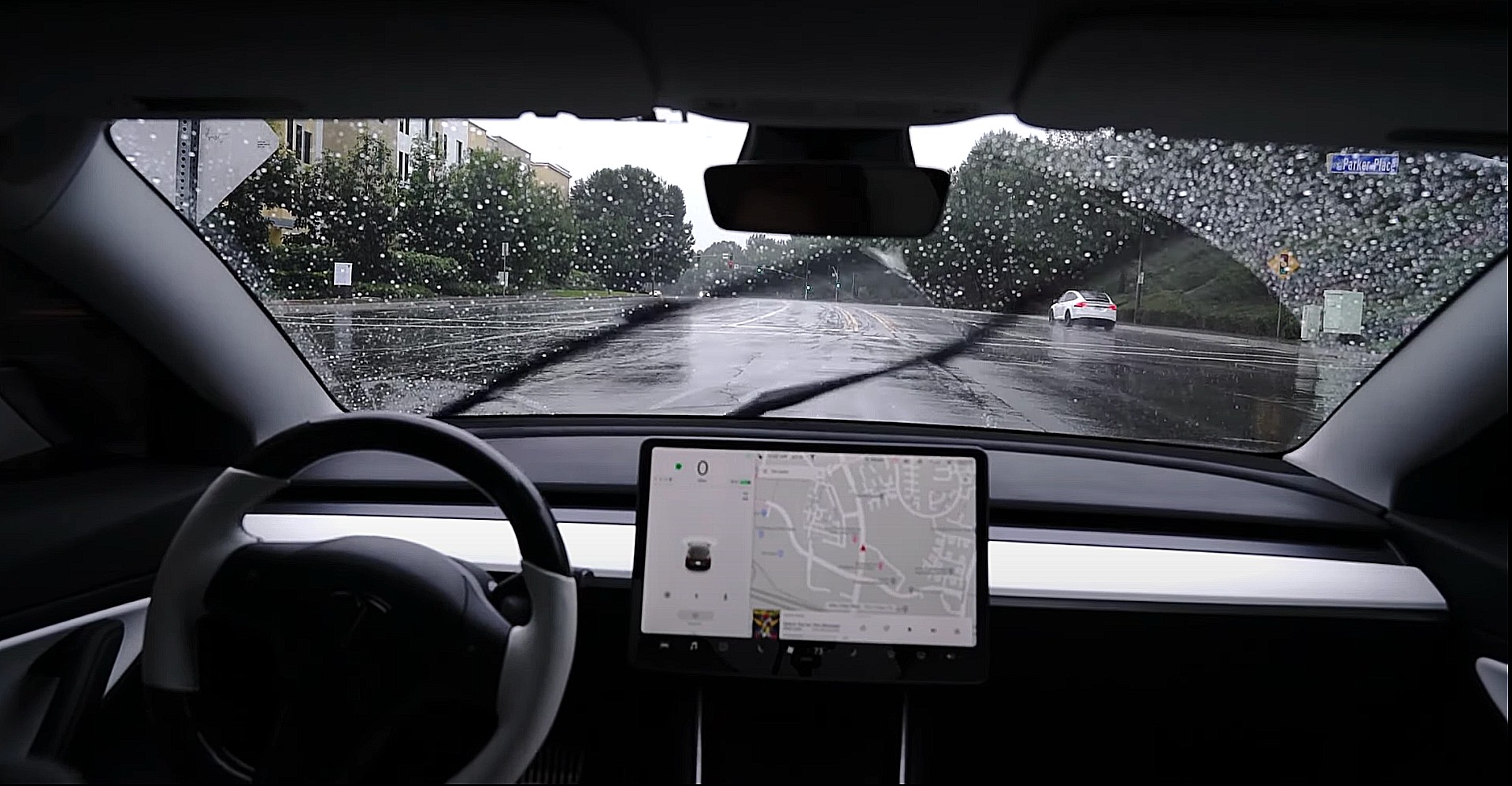 Tesla’s touchscreen wiper controls are under fire in Germany

The Tesla Model 3’s windshield wiper control has been deemed illegal when adjusted through the vehicle’s touchscreen dash display, a German court ruled.

A Tesla vehicle’s windshield wipers are controllable on the dash screen place in the middle of the cockpit. However, a German court has ruled that adjusting the wiper speed on the screen is no longer legal because it could distract a driver during operation.

The decision came after the owner of a Tesla Model 3 was involved in an accident while adjusting the speed of his wipers during a rainstorm, Auto Motor and Sport reported.

Tesla’s wipers automatically adjust their speed in the rain by using the vehicle’s installed Autopilot cameras. However, drivers can modify the speed of the wipers manually through the touchscreen.

In the instance of the driver in Germany, his driving was distracted when he had to use the touchscreen settings to adjust the speed of the wipers. After the accident, a local court gave the driver a one-month driving ban and a fine of €200 because he violated the “Improper Use of an Electronic Device in Accordance with Section 23 (1a) of the Road Traffic Regulations.” But, he wasn’t going to go down without a fight.

The case was protested by the driver, and it ended up reaching the Oberlandesgericht, more frequently recognized as the OLG. The word translates to “Higher Regional Court.”

After the hearing, the OLG ruled:

“The touchscreen (permanently installed in the vehicle of the Tesla brand) is an electronic device in the sense of § 23 Para, it does not matter what purpose the driver pursues with the operation. The setting of the functions required to operate the motor vehicle via the touchscreen (here: setting the wiping interval of the windshield wiper) is therefore only permitted if the view is only briefly adjusted to the screen for road, traffic, visibility and weather conditions and at the same time a corresponding turn away from the traffic is connected.”

The court ultimately ruled that the driver’s legal complaint against the verdict as unfounded.

The ruling in Germany has large-scale implications for Tesla’s future use of the touchscreen for controlling basic automotive functions. While texting and driving is illegal in many countries, including the U.S. and Germany, the touchscreen within a Tesla does not require extended periods of attention that should cause these long-term effects.

However, Tesla will have to adapt to the ruling and may have to provide a more traditional wiper control mechanism with the steering wheel stalk. The button on the left stalk releases wiper fluid and begins the operation of the wipers, but it would require pressing the button every few seconds to effectively combat heavy rainfall. Voice commands are also available.

Tesla’s touchscreen wiper controls are under fire in Germany