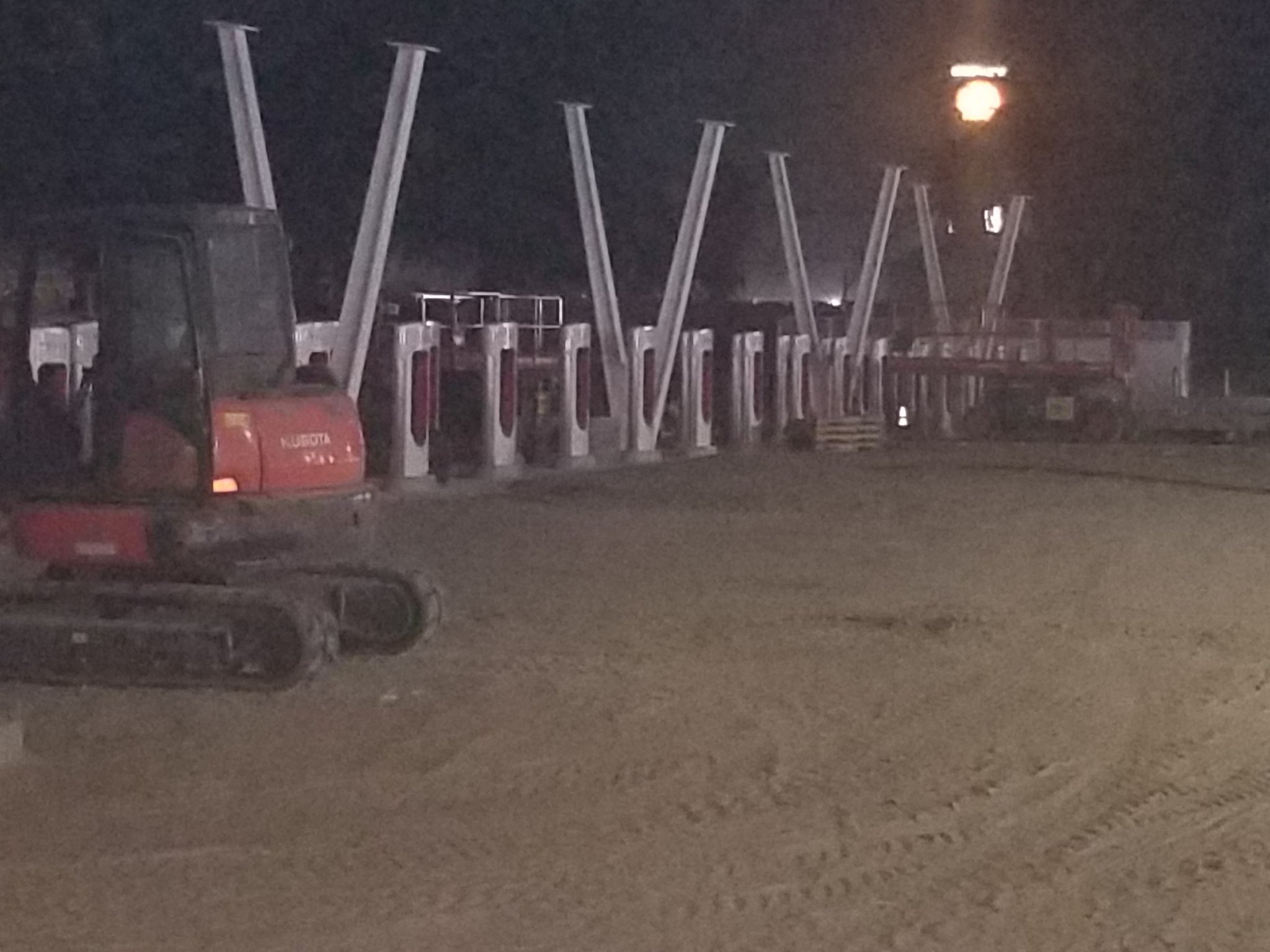 The Supercharger Network is arguably one of Tesla’s biggest strengths. Providing a rapid, seamless, and convenient way for electric car owners to charge their vehicles, the Supercharger Network is a service that is rarely matched by competitors. And Tesla being Tesla, the electric car maker never really let up in its efforts to spread its chargers across the globe. This is especially notable with the introduction of V3 Superchargers, which are capable of charging vehicles at peak rates of 250 kW.

But even among Superchargers, there are sites that are particularly impressive. The Kettleman Supercharger, for one, has made headlines due to its 40-stall capacity and its impressive lounge. Equally impressive is the massive 50-stall Supercharger in Shanghai, which was built during a time when the only Teslas being sold in China were the Model S and Model X. Now, it appears that another massive Supercharger is under construction, and it has the potential to be even more impressive than Tesla’s other premier charging sites.

As noted recently by Tesla enthusiast @bryanMackSC, he recently came across a Supercharger station that’s currently under construction in Firebaugh, California. The site seemed to be fairly new, as even trackers like supercharge.info did not list the site until very recently. What is rather interesting was that the Supercharger in question had over 50 stalls, making it notably larger than the Kettleman site, which is already one of the largest in the world.

It did not take long before fellow Tesla enthusiast @MontrealTesla, who tracks updates to the Supercharger Network, was able to retrieve filings for the Firebaugh site. As it turned out, the site will host 56 Tesla Superchargers, and it will be in the same vicinity as a full-fledged restaurant and convenience store. These were outlined in filings submitted for the site, one of which was filed with the County of Fresno’s Department of Public Works and Planning. “A total of 56 Tesla EV charging spaces will be provided, 2 of which will be ADA accessible (under a separate permit),” the filing noted.

The filings did not specify if the massive Firebaugh Supercharger will be equipped with the company’s V3 stalls, though considering that it would be one of the world’s largest Tesla charging stations, there seems to be a good chance that this will be the case. Equipping the site with Supercharger V3 stalls, after all, would allow the station to cater to a substantial number of Teslas every day.

Interestingly enough, the 56-stall Supercharger is also on the same site as a restaurant and convenience store. Elon Musk has actually mentioned an integrated 50’s themed restaurant in Tesla Superchargers before. Perhaps the Firebaugh Supercharger will be the first of its kind to adopt the Tesla CEO’s concept? The next few months will likely reveal if this will be the case.