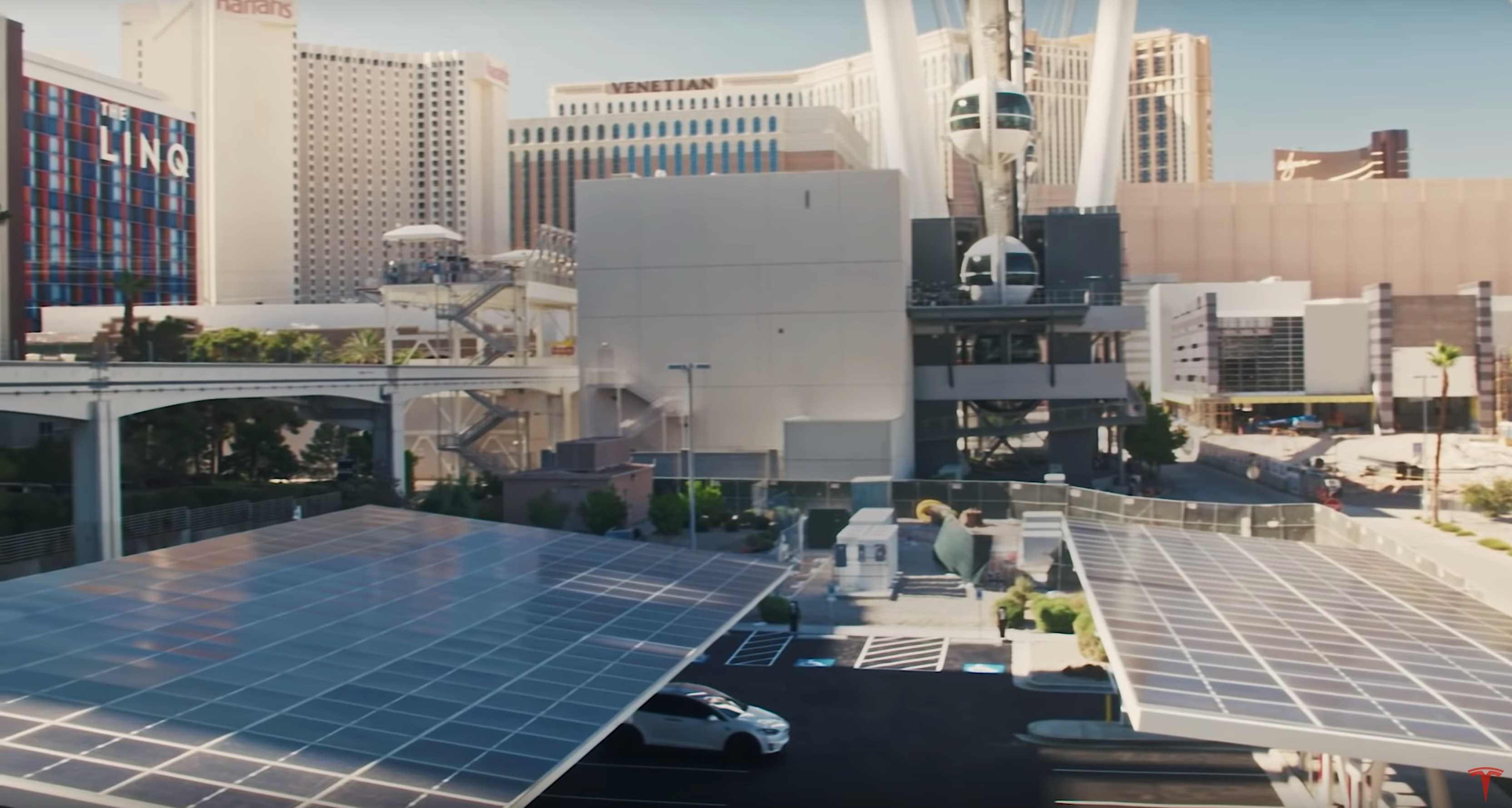 Tesla has opened one of its largest Supercharger V3 sites to date. Situated at the heart of the Las Vegas strip next to the High Roller at The LINQ, the expansive charging location is designed to accommodate over a thousand electric cars daily.

The Las Vegas Supercharger V3 station features the full Tesla Energy ecosystem, with solar panels collecting energy during the day, and Powerpack batteries powering the site at night. The location has 24 charging stalls, as well as 15 additional level-two Tesla Wall Connectors for owners who are parking their vehicles for longer amounts of time. With a total of 39 chargers, the Las Vegas station will likely play a notable role in supporting the growing number of Tesla owners residing in and visiting the Las Vegas, NV area.

Las Vegas has already been hosting over 6,500 Supercharging sessions per month, but with the new site being online, the city could accommodate an additional 1,500 vehicles per day. The initiative supports Caesar’s goal of reducing its carbon emissions by 30% by 2025, while also making Las Vegas an overall friendlier destination for electric vehicle owners.

What really makes Tesla’s Supercharger V3 special is the speed offered by the new charging infrastructure. With a maximum power output of 250 kW or 1,000 miles per hour, V3 stations are able to replenish up to 180 miles worth of range in 15 minutes. Tesla owners using V3 chargers are also not required to split power with neighboring vehicles, which ensures that every electric car in the location gets a consistent level of power.

So far, compatibility with Supercharger V3’s 250 kW peak rates is exclusive to the Model 3, though Tesla has rolled out improvements for the charging capabilities of the Model S and Model X as well. Among these are On-Route Battery Warmup, which allows vehicles to intelligently heat the battery to ensure optimal temperatures for charging, and unlocking peak charge rates of up to 150 kW for the Supercharger V2 Network.

Interestingly, Tesla’s announcement for the Las Vegas Supercharger V3 station featured a Model X charging in the location. Considering that Tesla is yet to announce a peak charge rate of 250 kW for the flagship Model S and Model X, the use of the vehicle for the V3 video is quite interesting. Perhaps V3 compatibility is just around the corner? One can certainly hope.