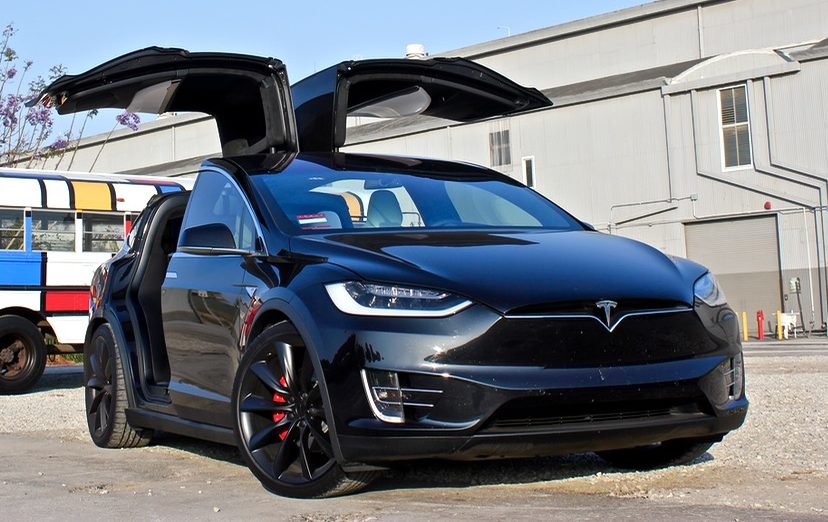 Arguably the most striking feature of the Tesla Model X is its unique falcon wing doors and the ability for them to open with flair even in the tightest of parking spaces. Because, unlike traditional gullwing doors that swing open on a single hinge, requiring nearly double the vehicle’s height when fully open, the sensor-laden Model X falcon wing doors can articulate on two hinges while dynamically adjusting its opening and closing angles based on obstacles within its proximity.

Referencing a diagram of the falcon wing door from page 27 of the Model X Emergency Respondent’s Guide, we can see that the backbone supporting the door assembly is lined with high tension springs (shown in red) that are designed to assist with raising the doors. Tesla Model 3 reservation holder and man behind Model 3 Owners Club Trev Page has produced yet another an in-depth video – his first being the fantastic deep dive look at hidden details behind the Model 3 – this time taking a look at how the dual-hinged Model X falcon wing doors operate.

Page brings to light Tesla’s use of electronic actuators combined with high tension springs for raising and lowering of the falcon doors. And best of all, he demonstrates this operation through a homemade creation built completely out of LEGO.

Watch the video below as Page uses a LEGO version of the falcon wing door to demonstrate how actuators use a push-pull configuration to articulate the upper portion of the door.

The complexity of the falcon wing doors has made it a pain point for Tesla during production. Under pressure earlier in the year to ramp production of the Model X and improve upon quality, CEO Elon Musk has publicly stated that he has a sleeping bag near the end of the production line and personally inspects Model X.

Musk has said on many accounts that the Model X is by far “the best car ever” and over engineered. There’s no other vehicle on the market even remotely similar to the Model X and likely will never be one.