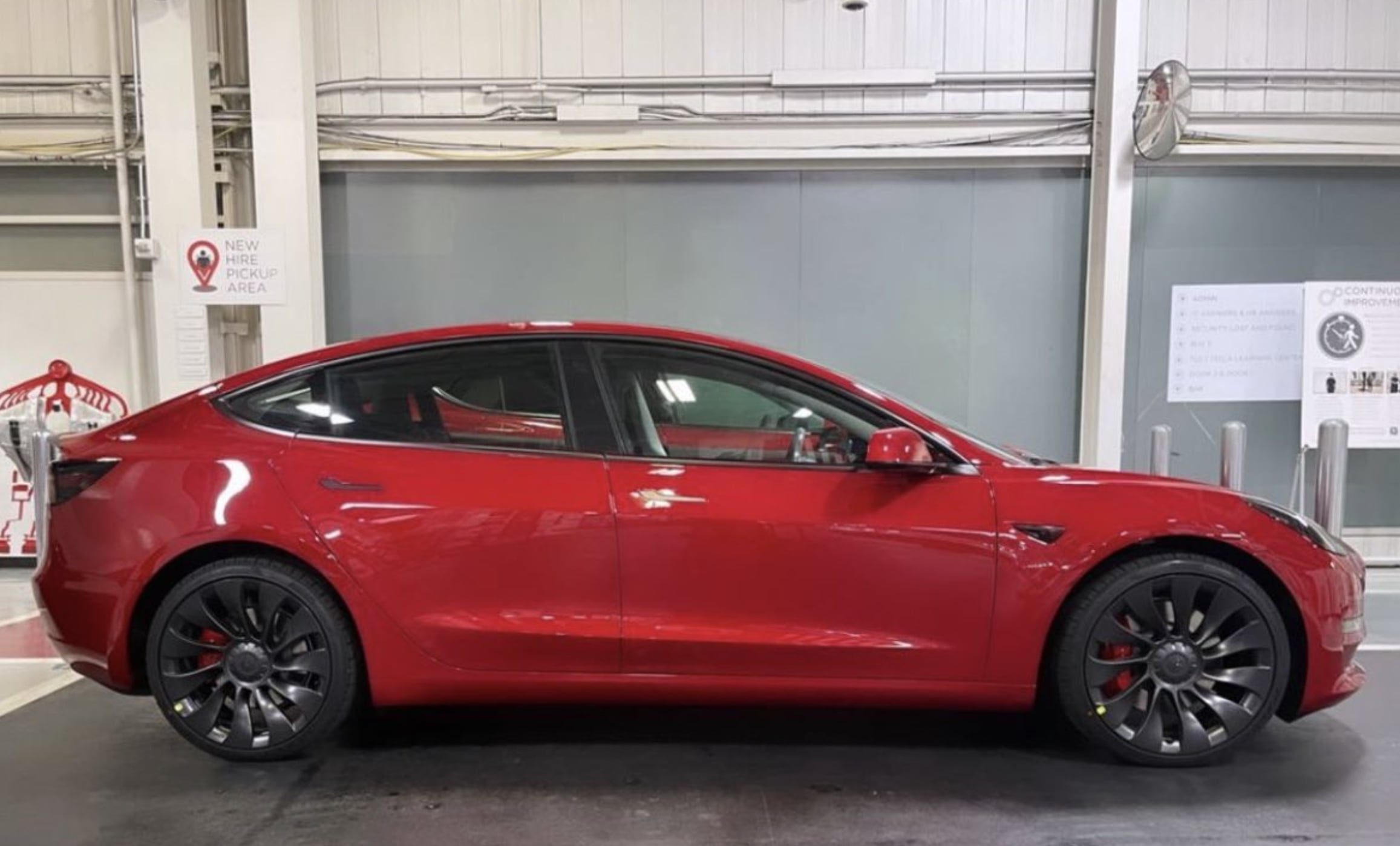 The Fremont Factory was once Tesla’s main manufacturing plant and could still be considered that today as it produces all four electric models and was the automaker’s initial production facility in the United States. Since Tesla moved its headquarters from nearby Palo Alto to Austin, Texas, late last year, the Fremont Factory has continued to be one of the automaker’s most crucial facilities and may even be the subject of a future expansion project.

However, despite Tesla’s newfound love for Texas, Fremont is still a very important part of Tesla’s manufacturing prowess. Yesterday, the factory built its 2 millionth vehicle, according to one employee at the plant who told Teslarati. A Red Multi-Coat Model 3 rolled off of Fremont’s production lines on Monday, becoming the two millionth car Tesla has built at the plant since assuming ownership of the facility in 2010.

Tesla employees at the plant also received a small card to commemorate their hard work as the Fremont Factory has reached this incredible accomplishment.

In March 2020, Tesla built its 1,000,000th vehicle, a red Model Y. This was not the one-millionth vehicle to roll out of Fremont but, in fact, Tesla’s millionth unit produced in its history. Of course, since 2020, Tesla has opened two new factories, increased manufacturing output at both Fremont and Shanghai with expansion projects, and increased its quarterly delivery rate from Q1 2020 by nearly three times. Q2 2022’s 254,695 deliveries are 2.88 times what Tesla delivered in Q1 2020 when it delivered its 1,000,000th vehicle as a company.

This accomplishment, however, is a real tip of the cap to Tesla and the entire team at Fremont. While the site lacks the necessary space for the world’s most valuable automaker, as Tesla has grown considerably over the past five years, it continues to manufacture units well above what is typical for its normal “production capacity.” Fremont has an annual production capacity of 600,000 vehicles, but production was running at as much as 20 percent over that figure in Q2 to make up for lost units in Shanghai due to a manufacturing shutdown.

CEO Elon Musk undoubtedly knows the importance of the Fremont Factory based on comments made earlier this year. “We still operate our California factory, which is the largest auto plant in North America, at full capacity and are considering expanding it significantly,” Musk said in a Tweet earlier this year. “It has built 2/3 of all electric vehicles in North America, twice as much as all other carmakers combined.”