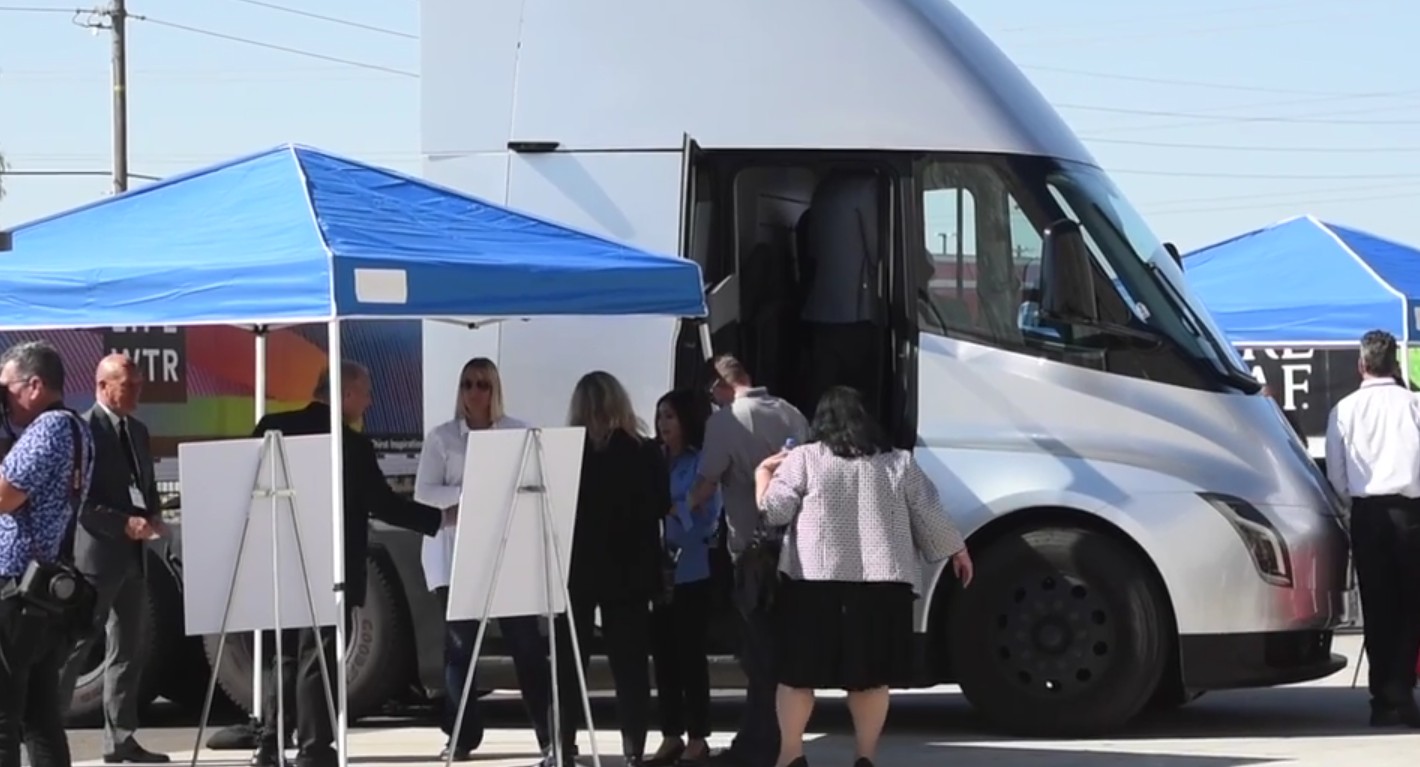 American snack company Frito Lay has announced that they will make its Modesto, California distribution plant eco-friendly in an attempt to significantly decrease the amount of carbon-emissions the company is producing during its day-to-day operations. The snack-maker will utilize a number of companies to complete the operation, including Tesla.

“We are going to replace 75 pieces of distribution equipment with zero, or near-zero, emissions new equipment across forklifts, tractors, yard tractors within our Modesto operation,” Vice President of Supply Chain for PepsiCo. Michael O’Connell stated in an interview with The Modesto Bee. Frito Lay is a subsidiary of PepsiCo.

Frito Lay has already put down a deposit on 100 Tesla Semi units, 15 of which will be deployed to the Modesto site. The company placed these deposits down on the Silicon Valley-based manufacturer’s new Semi when it was unveiled on November 16, 2017.

The new plan that will cut emissions significantly will be funded by a $15.4 million grant from the California Air Resources Board, also known as CARB. Along with the grant, Frito Lay is investing $13.5 million of its own money, as well as $1.8 million from American Natural Gas. The combined total of the project is $30.8 million.

The company will use battery-powered vehicles from companies other than Tesla. They will also have six electric Peterbilt box trucks and three electric yard tractors available. Frito Lay will also utilize 38 Volvo semis that will run on natural gas.

Interestingly, Tesla will also be involved in helping the company set up a large solar system coupled with industrial-grade battery storage units on the site. Details about this initiative are still quite slim, though a filing from PepsiCo with the San Joaquin Valley Air Pollution Control District mentioned Tesla’s involvement in the project.

The project is planned to be completed by 2021, but Frito Lay and parent company PepsiCo are not stopping at the Modesto plant. The company plans to cut greenhouse emissions by 20 percent across the board by the year 2030.

Tesla’s Semi will have a 300 and a 500-mile range and will cost buyers anywhere from $150,000 to $200,000. The vehicle is powered by four Model 3-derived independent motors on rear axles, allowing for a 0-60 MPH time of 20 seconds at maximum load. The Semi is expected to enter production sometime next year.

Watch a feature on Frito Lay’s Modesto, CA site and its Tesla Semi orders in the video below.