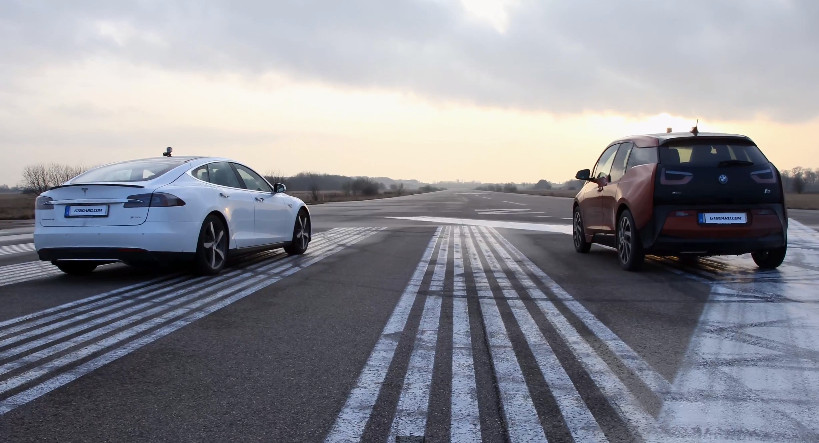 Christian von Koenigsegg, founder of the Swedish supercar automobile manufacturer Koenigsegg, has given praise to the Model S as being much more fun to drive than the BMW i3, and for good reason, as we’ll see in his latest test drive video produced by m5board.com.

In this video, von Koenigsegg does a high level comparison between both electric vehicles, and even goes as far as setting up a classic drag race between Tesla Model S vs BMW i3.  The race results are not surprising to say the least, but perhaps the biggest surprise of the video is what’s seen at the end.  Hmmmm.

Related: Tesla Model S vs BMW i3 and BMW M5