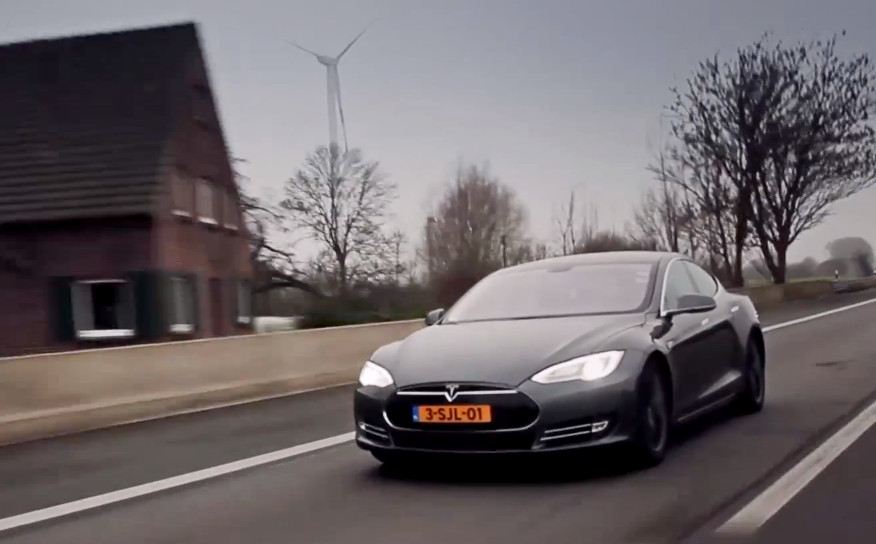 The top speed of the Tesla Model S is known to be software-limited to approximately 130 mph which is in line with what Autoblog.nl saw when they performed their all out top speed run on the German Autobahn.

While the electric motor and single gear drivetrain of the Model S produces neck-snapping acceleration in low RPMs, it also serves as the bottleneck to attaining much higher speeds.  Elon Musk has hinted in the past that a high speed version of the Model S would be offered to German customers. That begs the question. What would a Model S speed package really consist of?