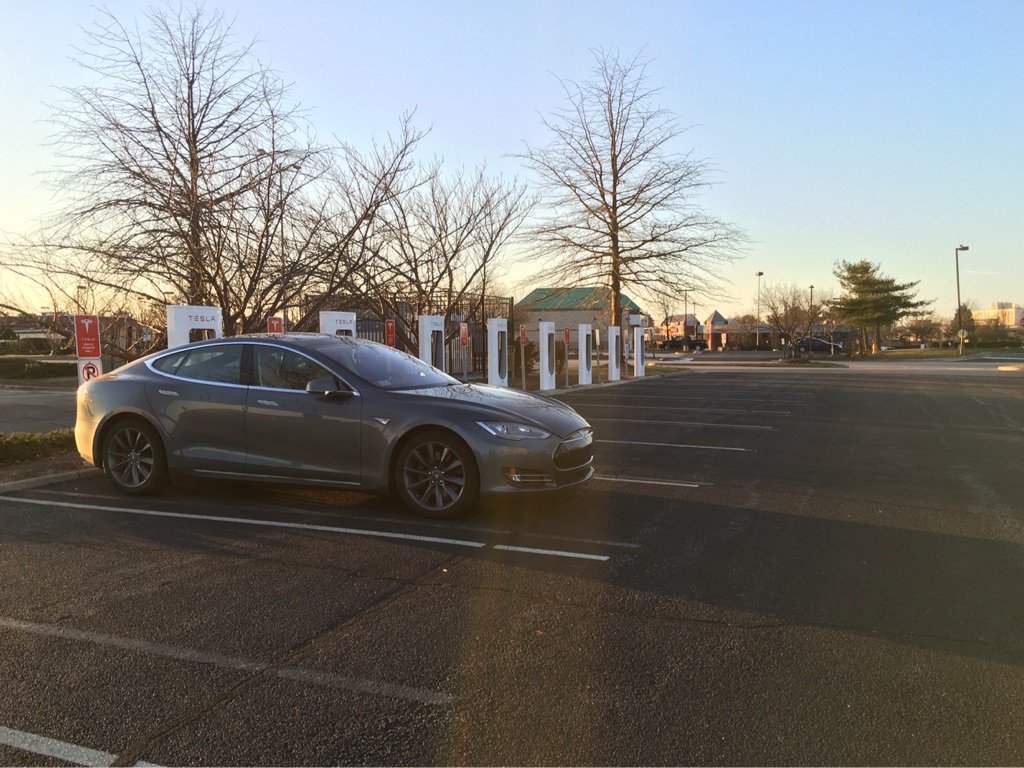 Tesla Enhanced Autopilot continues to roll out on Model S and Model X vehicles equipped with Autopilot 2.o hardware, but let’s not forget the rest of us that pre-date Autopilot entirely. We received some updates as well in the latest version of Firmware 8.0.

I was surprised to see the “$0.40/min idle fee” notice on the Supercharger map pin. A short while ago, Tesla announced that they would begin charging people for “idling” while plugged into a Supercharger. There were a number of issues with the original plan for Supercharger fees outlined by Tesla, but they later refined how the plan would work.

I’m definitely in favor of the new Supercharger plan. Here on the East Coast, I rarely see other Teslas when I’m charging, but I understand it is a real problem out West. Based on the recent announcement that Tesla will begin charging a fee for Supercharger use that varies by region, one can assume that the idle fee will also vary by location – one day. It’s something that should be reflected on the onboard Nav. should they, one day, adopt that policy.

Time will tell how this story will play out, but for the heck of it I decided to venture out and put Tesla’s Supercharger idle fee to the test. I drove out to the Tesla Supercharger in Auburn, Massachusetts to begin my test. Luckily no one was there except me making my test even more viable. I plugged in, charged, and sat in the car for 20 minutes even after it had completed charging to my set limit. In theory that should have cost me $8.00, if the site was busy, but I was the only there. We’ll see if Tesla tries to charge me for that event the next time I visit my Service Center. At least for a few months, I’d recommend keeping photo records of how busy the charging sites, especially if there’s risk of leaving your car plugged in after the car has completed charging.

Also released in the new firmware updates is Supercharger Amenities. Straight and to the point, this feature is essentially worthless. Tesla introduced icons that hint at the types of amenities at each Supercharger, but with no details.

Sure, the brief list of icons is nice to see, but what would have been better is if they could have made them “clickable”. It seems more natural to be able to tap on the icon set and see a summary of the Supercharger details listed on their maps page.

Overall, this feature is not very useful in my opinion, but has legs. 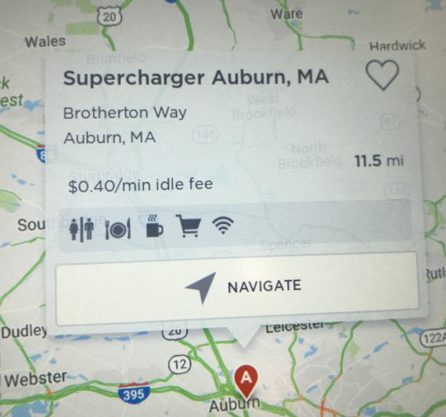 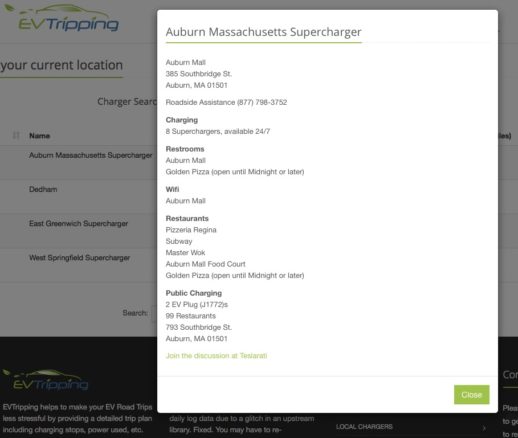 With this feature, Tesla finally implemented something my old 2007 Acura MDX has. You can now link your driver profile to one of the two key fobs that came with your Tesla. The fobs are not numbered or labeled by Tesla, so determining FOB 1 from FOB 2 is something you’ll have to figure out and mark for yourself, but otherwise the feature works exactly as you’d expect.

If you have more than 2 profiles in the car, you can only set one profile per FOB, the others will need to manually select their profiles from the menu.

In the past, the equalizer only had 3 different levels you could control, now there are 5 individual controls for better-tuned sound.

The settings worked as you’d expect and it’s nice to have a bit more control over the sound settings.

While most of the updates taking place on firmware releases have been focused on Autopilot, it’s great to see that Tesla has not alienated the early adopters. We continue to receive new features and experience new initiatives by the company, regardless of the age of our vehicle. Buy a Tesla one time and you’re grandfathered in. For life.

The driver profile linking to the FOBs are by far the best addition in this update. The Supercharger amenities are disappointing and the idle fees are useful, but will need to better reflect changes made to its Supercharger policy.

This patch release of 8.0 was great and I can’t help but wonder what goodies 8.1 will have in store for us. Any guesses?