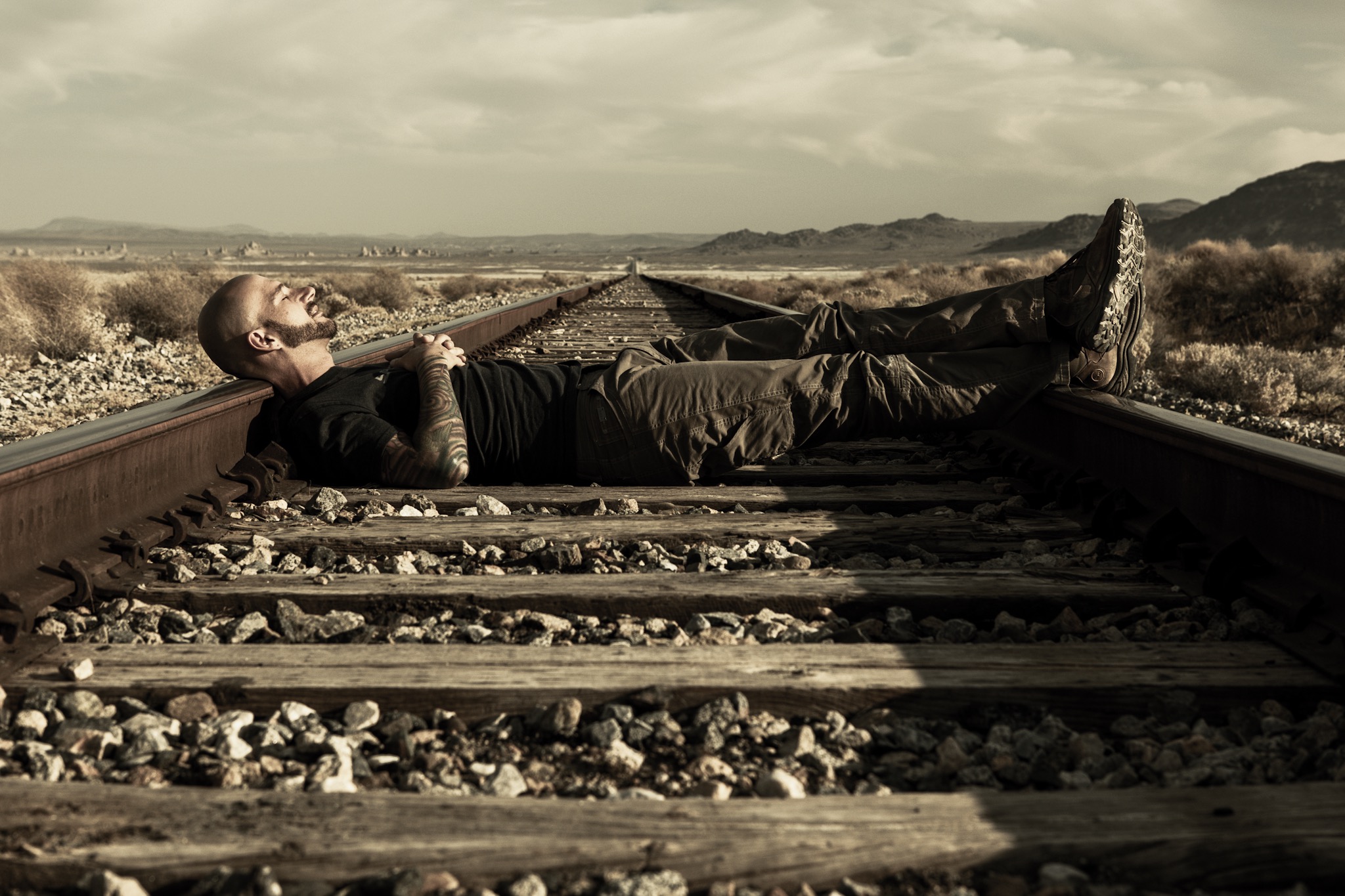 Earth is dynamic, not just the landscape but also its internal workings. The magnetic poles flip, it bleeds lava, and the crust trembles; it’s a misconception that we are on solid ground. Earthquakes happen frequently. Most of the time we cannot feel them, but occasionally there’s one that really rocks the surface.

Soon after I took on the Grand Canyon in my solo hike, the Earth’s crust had stressed itself out and released enough energy to roll the ground for hundreds of miles. It was a glorious 7.1 magnitude quake, equivalent to the energy of 45 atomic bombs. For whatever reason, earthquakes don’t frighten me. Maybe it was the rocket launches I’ve experienced? Perhaps all the hurricanes? If you’re close enough to a rocket launch in Florida, you can feel the ground shake. It’s definitely a thrill!

One-hundred forty five miles (233 kilometers) away and 5 miles (8 kilometers) in depth, a fault had dislocated in an area called Searles Valley. Luckily, this was within driving distance and the area accessible to me. On a quest for knowledge and to feel the planet’s rhythm once again, I set off to the epicenter using an app of the location. I brought camping gear with me like last time, ready to explore the area and stay the night as close to the epicenter as possible while hoping for a night full of rumbling. 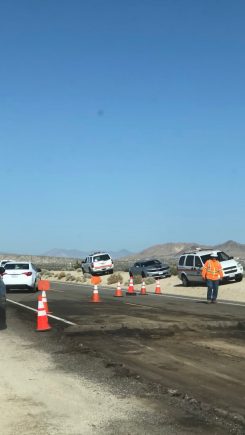 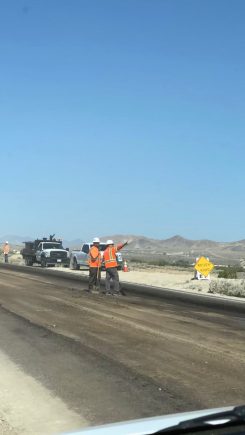 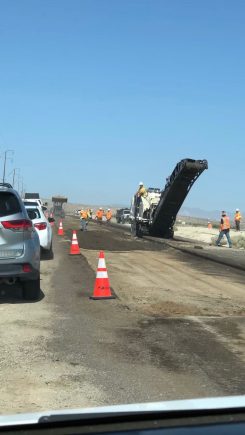 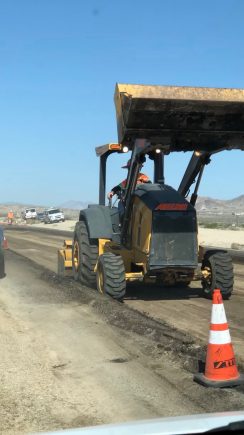 Destruction from the quake was visible on the drive to the epicenter. A small town called Ridgecrest took the brunt of the force because it’s established along the fault. Driving through the town, crews were cutting large sections of road where it had cracked and were completely repaving the area properly rather than just smoothing out the fracture; I was impressed to see them put that much work into a repair. On either side of the road, the ground was noticeably lifted from the rolling shockwave. Homes in the location had freshly collapsed walls, and a gas station had sunken into the ground a few inches, yet it was still pumping gas and collecting payment even though it had no power or water. The store clerk sat outside in a chair turning customers away. Grocery stores were still open but were missing ceiling tiles, and certain aisles were closed for cleaning.

While eating lunch in a store, I felt a bump at the table and the visible water pipes in the ceiling were swaying. Something had slipped off a shelf and shattered glass on the floor. This was one of the many aftershocks that I was pursuing!

A dry lake was as close as I could get to the epicenter. Unusual rock formations made of calcium carbonate called tufa that formed 10,000 years prior when water filled the basin were scattered along the landscape. Now I was walking through them, investigating changes caused by the earthquake and hoping to feel aftershocks in this area. I discovered a crack in the dense tufa and put my fingers inside. Abandoned railroad tracks offered an opportunity to feel the vibration along a great distance, so I lay down on the steel quietly for awhile.

As night approached, I set up a camera to shoot time-lapse of the Milky Way, parked my vehicle nearby, and put together a sleeping arrangement on the roof. Throughout the night I watched meteors burn up in the atmosphere with the awesome backdrop of our galaxy that’s thousands of light years in visible depth. I thought of the reality that I’m one of many creatures created by the cosmos, floating in a sea of energy swirling around on a rock enveloped in gas we breathe. Life is extraordinary. Where else is it located?

An app on my phone pinged, signaling an earthquake had just occurred, and my spaced out thoughts had come back to the ground. I paid attention to the motion of my vehicle; certainly the rocking could be better felt due to the suspension. For the remainder of the night I allowed my body to sense the silent rumblings of the earth while I’d guess the magnitude. Two minutes after each quake, my phone would ping and display the stats; I’d study them to increase my understanding of the energy I experienced.

I enjoyed the bumping and rocking while watching the sky rotate above. For the first time, I immersed myself into a dynamic experience of our planet’s movements on the ground and in space. Some of the most incredible locations have been formed by the destructive forces of earthquakes.

In next week’s blog, I take a trip into the nearby snow-capped mountains and witness the beauty created by natural disaster. Stay tuned!

I appreciate all of the love and support you guys have shown me since I began this series! Thank you! Please consider signing up for our newsletter. Every sign up helps us better connect with you and ultimately understand what type of exclusive premium content you want to see.