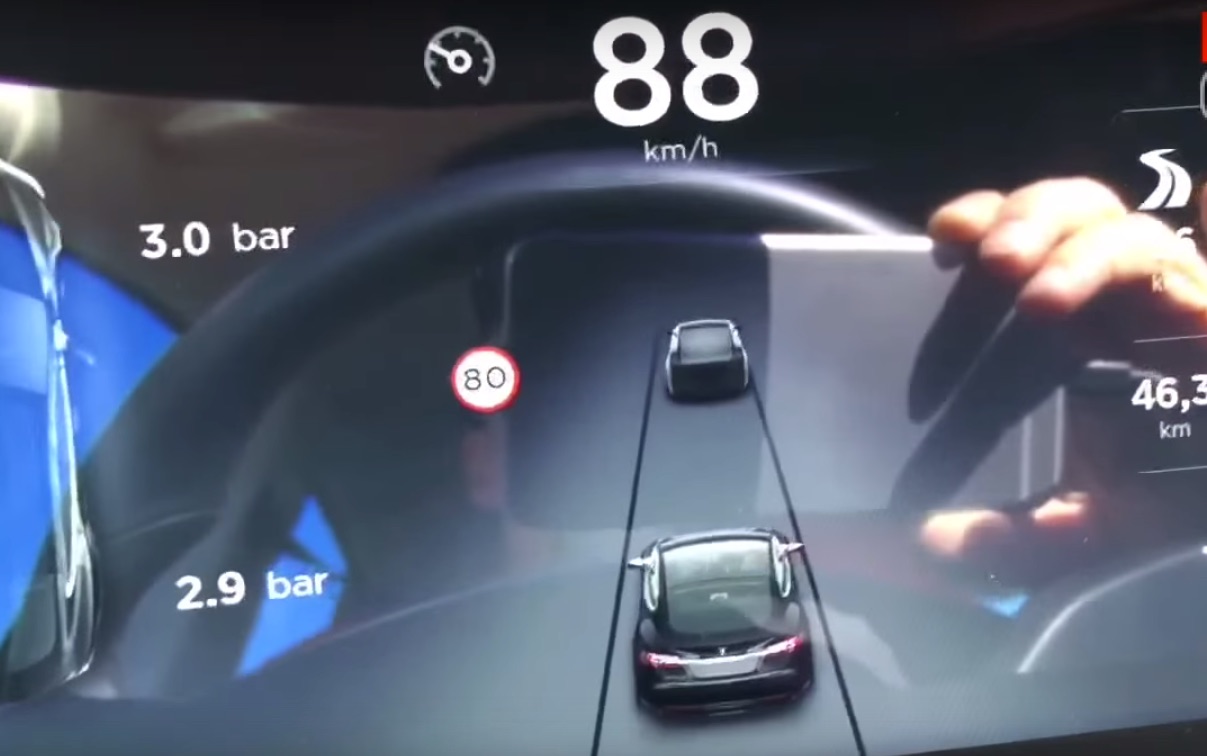 If you’re an owner of a Model S, chances are you’ve been waiting anxiously for Tesla’s upcoming firmware 7.0 update which promises Autopilot capabilities along with a completely revamped user interface.

Until recently there’s been no official reveal of firmware 7.0 by Tesla however video leaks from Model S beta-testers provide insight on what’s in store in this next major release.

Tesla Firmware 7.0 – What we know so far

We know that the Model X will be delivered with firmware 7.0 but Model S owners are still waiting for the official roll out. I’ll be sure to provide an in-depth review of each feature once I receive the over-the-air update on my Model S.

Overall the whole look of the user interface (UI) has been flattened which may take some time to get used to, similar to when Apple made the major UI change on iOS. You have a mixed bag of opinions when it came to the new iOS look. Some love it and others seemed to have just gotten used to it, and I expect we’ll have a similar experience when firmware 7.0 is released. The dashboard display seems to have received the most significant updates in 7.0 and include the following features. Left and right side widgets: The 17″ touchscreen received relatively minor updates when compared with the center display. Most of the updates appear to be cosmetic with little refresh of the existing apps. Limitations of the onboard Navigation system, slow browser problems, and previously found issues seem to persist in firmware 7.0. Some key features are still obviously missing from 7.0 for most people — basically everything related to self-driving has yet to come.

I’ve seen very few pictures and videos of these features across YouTube and various outlets. There’s a TMC forum thread which discusses the 7.0 release notes. What we don’t know

There are a number of unanswered questions surround Tesla firmware 7.0. We know that lucky Model X owners in North America are already out and about using version 7.0, but it appears to be a slightly different variation than what Model S owners will receive.

The beta auto-steering functions appear to be enabled for only a small number of people with 7.0. Any 7.0 caught in the wild is still considered a beta or pre-release version.

UPDATE: Elon Musk has since announced via Twitter that Version 7 will go to ‘wide release on Thursday’ (Oct 15, 2015)

Some exciting news this week: Tesla Version 7 software with Autopilot goes to wide release on Thursday!

I expect that we’ll start seeing a roll out of firmware 7.0 to Model S owners sometime in November, timed with the deliveries of Model X throughout North America. But as most people know, Tesla’s release dates are increasingly difficult to guess at.

I hope that beyond the interface changes, autopilot features will be included with the upcoming software release. I suspect there will be angry discourse among the Tesla social community if this feature is omitted.

I’m still not sure what I think about version 7.0 but in general I’m a fan of the flat and cleaned-up look.

A lot of information that I’ve gotten used to will no longer be on the dash display. My guess is that the overall dash display will be a lot less busy. There’s also going to be a lot of empty space reserved for displaying information that my pre-autopilot Model S isn’t capable of capturing. My hunch is that firmware 7.0 will be a bit of a disappointment for early Model S adopters that lack the autopilot hardware. On the other hand, Model S owners with autopilot will likely welcome the plethora of information that will be presented on the center display.

If you have hands-on experience with firmware 7.0 on a Model X or you’re a Model S 7.0 tester looking to share some more insight, leave me your thoughts in the comments below.