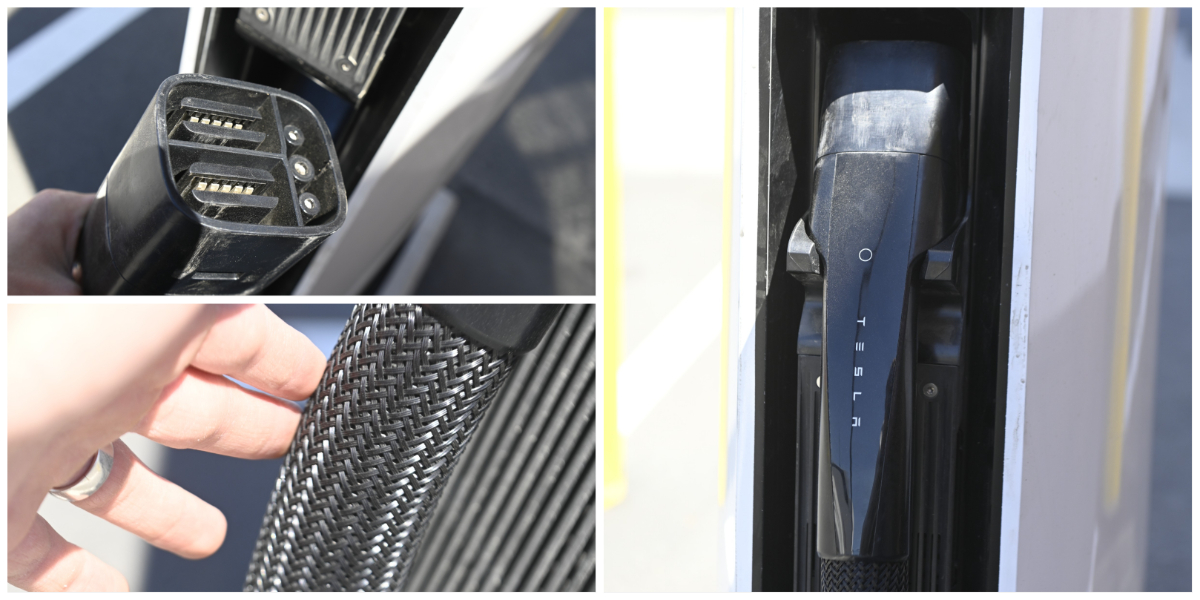 With all of the Tesla Semi sightings over the past week, it is time to give some attention to the Tesla Megacharger, which will supply the all-electric class 8 truck with range when it is inevitably added to the fleet at Frito Lay in Modesto, California.

While the Semi, and vehicles in general, tends to take center stage over anything, even things remotely related to the vehicle in question, the Megacharger may be a different animal. The massive Semi is a serious challenge as Tesla tries to navigate the fine line between range, hauling, and efficiency in its introductory class-8 vehicle.

The Megacharger has been tasked with providing the Tesla Semi with range before and during its trips. Patents for the Megacharger were released several years ago in 2019 and hinted toward liquid-cooled charging connectors that would pave the way for a fast and efficient charging mechanism providing the Semi with as little as 400 miles of range in just 30 minutes.

The liquid-cooled charging cable would be able to charge the Semi faster because it has the ability to dissipate heat. The patent describes the cooling system:

The Megacharger has been spotted several times, but up-close looks have been limited in recent years as: 1) Megachargers are not publicly available for people to walk up to and take pictures of, and 2) the Semi has not yet been delivered to any of its customers, and Tesla is still working on starting production.

Teslarati received exclusive close-up pictures of the Megacharger, showing the charger itself, the charging connector, and the “sleeve.” 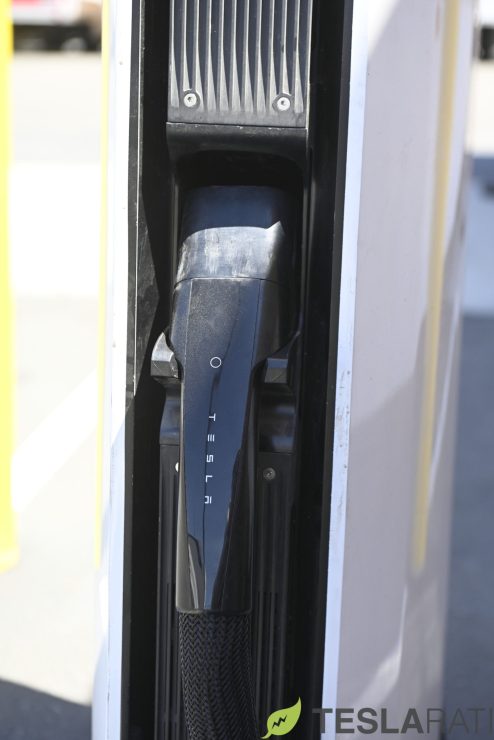 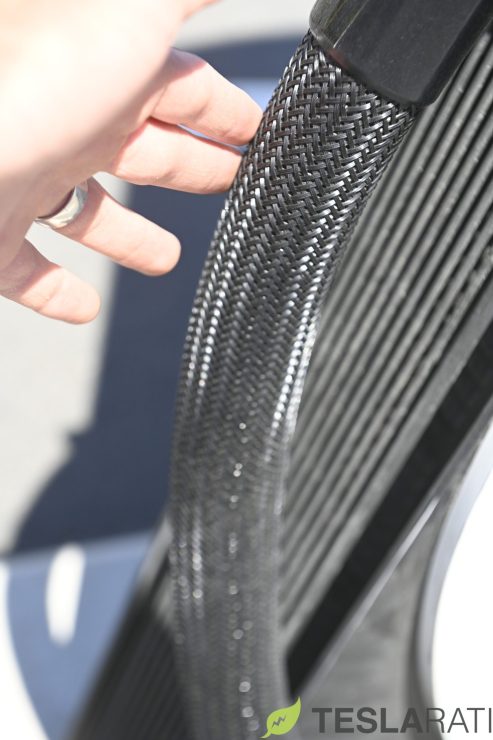 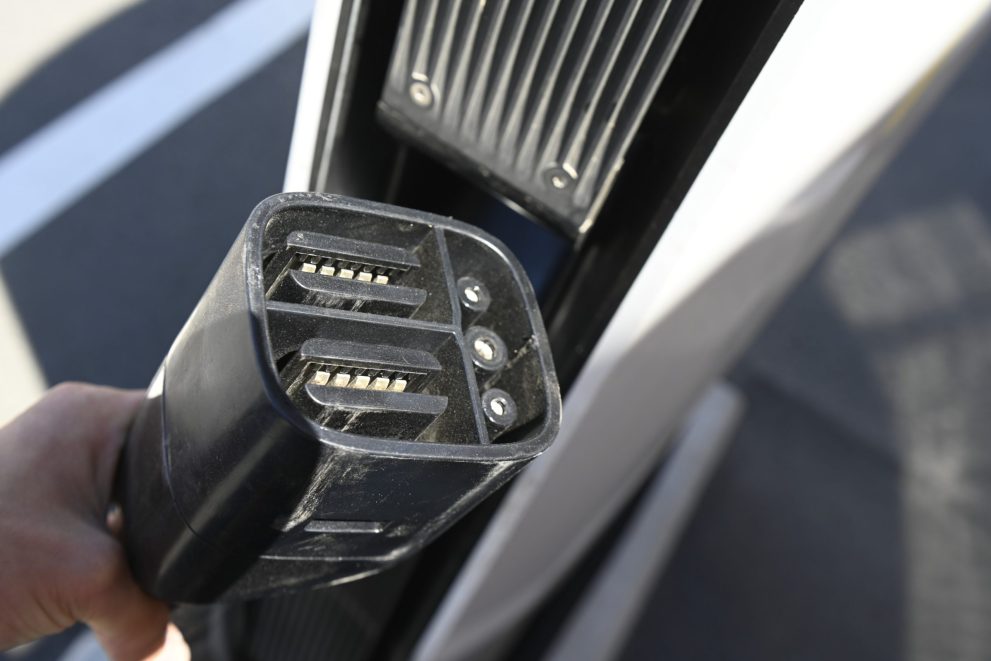 At first glance, there have been so many changes since 2017. The charging port on the Semi used to be an 8-pin configuration that is significantly larger than the Supercharger port found on any of Tesla’s other vehicles.

The liquid-cooled charging cable is especially thick and has a weave pattern that is tailored for the high-energy output that the Megacharger will have. The increased thickness and suitable design will help transfer energy faster and decrease charging times, giving the connector the ability to withstand high current loads. This new charging connector alleviates the potential for overheating or slow charging, as the redesigned Megacharger is configured to keep logistics routes moving and drivers on the road.