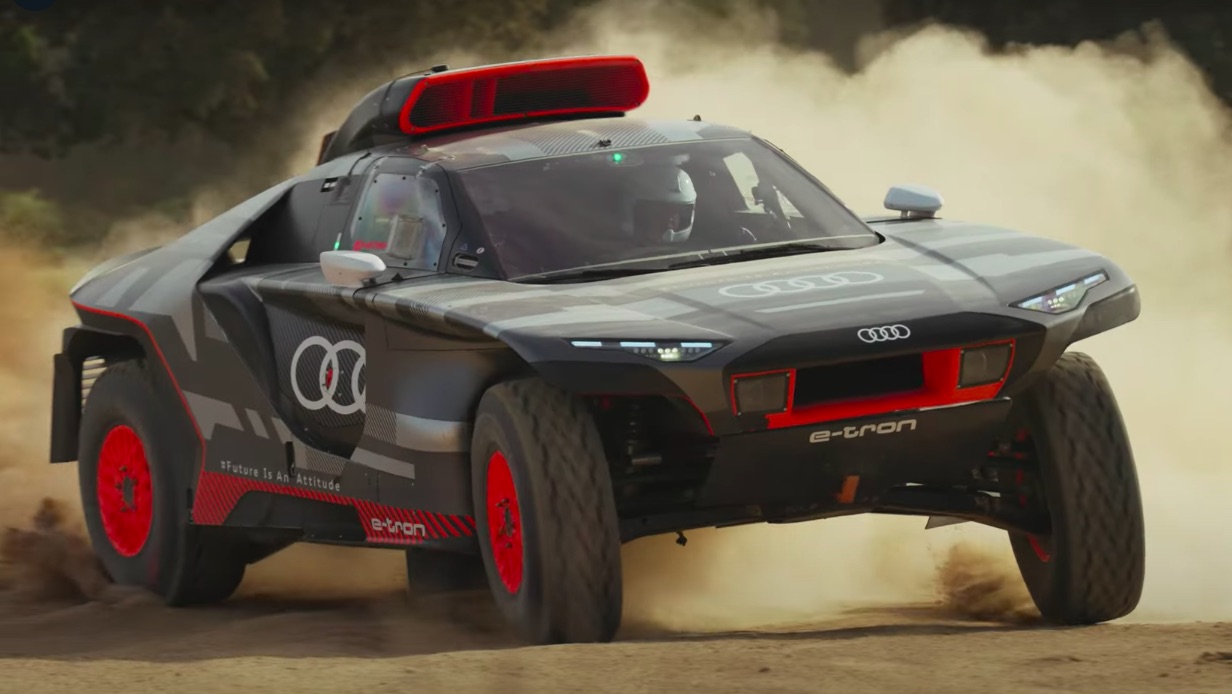 In a video published by Top Gear on Friday, the new rally car from Audi was shown off. The RS Q E-Tron marks yet another electric entrance into off-road racing. And this time, the vehicle took inspiration from Extreme E off-road racing, using dual Formula E racecar motors. This gives the 2-ton all-wheel-drive vehicle enough power to tackle the sands of Saudi Arabia for the annual Dakar rally. Audi at this time does not have an Extreme E team.

For the uninitiated, the Dakar Rally is the annual long-distance rally race that has been held in many locations around the world. The rally originally got its name as racers would race from Dakar, Senegal to Paris, France over several weeks. Due to safety concerns, the race has since been moved multiple times, most recently in South America and the Middle East. For 2023, the race will be going through the desert of Saudi Arabia.

In the video, Top Gear announcer Ollie Marriage started by interviewing the driver of the car, Carlos Sainz Sr.; father of Carlos Sainz Jr., the accomplished F1 driver and an accomplished racer in his own right. Carlos Sr. outlined the many benefits of an electric drivetrain, from its instant power, to its lack of need to change gears, and its lower center of gravity.

However, the video doesn’t exactly advertise the fact that this car is in fact, a range-extended hybrid.

To maintain the charge in the battery over the long cross-country circuit, the car uses a 2.0-liter turbo engine to charge the battery. However, all propulsion of the vehicle is done through the pair of electric motors on the vehicle.

No specs were given in the video, but if the vehicle was equipped with the two Formula E motors from Gen 2 cars, the Dakar racer could be making nearly 700 hp.

This vehicle could be seen as another example that racing can continue to exist in a world of EVs.

Watch Audi’s all-electric Dakar racer in the video below.