Elon Musk’s Boring Company appears to have something brewing in between Los Angeles and Las Vegas, and it could have to deal with the company’s plans to link the two cities with a tunnel.

Photos showed a Boring Company machine, along with large tents set up in the middle of the desert in Adelanto, California. The presence of machinery and storage tents hints toward the possibility that the Boring Company could be gearing up for the prospective link between Los Angeles and Las Vegas. 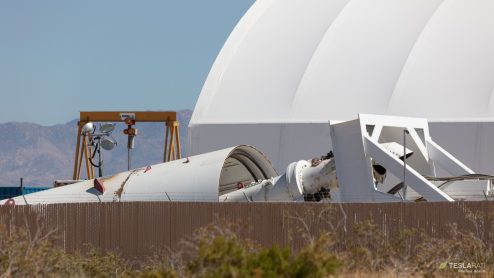 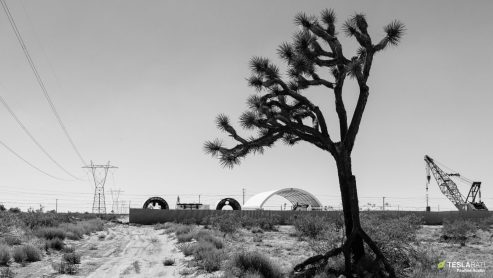 The location of the machinery in Adelanto hints toward a possible connection between Los Angeles and Las Vegas for several reasons. First, Adelanto’s geographical location is placed in between the two cities, more toward LA than Vegas. The tunnel connecting both cities would have to run extremely close to or through Adelanto to provide adequate and efficient travel for passengers.

Secondly, the Boring Company’s Vegas Loop plans seem to indicate that future expansion is possible. On the Las Vegas Loop website, it states that any future development of the site would be designed with a similarly compatible construction infrastructure that would allow Tesla’s electric vehicles to operate through the tunnel autonomously. Extensions in the Vegas Loop beyond the company’s Convention Center Loop would enable the cars to travel at speeds of up to 155 MPH. This rate of travel would be sufficient for the 224.66-mile straight line from LA to Vegas.

“Any future expansion would be designed with similar compatible construction infrastructure and autonomous electric vehicles (AEVs), and would provide an express connection between any two stations. Vegas Loop extensions beyond LVCC Loop will operate at speeds of up to 155 mph.” – LVloop.com

Next, the proposed map of the Vegas Loop indicates that there could be an extension that would travel to Los Angeles. While a small blue dot indicates stops and stations on the route, an arrow stating “To Los Angeles” is in the plans. This could suggest that Boring Company is planning to connect the two cities, and a proposed starting point to boring this tunnel could be in Adelanto.

The Boring Company also is hiring qualified operators for the location in Adelanto. A job posting on the company website indicates that an operator must hold at least five years of Tunnel Boring Machine experience, along with a high school diploma and basic computer skills.

Currently, the Las Vegas Convention Center Loop is under construction and is expected to be completed by January 2021. It will allow guests to travel from various Las Vegas hot spots in an efficient, sustainable manner.