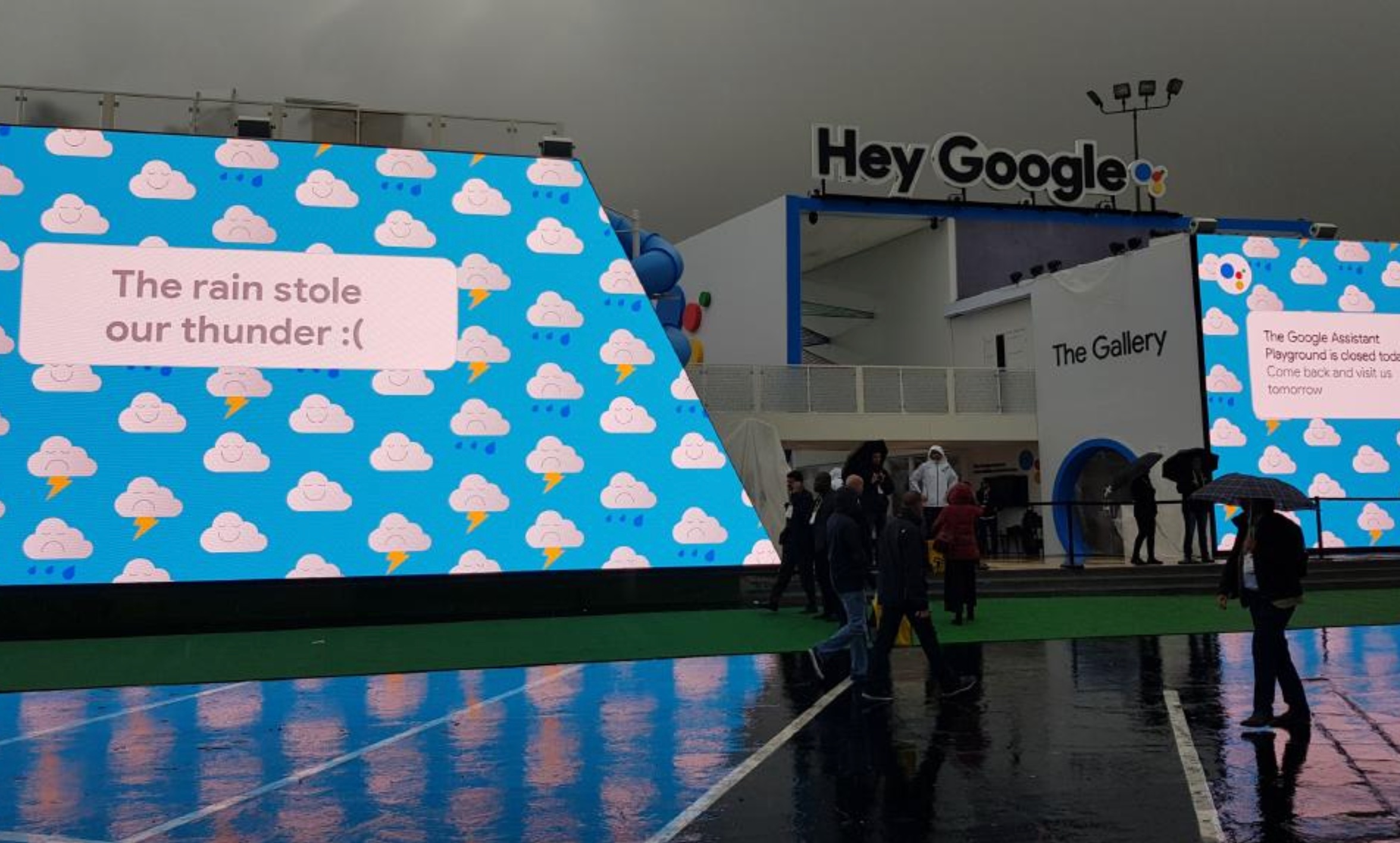 At the Consumer Electronics Show annual showcase of technology in Las Vegas this year, something important was inadvertently highlighted. Inclement weather at CES 2018 caused several manufacturers and suppliers to cancel or significantly alter their autonomous vehicle showcases. Nissan, for example, discontinued showings of its new ProPilot technology in the 2019 Nissan LEAF electric car (demos of the LEAF otherwise continued). Other manufacturers embraced the chance to show some of their latest capabilities.

Decisions to cancel seemed based more on liability, both physical (“What if something goes wrong?”) and intangible (“If it doesn’t work, we lose face.”), than on likely limitations of the manufacturer’s technologies. Those pressing forward or even using the weather as a way to showcase capabilities were mostly smaller, less branded companies whose reputations to the public would suffer only short-term losses were things to go awry.

It literally hasn't rained in 118 days in Las Vegas. Until today. Guess we can't use this road ? pic.twitter.com/5sjVKDEx00

To understand why bad weather can be such a detriment to current-use and near-future autonomous vehicles we must first understand how these systems work. Most semi-autonomous systems on the road are based on a combination of three technologies, all coupled to semi-intelligent computers. These techs are radar, LiDAR, and cameras. Radar uses radio waves, LiDAR uses lasers to find ranges, and cameras use varied spectrums of light to create images for a computer to decode.

Tesla’s Autopilot uses radar and cameras to get a view of the world around the vehicle. Subaru’s EyeSight system uses cameras only, seeing ahead of the car in three dimensions, but thus far not seeing in 360-degrees. Ford’s current systems use combinations of radar, light-detection and ranging (LiDar), and cameras to see the world around the vehicle. Nissan uses radar and LiDar in the same way. General Motors, BMW, and others all use variations on these themes for their own production-level semi-autonomous systems.

The majority of these manufacturers are also either utilizing or working on utilizing GPS and mapping to augment what the vehicle’s computer systems know about the world around it. Tesla’s Autopilot uses GPS, at least in North America, to sense where the vehicle is. Including (whenever possible) which lane of the road it occupies and when the road will change (to see curves and terrain). Using GPS and mapping is much easier in North America than it is in Europe and China, where its use is more restricted.

Yet with all of these technologies, there are still limitations.LiDAR does not work when the sensors are in any way blocked, such as with rain droplets or ice. Radar is often distorted by ice as well. Cameras cannot function if a clear enough image cannot be received for analysis by the computers. Thus it’s possible for all three sensing technologies to become useless when the weather is sub-optimal.

For those living in South Florida and San Diego, these are probably not anything to worry about. For the rest of the planet, though, they are a concern for a good portion of the year. Where I live in Wyoming, for example, inclement weather affects driving for about half of the year. In some parts of the world, such as Iceland, Norway, Russia, and much of Canada, the weather is sub-optimal for half the year or more. The same can be said when turning southward to the other hemisphere, especially in South America. 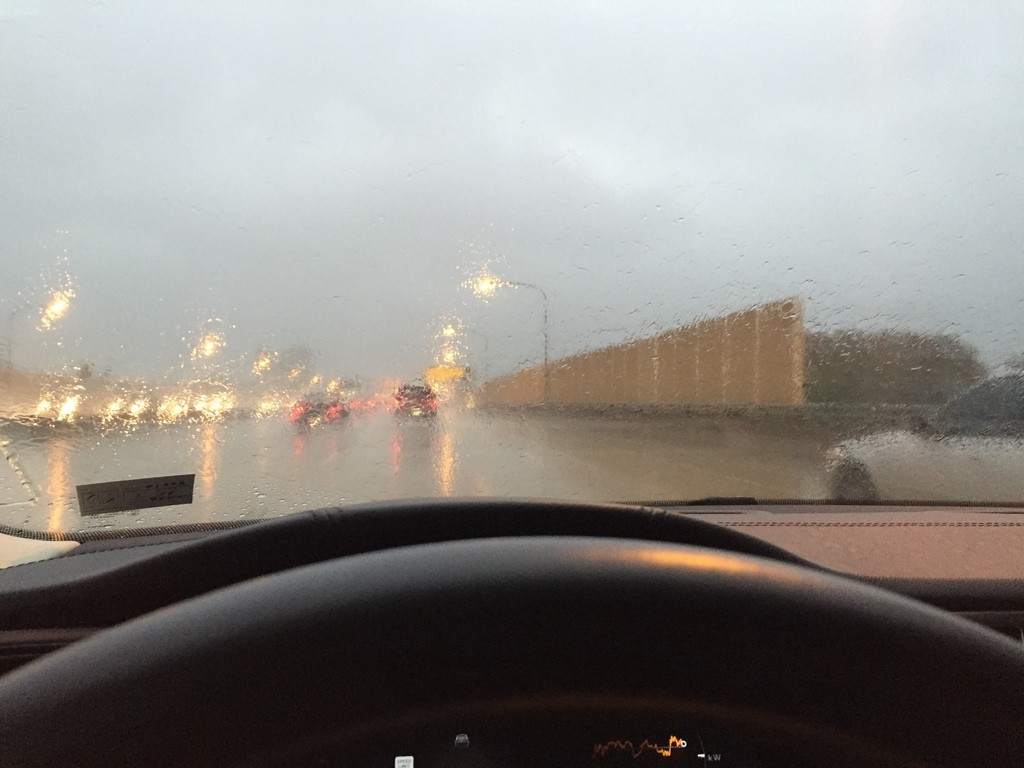 When visibility is low, humans compensate by making best guesses about what’s around them. We can use other cues to find our vehicle’s lane in traffic during heavy snow, for example, by relying on curbs, the tracks of cars that have gone ahead, and known landmarks. Just as we use non-visual cues such as input from the pedals and the steering wheel to know how slippery the roadway is so we can adjust speed and reactions accordingly. We do most of this subconsciously.

Computers, however, are not always that capable. They’re getting there, though. Ford has been busy creating high-resolution maps of the roadways around the world, with details such as the exact position of curbs and lane lines, where trees and signs are located, and what traffic rules are in place (speed limits and the like). The idea being that the better the knowledge the vehicle’s computers have of a given area, the more capable that vehicle will be of navigating that area without a driver’s input.

Ford says that it’s latest-generation autonomous vehicle technologies can now drive with full, unplowed snow cover blocking all lane markings and most road signs. That is confined to Ford’s Mcity, a fake town the company built to test autonomous driving. After all, Ford is a huge company and has a lot to lose should there be a fault with its systems when used out in public.

Tesla, for their part, has largely used Telsa owners as their primary test bed. So far, that’s worked for them, but it carries a very large liability should something go wrong. Most automakers are not willing to take that kind of risk and are instead developing carefully and in-house.

How Semi-Autonomous Is Doing Now

As an automotive journalist, I drive a lot of vehicles. I had more than 80 of them as test vehicles for a week or more in 2017 and more than that in 2016. This year, I will likely see at least that many or more. Plus “butt in seat,” track, and off-road events and shows where more short-term driving takes place. My experience includes vehicles with no autonomous or “driver-assist” technologies at all (e.g. Alfa Romeo 4C) and vehicles with full-on level 3 and even 4 technologies (e.g. BMW plug-ins, 2017 Tesla S). The field of currently-offered technologies for semi-autonomous driving is wide, indeed, but none of these systems are truly autonomous and most are fairly limited in use. They’re improving, but it’s gonna be a while.

With an autonomous vehicle, as Carlos Ghosn (former Nissan CEO, now CEO of Renault and Mitsubishi) said a couple of years ago during a meet the press event in Detroit, “a two-ton vehicle is a little different than a smartphone.” There’s a little more at stake with a car, in terms of safety concerns, than there is with a phone. 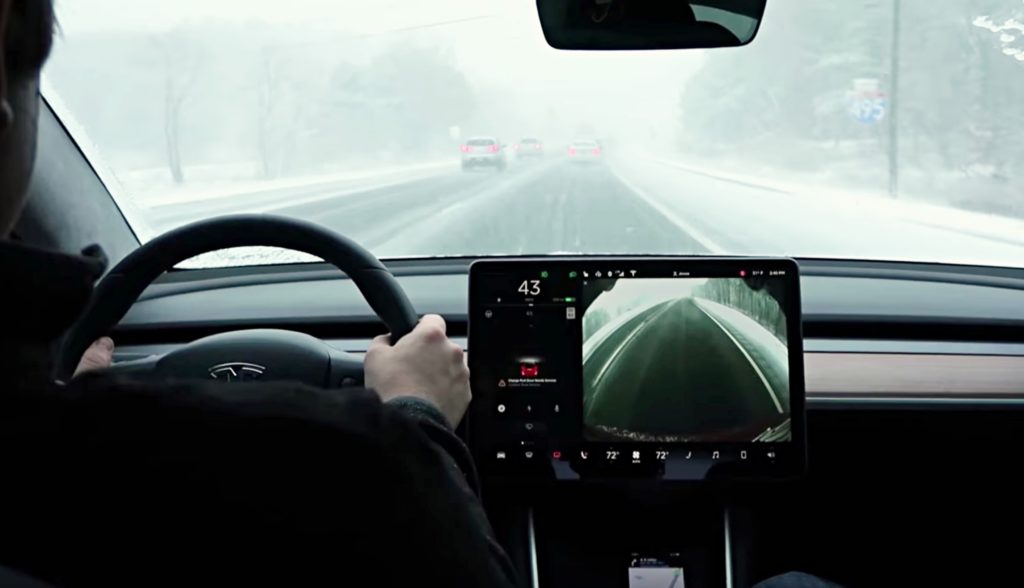 My personal experience has been that camera-based systems are the best when conditions are good. Subaru’s EyeSight may be the most reliable and useful of the forward-looking driver-assistance systems on the market right now. But when heavy rains or worse come, it’s all but useless. Enter Nissan’s current technologies, as found on the Murano and in much of the Infiniti line. This system adds radar and can “look under” traffic to see several vehicles ahead. Much better, but still unable to find a lane in bad weather when markings are unclear. Ford, as far as in-production technology, fares about the same, but with a somewhat less over-reactive adaptive cruise control. BMW has similar limits but has some of the best self-parking I’ve witnessed so far. Tesla has one of the best systems, especially in the current-generation with its defrosting cameras and the like. The best all-around mixture of capability, though, is what’s found in the latest Volvo vehicles. Likely due to the kind of redundancy that Volvo is so well known for when it comes to safety equipment.

With this, Tesla should be noted for their proactive nature when it comes to pushing new technologies like Autopilot and its myriad upgrades since inception. How Autopilot reacted to heavy snow in Iceland two years ago compared to how it fares almost two years later is indicative of that. The same car cannot necessarily navigate that same road under those same conditions, but it will likely hold on longer than it did and would likely be able to pull over to safety should the driver not take action on his own.

In short, we have some time before autonomous vehicles are both a reality and capable of handling the many varied conditions that humans have adapted our driving to. But with the current pace of development, vehicles capable of moving through nearly any kind of weather will be available within the next decade.