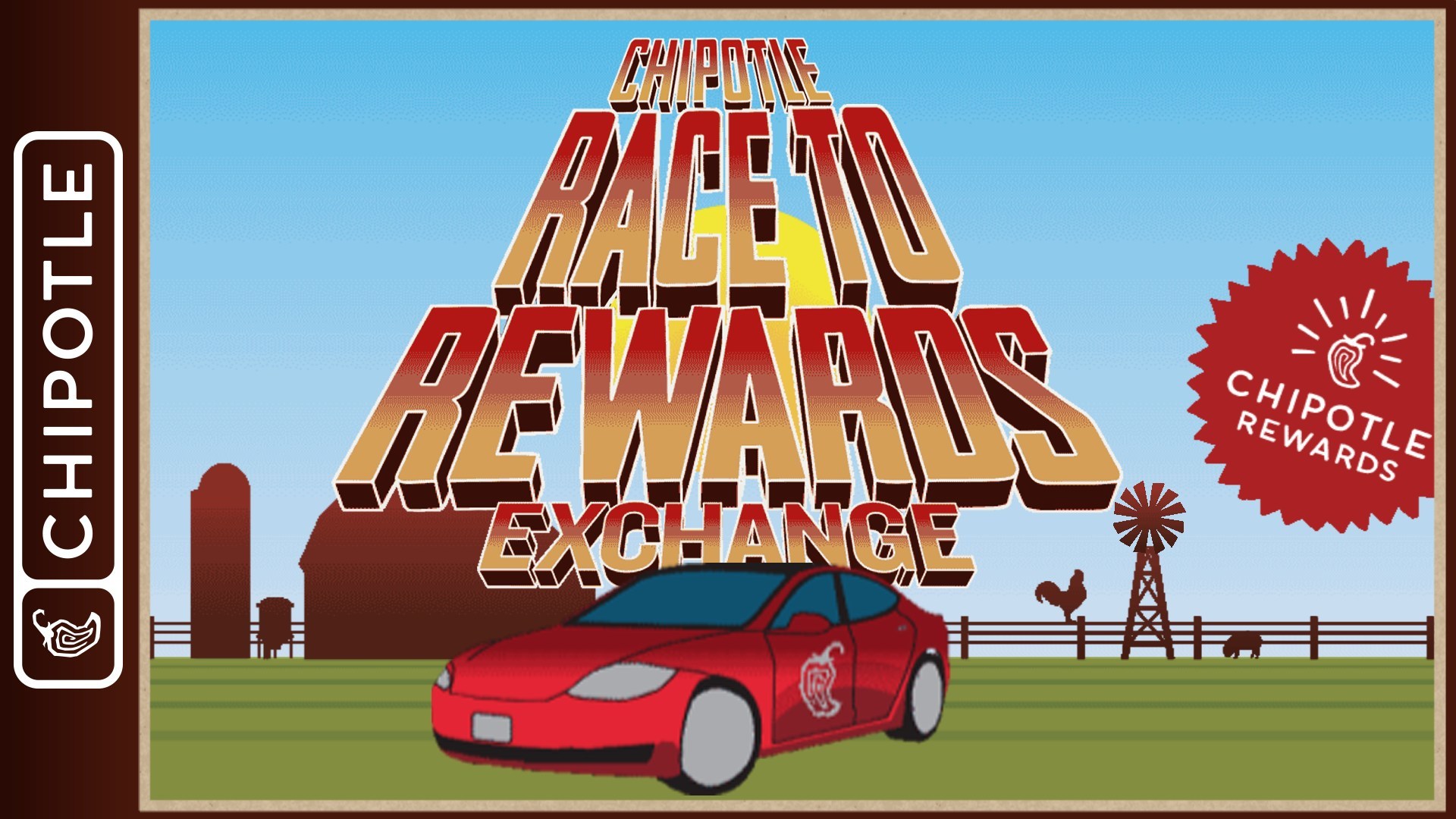 Chipotle is celebrating the launch of Rewards Exchange, the biggest update to the Chipotle Rewards program since its debut in 2019, by introducing a new video game called Chipotle Race to Rewards Exchange on June 23.

Chipotle is launching a new Rewards Exchange program by introducing a new video game called the “Chipotle Race to Rewards Exchange,” and the interactive game will feature a Tesla Model 3. Chipotle will also be giving away a Model 3 as a part of the program, and other prizes will be available too, the company said.

Chipotle announced in a press release earlier today that is launching Rewards Exchange, in what it is calling “the biggest update to the Chipotle Rewards program since its debut in 2019, by introducing a new video game called Chipotle Race to Rewards Exchange on June 23.” The video game will feature a Tesla Model 3 and will require players to earn points by avoiding obstacles. Players could win a Tesla Model 3, among other prizes.

The video game that Chipotle has launched is an ode to the company’s sustainable outlook, and it aligns with Tesla’s mission to accelerate the transition to sustainable energy. The game will feature three modes of transportation: an electric car, electric bike, or electric skateboard. The objective remains the same, avoid obstacles and earn 10 points for every second they drive. Collecting extra points from items on the road will give players more points, moving them closer to the ultimate prize of the world’s best-selling electric car. If an obstacle is hit, the player will have their score logged and start over at 0 points. The obstacles will be artificial flavors, colors, or preservatives, three things Chipotle does not include on its menu.

It is not only a great way to incentivize Chipotle’s new rewards program, but it is also a testament to the notoriety of the Model 3. Since first hitting the market in mid-2017, the Model 3 has quickly surged to the top of the world’s EV sales charts, displacing gas cars on the road for an alternative, environmentally-friendly option.

Participants must be 13 years or old and have a free Chipotle Rewards account. The contest won’t last long, though, so if you want a shot at the Model 3, be sure to enter between 9:01 am PT on June 23rd and 8:59 am PT on June 25th.