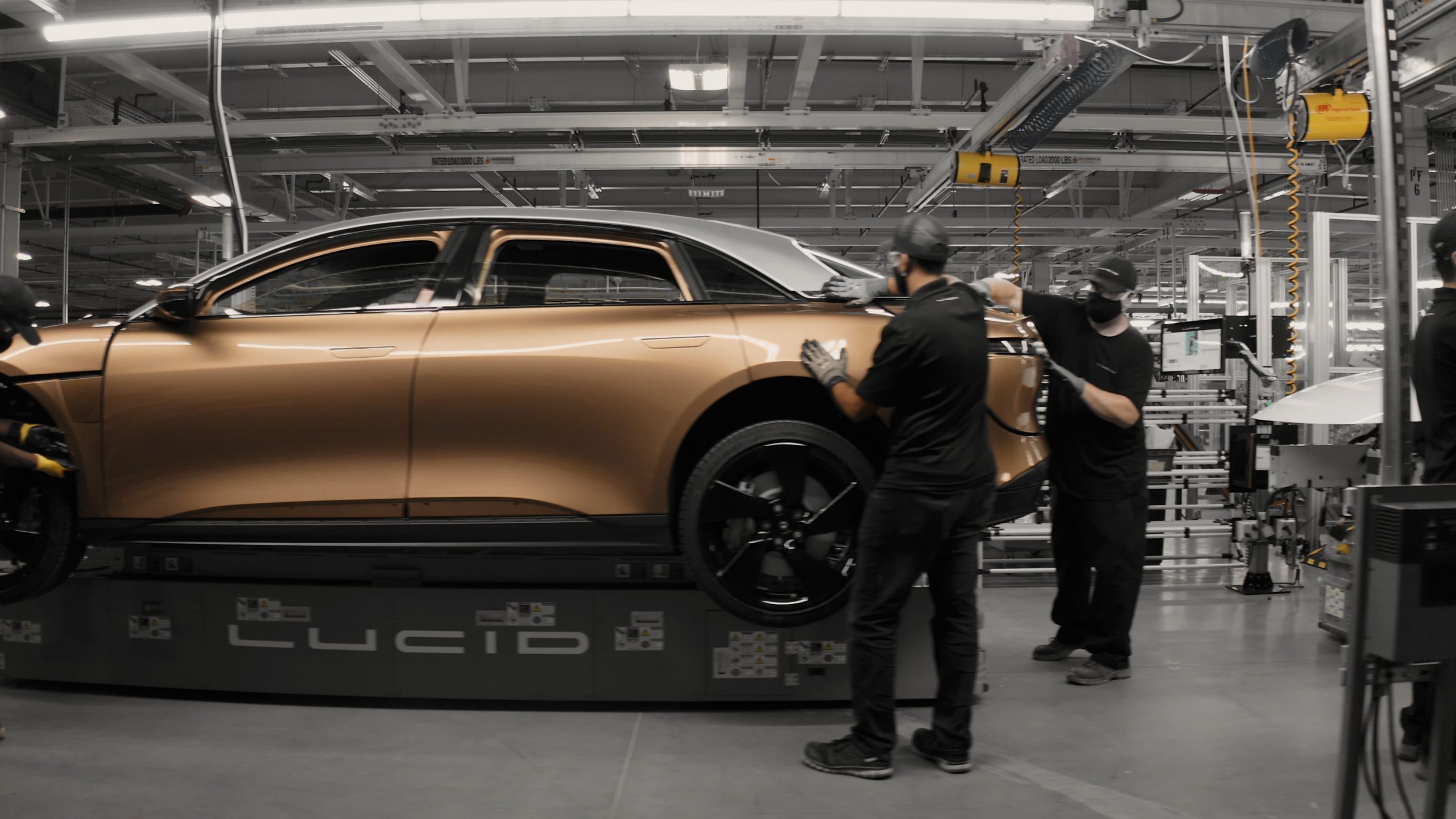 Lucid Motors has released new details regarding the production of the Air sedan, along with plans of an upcoming flagship studio in New York City and some minor updates on the Gravity SUV that it announced late last year.

Lucid and Churchill Capital Corp IV filed new details with the SEC, stating that the company has completed the “preproduction builds and has started the production of quality validation builds of the Lucid Air.” Automakers utilize preproduction builds to identify problems or issues before the model goes on sale and is delivered to the public. Oftentimes, companies use this process to iron out production issues that won’t necessarily affect the vehicle’s performance. Still, more often than not, the cosmetic issues are what is being identified. Things like panel gaps or paint issues can be identified and resolved, so they are ready for the car’s production version.

Along with the imminent production of what will eventually be delivery-ready models of the Air, Lucid also announced that capital and financial flexibility available upon the business combination with CCIV would enable the automaker to accelerate around $350 million of planned CAPEX investment from 2021 to 2023. These investments could expand by up to 6-7% from 2021 to 2026. The investments could be used for:

Teslarati reported in March that Lucid received approval to expand its Casa Grande, Arizona, factory by 2,400,000 square feet. The new addition would include a Body in White expansion, Stamping Plant, General Assembly Lines, Powertrain Plants, Warehousing, and others.

Lucid said it recently passed 10,000 paid reservations for the Air sedan. These figures include the roughly 500 units that the automaker left for its premier variant of the car, the Dream Edition, along with the Grand Touring, Touring, and Pure variants. Lucid told Teslarati that the company would produce roughly 500 Dream Edition sedans. It closed reservations for the top variant on March 22nd.

Lucid also announced that it would open up a new “flagship” Studio in the Meatpacking District of New York City this week. Earlier this month, Lucid opened up a studio in Chicago, which has been operational since June 11th.

“The updates from Lucid Motors today reinforce the strong interest and demand from consumers for electric vehicles that deliver new industry standards for efficiency and range, which has actually allowed us to accelerate and enhance our plans for development and production,” Peter Rawlinson, CEO and CTO of Lucid, said. “The company is choosing to accelerate plant capacity expansions and to build a dedicated Lucid Gravity general assembly line which is expected to lead to higher Lucid Air sales volumes in 2023 while remaining within the second half 2023 Lucid Gravity launch window.”