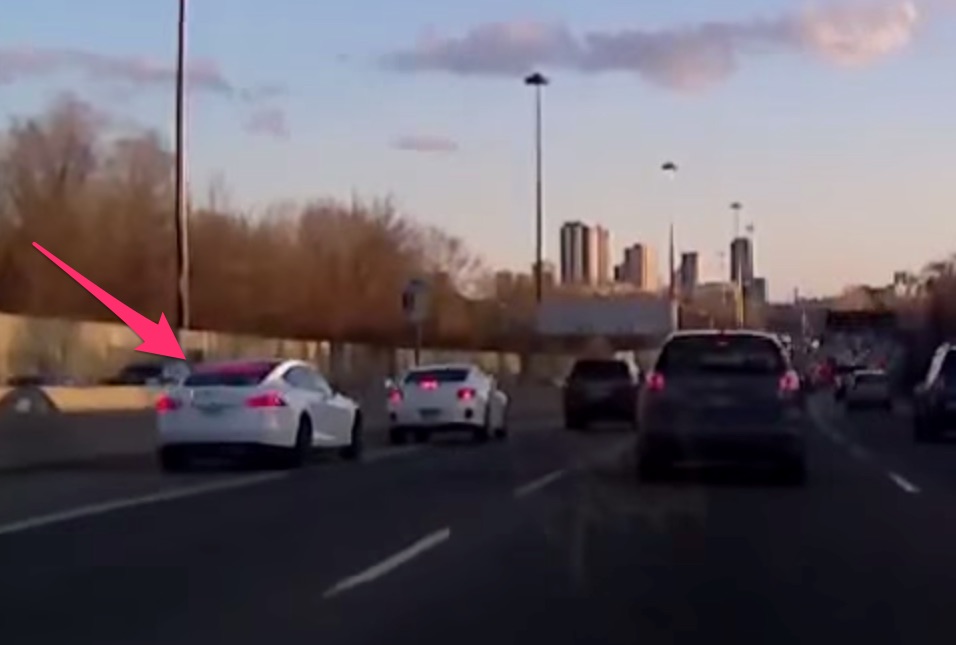 The following video of a reckless Model S driver was caught on dash cam as they attempt to make illegal lane changes off of Toronto’s busy Don Valley Parkway.

The driver of a white Model S is seen dangerously accelerating, and with complete disregard for anyone’s safety, into the left shoulder lane off of a congested freeway. As the driver of the Tesla attempts to bypass traffic by gunning it through an illegal driving lane, another driver two car-lengths ahead attempts to thwart the dangerous maneuver by blocking off half of the shoulder with their vehicle. The Tesla is seen nearly forcing the car ahead off the lane, in what appears to be a fit of road rage, narrowly escaping a collision before disappearing, once again, into the left shoulder lane.

Seeing the video validated, and gave all the more reason, why Tesla’s upcoming autopilot feature, and autonomous driving as a whole, can lead to safer roadways all together.

Unless, of course, artificial intelligence can also develop road rage?