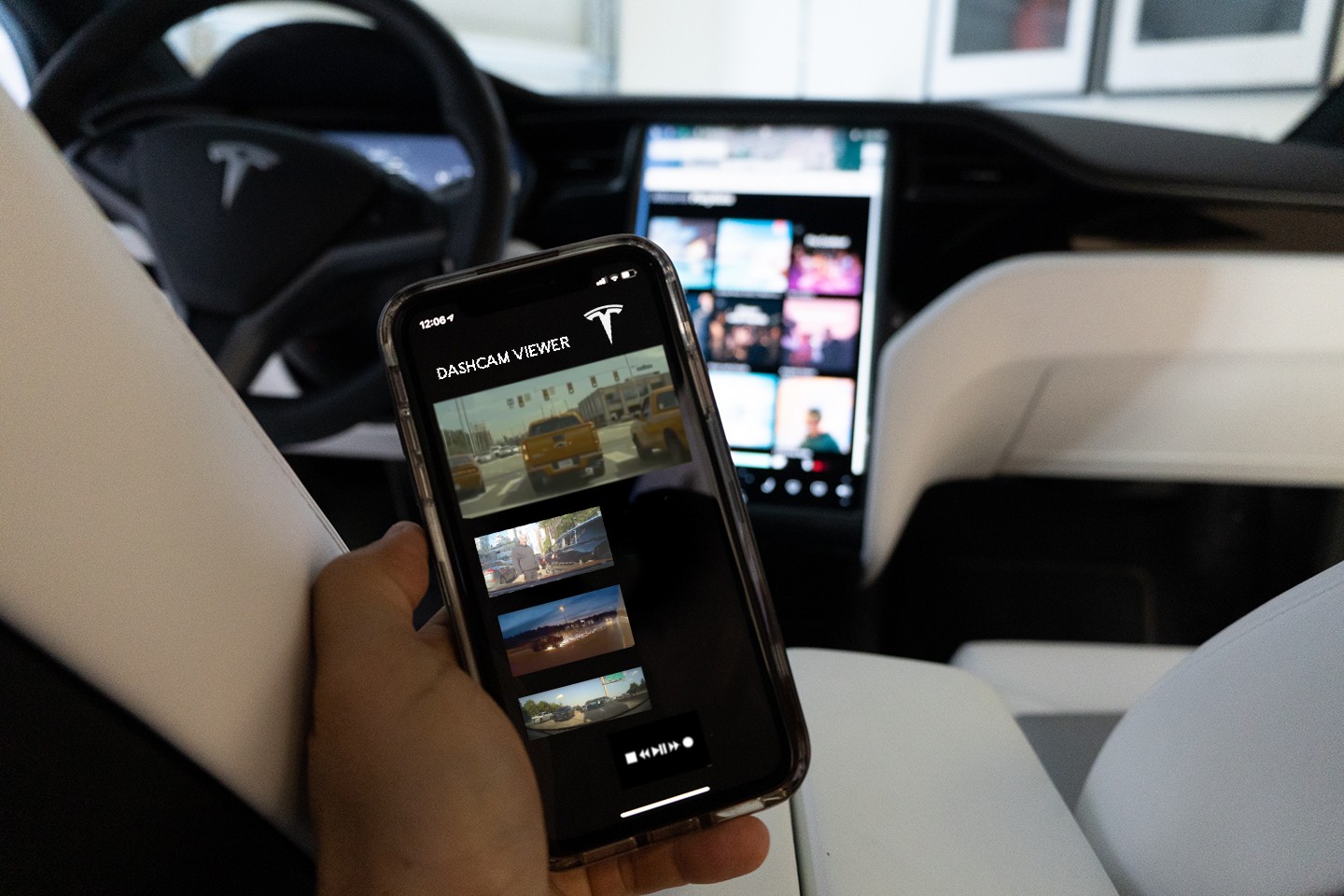 Tesla’s introduction of the “Dashcam Viewer” feature was groundbreaking for many reasons, but how great would it be to have the feature in its mobile app?

The previous viewing experience for watching recorded clips from Sentry or Dashcam required the tedious steps to download footage from a memory card and into a computer. With the latest over-the-air software update, Tesla owners can view recorded clips directly on the vehicle’s large center touchscreen. However, there are reasons that Tesla should take this feature a step further and take a baby cam or webcam approach by extending the video-viewing experience to the Tesla mobile app.

After all, the company already has the capability to upload Sentry Mode video clips into the company’s “cloud” infrastructure, thereby having a platform that could make viewing of video clips from any internet-capable device a possibility. In addition, the service to be able to monitor events captured by the vehicle’s onboard cameras becomes an added-value to Tesla’s Premium Connectivity service and increasing revenue stream from subscribers to the monthly plan.

Many companies whose products use cameras have integrated in-app viewing for ease of access for users. For example, home security systems manufactured by Nest have allowed homeowners to view instances of burglary within their homes on smartphones, allowing the victims of a home invasion the ability to report a theft in progress quickly. The recorded clips can also help police identify suspects, which could lead to an arrest or even the recovery of stolen goods. This feature would be ideal for vehicles involved in burglaries or accidents.

In the event of an accident, some dash screens or vehicle computers are damaged or compromised because of the collision. Unfortunately, this could inhibit the driver’s ability to show footage of the accident to police officers or insurance agents. It is more likely that a phone would survive an accident if it was placed in a driver’s pocket or one of the vehicle’s storage compartments, like a center console. A phone viewer would make viewing the clips or showing them to the proper authorities, an easier process as the phone could be readily available if the vehicle’s touchscreen or onboard hardware is malfunctioning after an accident.

Additionally, the quickly available clip of the accident could lead to police accurately describing an accident on a report. It is, unfortunately, a common occurrence for people who are involved in accidents to be falsely accused of causing the issue on the road. These incorrect reports can lead to hiked insurance rates and lengthy battles to have vehicles repaired. Quick and painless access to a clip of the accident could fix this issue altogether.

While advantageous for owners and drivers, Tesla could benefit financially from the additional feature. In early December, Tesla announced its “Premium Connectivity” feature would no longer be complimentary, and it would cost any owners who purchased their vehicles on or after July 1, 2018, a $9.99 monthly fee. Premium Connectivity allows owners to access certain vehicle features, including live traffic visualization, satellite-view maps, and in-car video streaming services such as Netflix and Youtube (when not connected to Wi-Fi.)

The addition of in-app viewing could lead to more owners subscribing to the Premium Connectivity service. Vehicles will have to use data providers, like AT&T, to stay linked to the cloud-like service. This data connectivity will allow the vehicle to upload saved clips, making them viewable on the Tesla app.

If Tesla decides to add an in-app clip viewer, it could prove to be one of the biggest additions the company makes to its smartphone application. Owners have posted videos of the in-car Dashcam Viewer in use, so it seems many people have been awaiting the feature for a long time. Tesla could decide to take the feature just one step further by adding clip viewing to its phone application, making life even easier for vehicle owners.