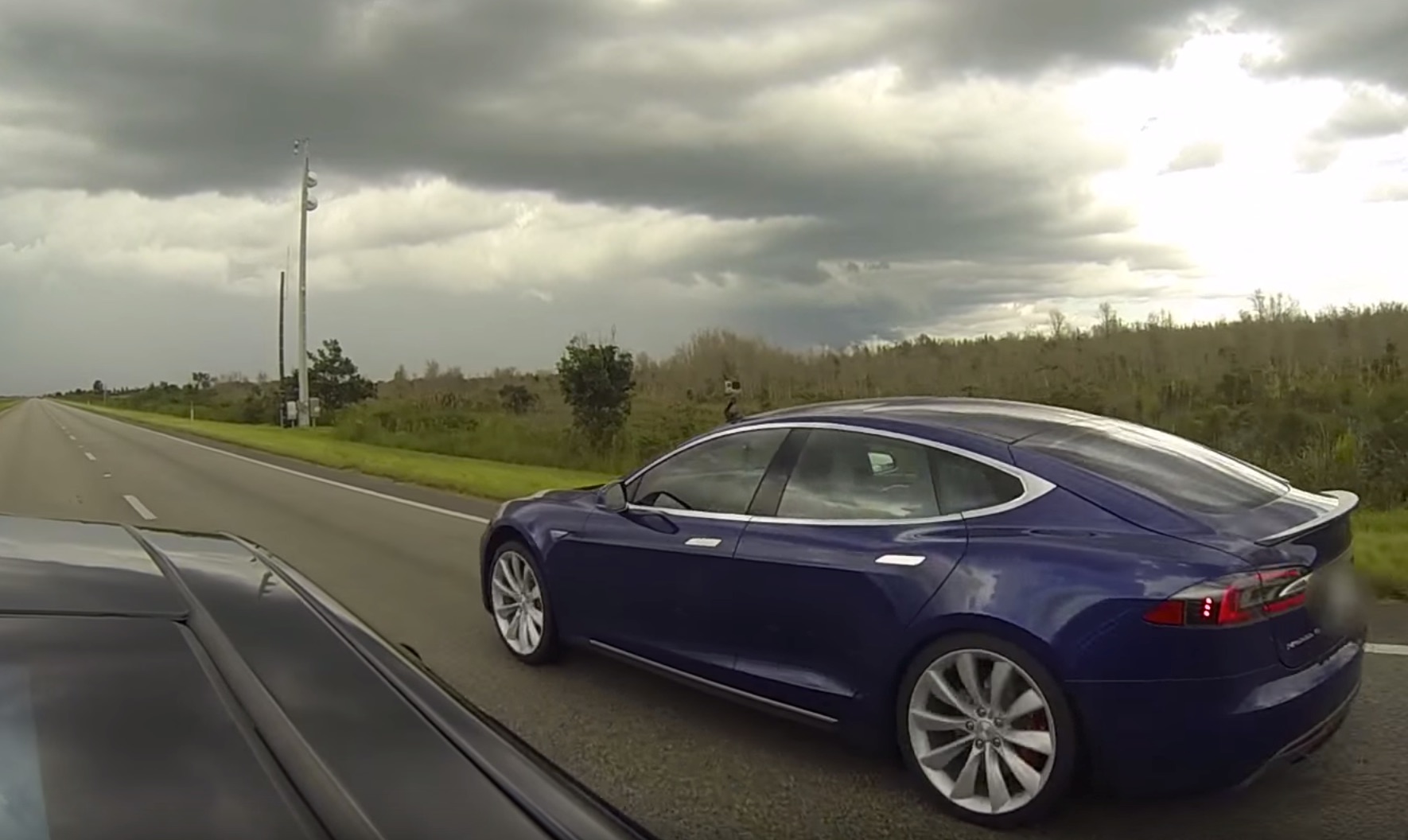 When Elon Musk first made the announcement that Tesla would be offering a new $10k “Ludicrous Mode” upgrade that will drop Model S 0 to 60 mph times down to a blistering 2.8 seconds, it had many existing P85D owners asking the question, How much faster is Ludicrous vs Insane Mode?

We now have the answer courtesy of the folks behind DragTimes. Seen in the video is the Ludicrous P90D going heads up against the Insane P85 in a mash-the-pedal-to-floor drag race.

The P90D takes an early jump to create a sizable lead over the Insane P85D. What’s most eye-opening is how the Ludicrous-enabled P90D continues to accelerate even after the P85D seems to have fallen flat.

Ludicrous Mode is being offered on the new P90D Model S and consists of a main pack contactor made from a space-grade superalloy capable of  withstanding high temperatures. The net result is the ability to draw higher current from the battery pack, from 1300 to 1500 Amps, thus producing an increase in overall power output.

In appreciation for existing P85D owners, Tesla will also be offering the Ludicrous Mode upgrade to those owners for an additional $5k plus installation costs. So far there have been no reports of Tesla Service Centers retrofitting Ludicrous Mode onto the P85D.