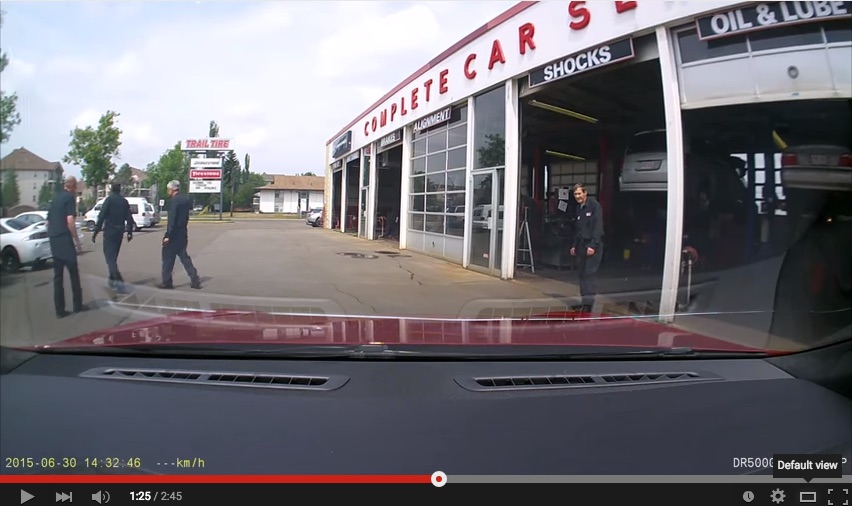 If you’ve been on the fence with installing a dash cam on your Model S, then the following video may be the nudge that pushes you over the edge.

P85D owner Andrew Batiuk took his Model S in to Trail Tire of Edmonton for a simple tpms replacement, but what he caught on camera was more than what he bargained for. Andrew posted a video on YouTube showing a few overzealous mechanics from Trail Tire probing at features of the car and later taking it for a spirited joy ride.

According to Andrew, “This video shows them trying to open the frunk/hood for no apparent reason, and confirms that during a test drive, the car was floored in an attempt to do an Insane Launch. Thankfully I had valet mode enabled, so it was a bit anticlimactic (and likely disappointed the driver/mechanic).”

A few things learned after watching this video: