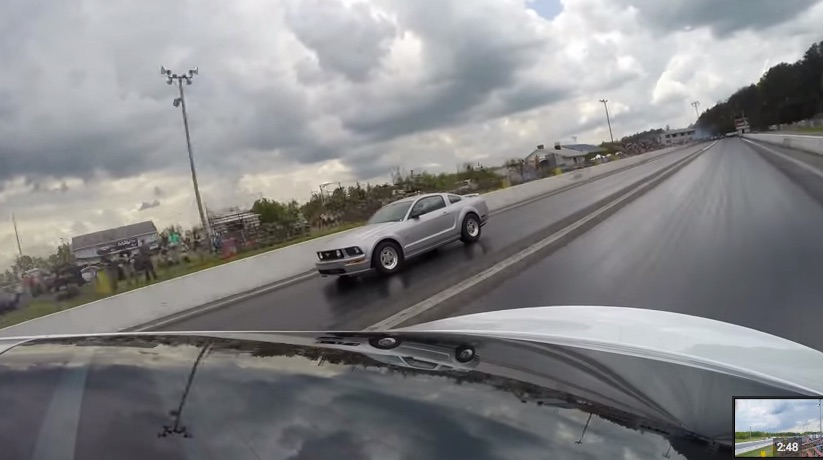 Another smack down took place this time at Piedmont dragway when a 700+HP turbo 4.6L Mustang decided to take on the Tesla P85D. The driver of the Tesla expected the worse when the sounds and sights of a turbo Mustang, lighting up the tires, came to a screeching halt as the two cars lined up for a battle of acceleration.