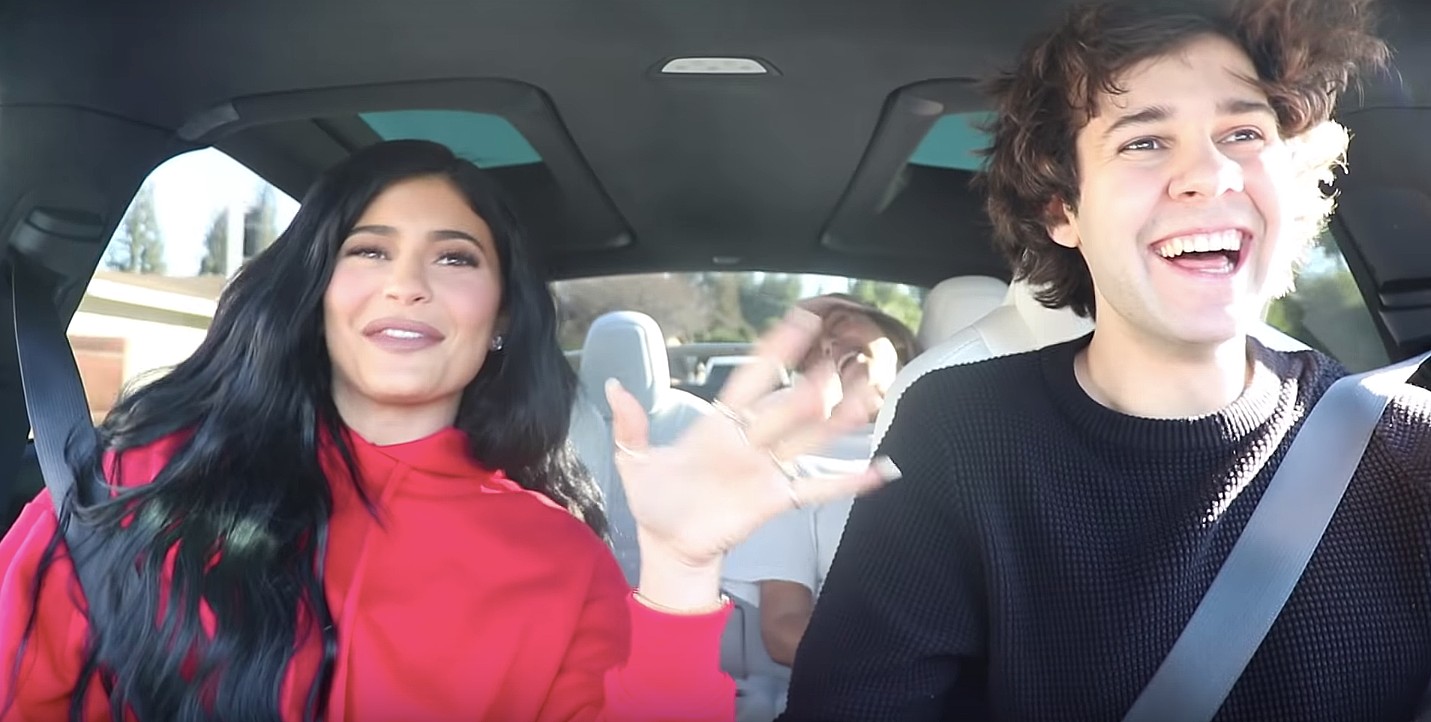 After social media influencer David Dobrik launched his Tesla Model X off a steep street in Los Angeles earlier this week, taking the all-electric SUV airborne, the video was met with plenty of opinions. Some people, including Dobrik himself, joked that Tesla CEO Elon Musk’s response to the video may have voided Dobrik’s vehicle warranty. But amid the headline-making stunt, Dobrik’s influence within the community and his long-standing support of Tesla extends far beyond the Slovak YouTuber’s knack for clickbait.

David Dobrik is best known for his frequently uploaded “Vlog Squad” episodes that feature a variety of his closest friends, pulling pranks and performing stunts. The episodes have been uploaded on a regular basis since July 2015, and his most recent video of his Model X going airborne was the 632nd vlog Dobrik has uploaded to his YouTube channel.

His popularity began during the introduction of the now-defunct social media platform Vine. He then found overwhelming success on YouTube after creating a vlog series that has since accrued over 6.4 billion video views across 15 million subscribers, making him one of the most popular and successful YouTubers in the world today.

These speed bumps in LA are on another level pic.twitter.com/alWSHa5992

In a recent interview with Vanity Fair where Dobrik talked about his daily routine, he stated that one of his favorite things to do is drive. “I love driving. Everywhere we go, 100% I have to be driving. I’m so uncomfortable in other people’s cars. I cannot Uber. When I had more time, I would love to pick up my friends from the airport. I would get so mad at them when they would call an Uber,” he said.

Dobrik’s current lineup of cars includes his Tesla Model X P90D and a Ferrari 458 Spider. With those in the driveway, who wouldn’t love to drive.

However, Dobrik’s support of Tesla has gone far beyond what he flexes in his driveway. The YouTube star has been a massive advocate and vocal supporter of the Elon Musk-led company since purchasing his Model X in 2016. He’s purchased a number of Tesla vehicles in the past and has gone as far as gifting them to his friends. Dobrik also teamed up with one of his endorsers in December where he gave a Model 3 away to one of his Instagram followers.

Dobrik joins a broad range of demographics that include celebrity endorsers, influencers, and some of the world’s most powerful people as supporters of the Silicon Valley-based electric carmaker.

And if we’re to look past Dobrik’s love for high-flying antics, we can see an influencer’s genuine interest to encourage others to embrace the movement toward electric vehicles and a sustainable future.

And that in it of itself makes all the Clickbait in the world worth it.

Hey guys for Christmas Seatgeek and I are giving away this Tesla to one of y’all!! Just follow me and @teamseatgeek, share to your story, and tag a friend in the comments! Choosing the winner on Christmas Eve!! – UPDATE THE WINNER IS: @valerierrico No purchase necessary. Exclusions apply. Terms and Conditions here: https://bit.ly/2PNwgYl