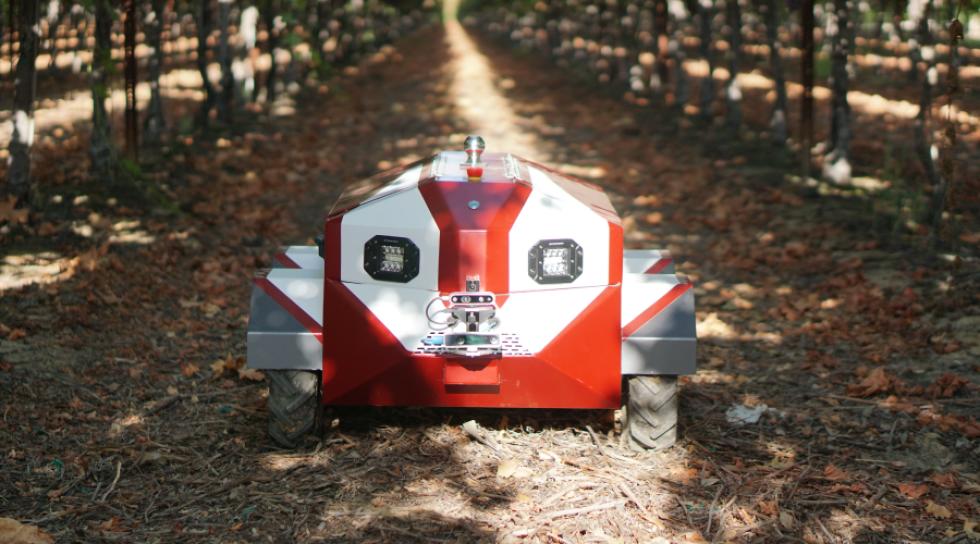 Hitch's Farming Robot harvesting grapes while working on a vineyard.

The farming industry was critical in the success and growth of our nation and today is still a keystone part of the American economy. Since the founding of the United States in 1776, farming has been considered a dominant force in providing American citizens with employment and food. According to the U.S. Bureau of Labor Statistics, almost half of the American population was employed in agriculture. However, this number has sharply declined.

The Agricultural industry employed less than 1% of the American workforce in 2018. With the U.S. population steadily increasing, the agriculture sector is in need of more laborers and workers to keep up with the demand for food and harvesting of other necessities.

One of the most booming sub-industries in the agricultural field is cannabis and hemp. Cannabis-based products have become a hot commodity because of their wide array of uses. Everything from industrial-strength hemp rope to Cannabidiol (CBD) products have taken over as some of the most popular items to buy.

CBD has boomed since its initial introduction into the medical industry in 2018 after its legalization due to the passing of the U.S. Farm Bill that allowed the product to be used medically and recreationally. CBD products are used by the world’s biggest athletes, and also by regular citizens who suffer from common medical issues like anxiety and depression. Forbes suggests that the CBD industry could be worth $20 billion by 2024.

California-based Hitch Robotics is one of the companies aiming to assist the industry with its lack of workers. The company has developed a fully-autonomous and solar-powered farming robot that is geared toward assisting in the harvesting of large fields of cannabis. With the development of autonomous machines like Hitch’s farming robot that can work around the clock without human interference, the workforce may not need to grow.

Hitch notes that the continuing decline in the agricultural workforce has cost the U.S. economy $3.1 billion annually in the production of crops. With Hitch, farms can see a 30% increase in labor productivity, which could save California, the state with the biggest Ag industry, around $1.7 billion.

Hitch’s fully-autonomous product will assist in the harvesting of crops and plants through a fully-computerized method of navigation. The robot will use Artificial Intelligence, High Precision GPS systems, various cameras and sensors to navigate through any crop field it is meant to be utilized for.

The robot also has three different “hitches” to assist with different tasks: The Transport Hitch, the Harvest Hitch, and the Command Hitch. The Transport Hitch can be used for transporting crops and plants to other locations. The Harvest Hitch is pulled by a series of autonomous vehicles and will accurately identify and then pick and pack ripe produce or crops, place them in a bin and transport them to the appropriate location. The Command Hitch allows a series of autonomous vehicles to be operated through a solar-powered trailer with automated battery swaps.

The versatility of the Hitch Farming Robot could revolutionize the modern agricultural industry as we know it. The company has raised $386,600 of its $2,000,000 goal for the current investment round and is backed by a global early-stage venture fund, focused on Deep Tech and enterprise solutions. Hitch has requested the help of Teslarati to secure the rest of the needed funding to continue the development of its product.

Hitch has already garnered the attention of many farms, and two have submitted pre-orders, one is a publicly-traded cannabis company, Grown Rogue, and another is 130-year old specialty farm, HMC Farms. Combined, they have pre-ordered 500 bots totaling $26.8 million in revenue for Hitch.

For as little as $1,000 today, you can become a shareholder revolutionizing and invigorating the agricultural industry.