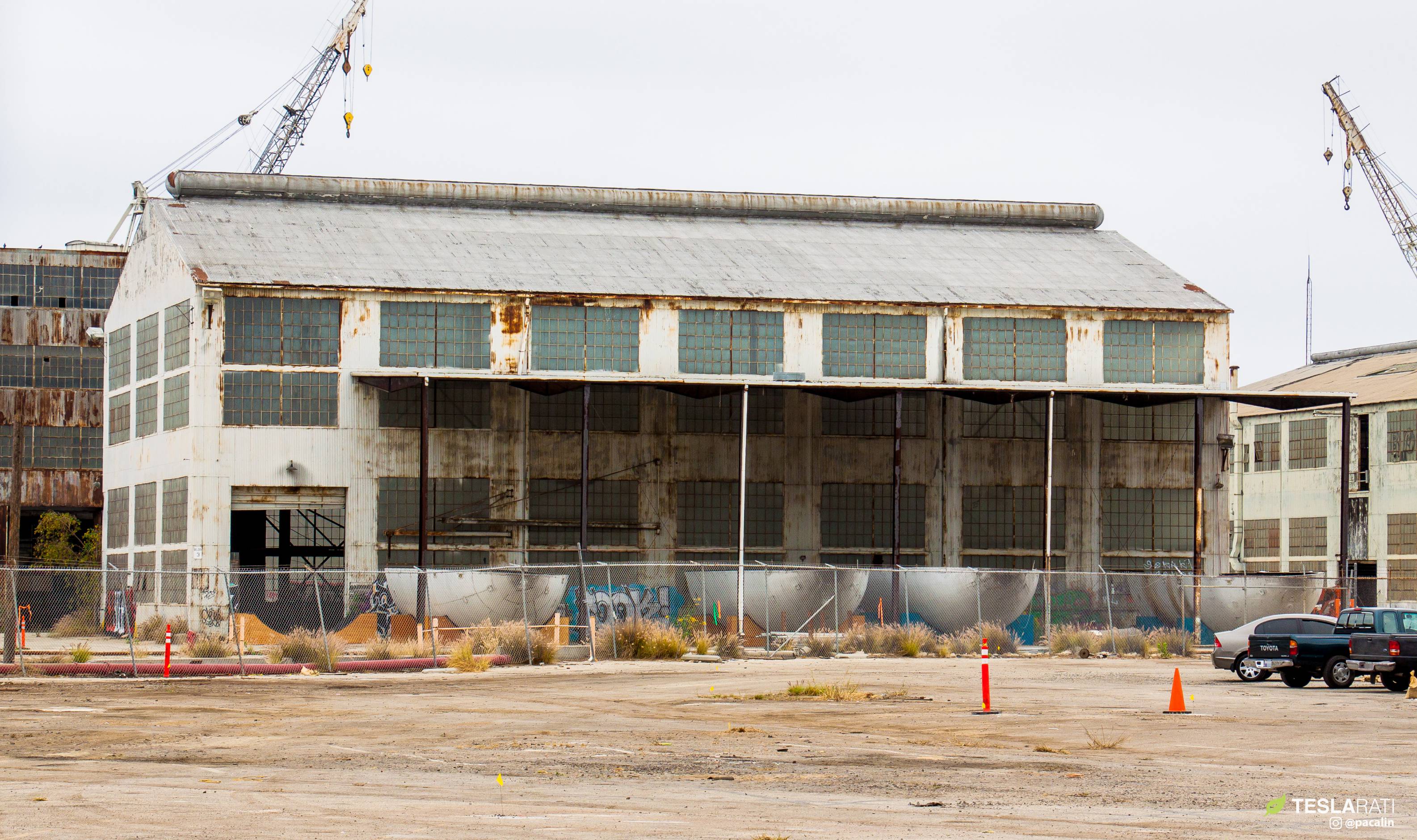 Less than a year after SpaceX scrapped major plans for a Port of LA factory, the company is again in talks to build Starship hardware at the port. (Pauline Acalin)

In March 2018, nearly two years ago, the public first became aware of SpaceX’s plans to build a Starship factory in Port of Los Angeles. Begun while Starship was still known as BFR (Big Falcon Rocket) and designed to be built almost entirely out of carbon-fiber composites, the company’s first in-house effort to build its next-generation rocket began in an unassuming tent erected on port property around December 2017. Unintentionally foreshadowing the future of both Tesla Model 3 and SpaceX Starship production, that temporary tent was completed in just a month or two and officially began supporting BFR prototype production in April 2018.

In December 2018, CEO Elon Musk rebranded BFR as Starship and revealed that SpaceX would take the extraordinary step of redesigning the fully-reusable rocket to use stainless steel instead of carbon fiber. One year after SpaceX began building carbon fiber hardware, Musk moved quickly to make the radical move to steel permanent, literally scrapping its BFR prototype tent and abandoning its lease of a separate facility that was meant to host a more permanent composite Mars rocket factory in the near future. Now, almost exactly a year canceling its Port of LA factory, SpaceX has returned with plans to build and finish new port-based Starship production facilities just a few months from now.

Completed in September 2018, the closest SpaceX ever got to producing its 2017 BFR iteration was a large ring-like composite structure, also known as a barrel section. Measuring some 9m (30 ft) wide and 4-6m (12-20 ft) long, both 2016, 2017, and 2018 variants of SpaceX’s next-generation fully-reusable rocket would have been assembled from a number of similar components — all to be built out of carbon composites with giant mandrels (a bit like inverse molds).

While it’s more than likely that SpaceX could have managed the feat, building a reusable orbital spacecraft like Starship out of carbon fiber posed a vast array of challenges. When Musk revealed that SpaceX would move from carbon fiber to steel in December 2018, the CEO went into some detail to explain several of those challenges and why the major change was thus worth the substantial body of work it would force the company to scrap and redo from scratch.

The two biggest hurdles for BFR were quite simple. From a technical perspective, carbon fiber is dramatically less temperature-resistant than most metals (especially steel), meaning that despite it offering a much higher strength-to-weight ratio on paper, almost every inch of the spaceship and booster’s exposed surfaces would have to be insulated. For Starship, this would be exceptionally challenging given that the spacecraft must fundamentally be able to survive numerous orbital-velocity reentries with little to no refurbishment in between. While a steel Starship would still need a proper heat shield on its windward half, the other half of its steel hull could likely be almost entirely unshielded thanks to the fact that most steels remain structural sound at much higher temperatures.

Beyond the “delightfully counterintuitive” technical properties that could make a steel Starship as light or even lighter than the carbon composite alternative, Musk also noted that a huge motivator for the switch was the fact that the cutting-edge composites SpaceX would have to buy were incredibly expensive. In September 2019, Musk stated that composites would have cost some $130,000 per ton, whereas a ton of the stainless steel SpaceX is now using can be purchased for just $2500. In simpler terms, from a material cost perspective, steel Starships and Super Heavy boosters could cost an incredible 50 times less than their carbon composite twins.

For now, it’s unclear exactly what SpaceX foresees for Starship’s newly re-proposed Port of LA factory. The same primary constraint remains: there is still no affordable way to ship full-scale 9m-diameter Starship hardware by road. The most likely explanation for the resurrected interest in port facilities is that SpaceX still wants to keep some major aspects of Starship manufacturing within reach of California’s vast aerospace talent pool, as well as the company’s own California headquarters, situated just 20 or so miles from Port of LA.

At the same time, SpaceX probably has all the space it could possibly want at its Hawthorne, CA headquarters after a massive Triumph facility was recently vacated, meaning that any intentional expansion in Port of LA is probably motivated by the need to transport massive rocket parts from California to Texas and Florida. Daily Breeze also reports that “SpaceX would manufacture its…Starship spacecraft and…Super Heavy [booster] on the property” if it receives approval, seemingly implying interest in full-scale rocket production at its prospective port factory.

Regardless of whether SpaceX wants to build smaller Starship subcomponents (i.e. nose cones, header tanks, fins, plumbing, crew compartments, etc.) or complete spaceships and boosters, the company is seemingly far more eager to get port facilities in place, this time around. Specifically, SpaceX told a city council member that it wanted to get a Port of LA facility up and running just 90 days after it expressed new interest in the concept.

To do so, SpaceX will copy the methods used to create both Tesla’s General Assembly 4 factory addition and its own massive Starship production space in South Texas, relying on Sprung Instant Structures to erect a massive semi-permanent tent or two in an extremely short period of time. Unfortunately, because of how abruptly SpaceX abandoned its Port of LA factory lease, the company will have to repeat the permitting and environmental review process from scratch, making it very unlikely that it will be able to begin construction within the next month or two.

Regardless, SpaceX certainly remains as agile as ever. Stay tuned for updates on this surprise resurgence of plans for a Port of LA Starship factory.