Elon Musk’s Boring Company Loop in Las Vegas, simply known as the Vegas Loop, is set to expand, according to the Las Vegas Convention and Visitor Authority’s President, Steve Hill.

Hill met with the LVCVA’s Board of Directors in a meeting on Tuesday morning, outlining a plan that Musk’s Boring Co. recently submitted that would allow the Boring Co. Loop to expand.

Currently, the Loop is set to transport passengers from the Las Vegas Convention Center to various hot spots, resorts, casinos, and hotels on the Vegas Strip. It is also planned to run from the Fremont Street Experience, several miles north of the Strip, down to McCarran Airport.

However, new plans indicate that the underground “people mover” will stretch “as far north as downtown Las Vegas, throughout the Strip corridor, and as far south as the Allegiant Stadium, pending approval later this week by the Stadium Authority, the owner of the stadium,” according to a release on PRNewswire.com.

“The Vegas Loop will be a game-changer for our visitors seeking to quickly access world-class attractions and resorts throughout the destination in a fun and convenient way,” Hill said.

The Vegas Loop’s President, Steve Davis, also commented on the possibility of the expansion. “We are very excited about the future of Loop transportation in Las Vegas and are grateful for the enthusiasm shown by Clark County, the City of Las Vegas, the LVCVA, the resorts, and attractions.”

The Boring Company won the project with a $48.6 million dollar contract, with the project expected to cost around $52.5 million. Other companies, like Austria-based Doppelmayr Garaventa Group, also attempted to win the project. However, their idea was above ground and would have cost $215 million to complete.

In August, Musk stated that the Boring Company tunnels in Vegas were only “a few months from being operational.” The process of boring the tunnels under the LVCC was completed in May, and the final touches are being put into place currently. However, the expansion would revolutionize the way tourists and residents move from various locations within the “Sin City.”

In mid-September, Teslarati reported that The Boring Company had also filed for an expansion that would allow the loop to overtake property that was previously a territory of the Las Vegas Monorail. The Monorail went bankrupt in September and was purchased by the LVCVA.

The expansion is pending approval and will be finalized later this week.

Below, you can compare the old Loop to the newly proposed Loop. 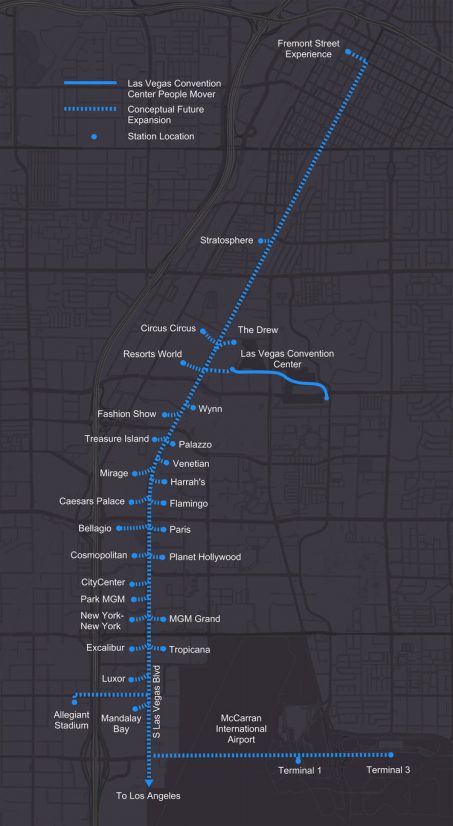 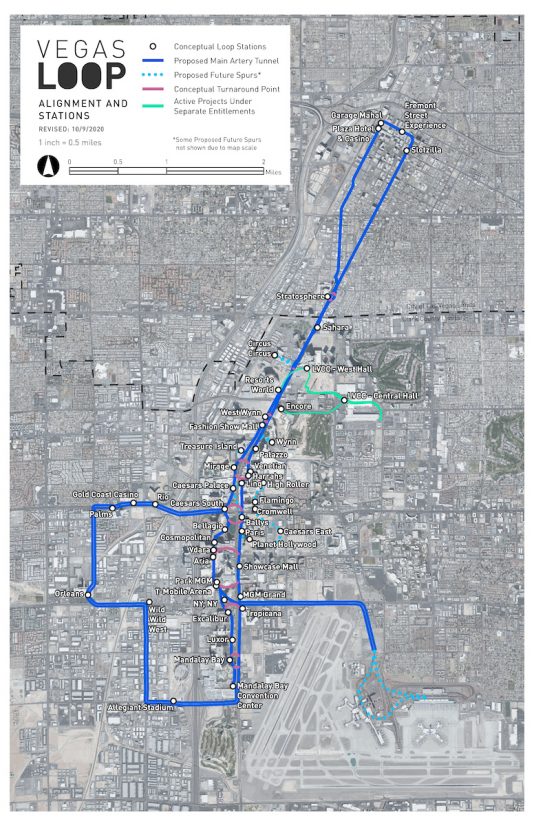