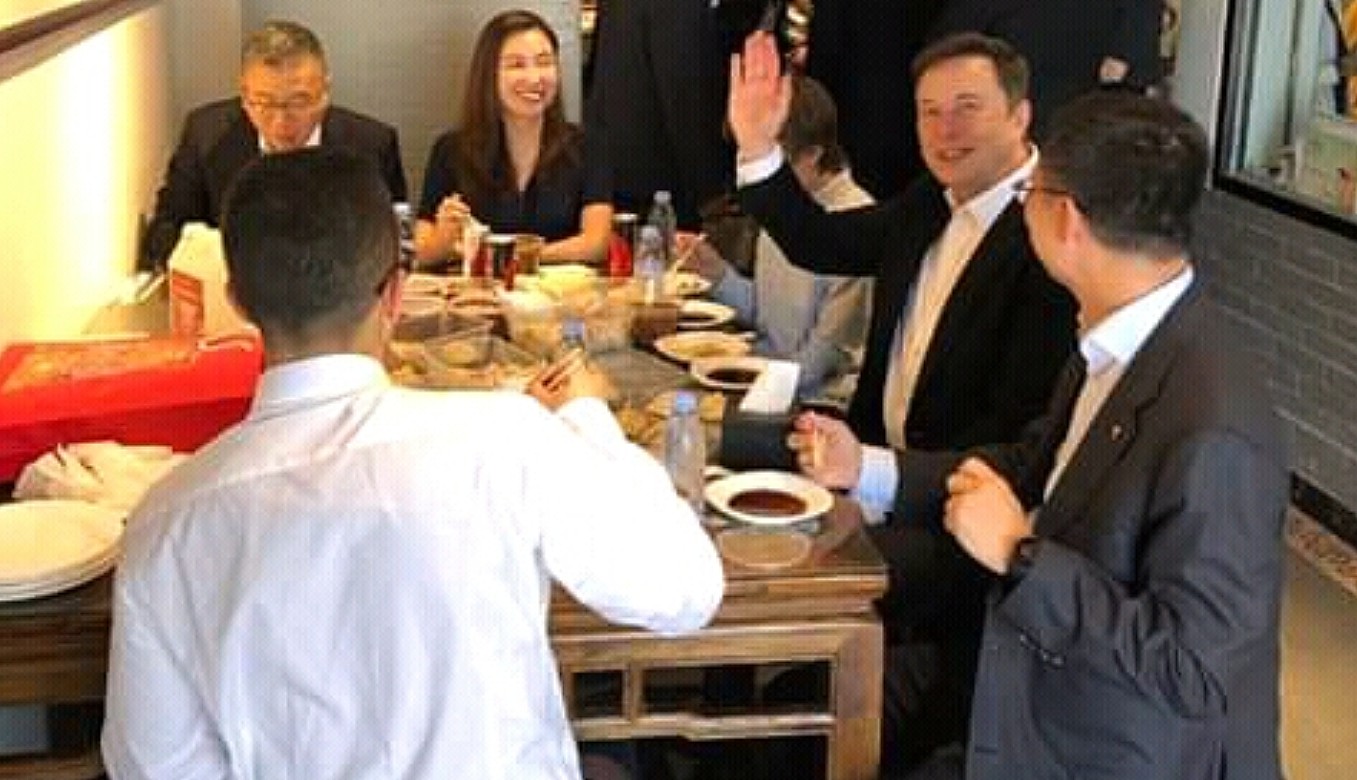 Elon Musk’s visit to China was productive. He visited Gigafactory 3, attended an AI conference, and met with several government officials. Yet, after his trip, Musk left the country with more respect from China’s social media users, particularly because, of all things, his frugal accommodations and food choices.

Musk is no stranger to discomfort. During the Model X production ramp, Musk made headlines when it was revealed that he was sleeping in the Fremont factory to help address any issues that might arise in the SUV’s production line. The CEO repeated this during the Model 3’s “production hell,” a period Musk admitted was one of the most challenging he has experienced in his career.

It is then quite unsurprising that when Elon Musk headed last week to China, he opted to stay at accommodations that are practica. Unlike conventional CEOs who tend to treat themselves only to the best amenities available, Musk opted to stay at a Holiday Inn during his busy trip.

As Musk headed to Beijing last Friday, the CEO was spotted by social media users together with his fellow executives eating at a famous, low-key Baozi (filled bun) shop for lunch. The restaurant is well-known in the area, but it is still very simple and significantly less fancy compared to fine dining areas in the city, with an order of dumplings priced at just 6 yuan (84 US cents). Musk and his fellow execs did not receive any special treatment while they dined either, as the team waited in line for food just like with everyone else in the restaurant.

While Musk is among the world’s wealthiest with an estimated net worth of around $19 billion, he is no stranger to roughing it out when needed. During the early days of his and his brother Kimbal’s first company, Zip2, for example, Musk burned the midnight oil on a near-consistent basis, and it was not common to find him just sleeping at a bean bag near his workstation, having practically passed out from work. When Tesla and SpaceX were both in dire straits during the middle of the 2007-2008 financial crisis, Musk would regularly sleep on friends’ couches as needed.

In Ashlee Vance’s book, Elon Musk: Tesla, SpaceX, and the Quest for a Fantastic Future, Google CEO Larry Page joked that despite the wealth that Musk had accumulated over his career, his accommodations have not always been the best. “He’s kind of homeless, which I think is sort of funny. He’ll e-mail and say, ‘I don’t know where to stay tonight. Can I come over?’ I haven’t given him a key or anything yet,” Page lightly said.

Perhaps Musk’s willingness to forego the plushiest, most comfortable amenities are quite unusual for someone of his stature. Nevertheless, for China’s social media community, at least, such characteristics are worthy of approval, and perhaps even admiration.