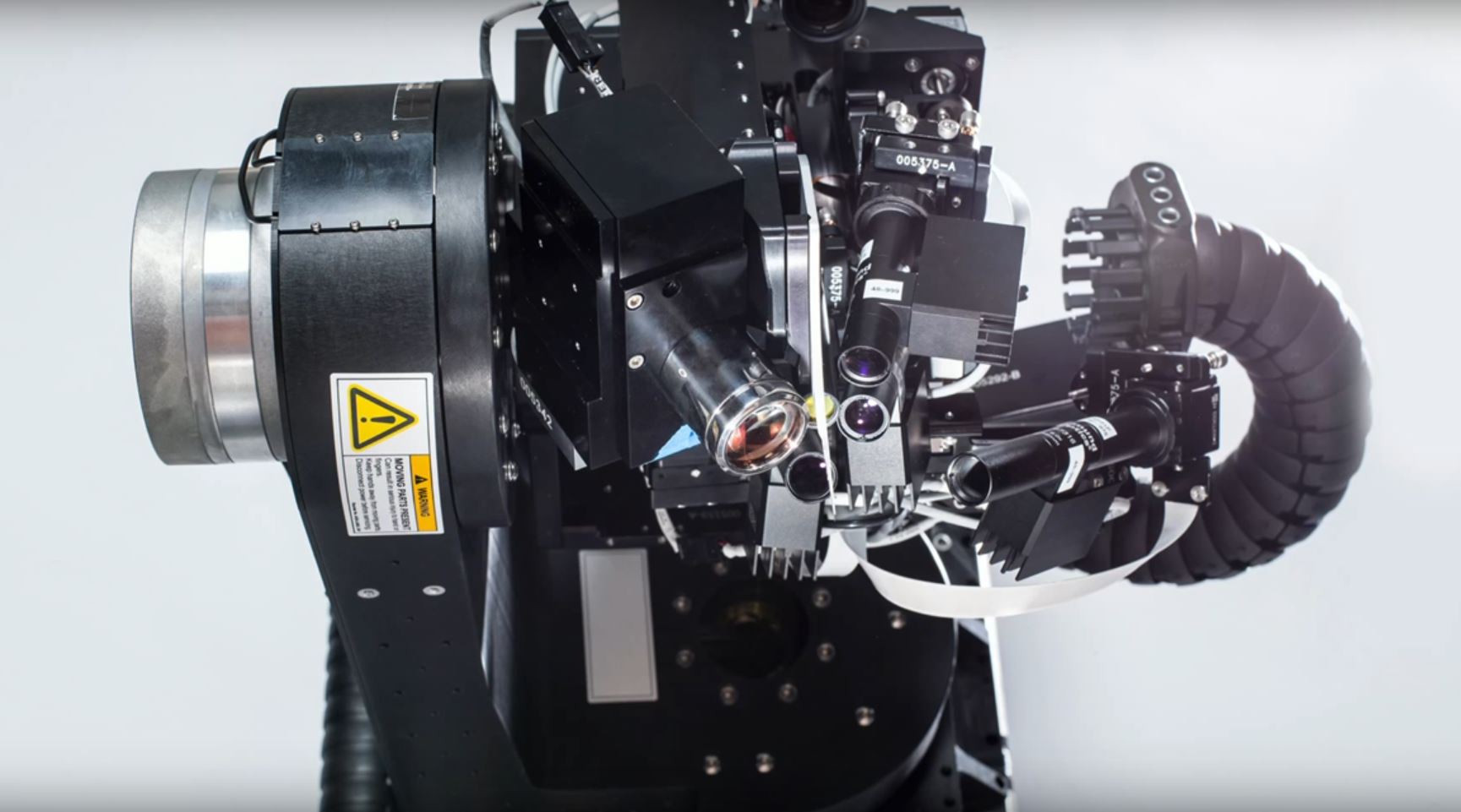 Besides giving the world the option to switch to Tesla emissions-free electric cars and hopes of sending humans to Mars and beyond, Elon Musk also dreams of giving humans symbiosis with artificial intelligence through an implantable brain-machine interface created by Neuralink, a company he founded in 2016.

Neuralink is working on improving the basic structures of high-density Utah Array, a tiny chip that has become the industry benchmark for recording large populations of neurons. Dr. Richard Norman from the University of Utah invented the chip in 1997, which acts as an ultra-thin, flexible, and biocompatible polymer that connects the human brain to a tiny chip. During an event last year, Neurallink explained that the implant can be placed behind the ear and can interpret brain signals. Musk’s neural tech company has also invented a robot that can sew the implant to the brain with better precision than any human surgeon.

Wait until you see the next version vs what was presented last year. It’s *awesome*.

So far, the brain-machine interface by Neuralink has reportedly helped a primate communicate with a computer interface. There are plans to install a prototype this year into a human. According to Musk, they are still on track to do this.

“It will ultimately be used to make up for entire lost sections of the brain due to stroke/accident/congenital. Don’t want to get too excited, but the potential is truly transformational for restoring brain & motor functions. There is no other way to do it imo,” Musk also wrote on Twitter.

The brain is a complex network of nerves that uses impulses to sense the outside world and to control the human body. Neuralink will use these signals and amplify them so a patient can use them to be more functional. For example, someone with paralyzed upper extremity due to a stroke can have a brain-machine interface on the center of the brain that controls movements of the arm and hands which will help patients feed, dress, and generally function on their own.

Likewise, for someone who has an amputated limb, the Neuralink brain-machine interface will be able to communicate with a robotic arm to help someone use an artificial hand to write or use a computer. It can also be perfect for someone who needs to control a robotic leg to prop one up to stand without the help of anyone.

With a smart home setup, a paralyzed person who cannot clearly or is unable to speak and move can simply command a computer to dim the lights, turn on the air conditioner, or call someone if they need urgent attention.

While it might be a very long shot, these brain-machine interfaces interacting with other future technologies can also serve as bridges to parts of the body that are medically “disconnected”. For example, a patient with spinal cord injury has severed connections between the brain and parts of their body corresponding to the level their spinal cord was injured. The Neuralink implant can play pseudo stem cells that will provide the artificial connection so one can better function. Same for someone with multiple sclerosis whose nerves basically lose the sheath that makes them transmit electrical signals optimally.

Just like how Neuralink can be exploited to help the brain control movement of a robotic arm, it is highly possible to tap into the sensory cortex of the brain. Sensation allows better manipulation of one’s environment and should be very helpful even when using robotic arms. One can tap the signals of the brain, send it to the brain-machine implant and to the robotic hand, for example, and back. If one grabs a glass of water, it can easily control the movement through space because the patient knows its shape, weight, texture, temperature, among other factors.

The Neuralink team also aims to use the brain-machine interface to “give back” one’s vision by tapping into the visual center of the brain.

With its ability to tap into specific signals of the brain, Neuralink also has the potential to create synthetic speech for people who are paralyzed or those with neurological conditions that do not allow them to speak.

These are just some of the things we can see Neuralink will be used for in the future. While all these seem to be fantastical, according to Neuralink, what they’re doing is not pulled from thin air but based on decades of neurological foundation.

Ultimately, with the dream of human-AI symbiosis, as more technologies develop, the use for Neuralink’s brain-machine implant will evolve. Elon Musk mentioned before that perhaps one day, it will be used for telepathic communication between humans or perhaps even drive a Tesla. Or perhaps, in the future, one can upgrade one’s knowledge and download terabytes of information with a blink of an eye through Starlink.