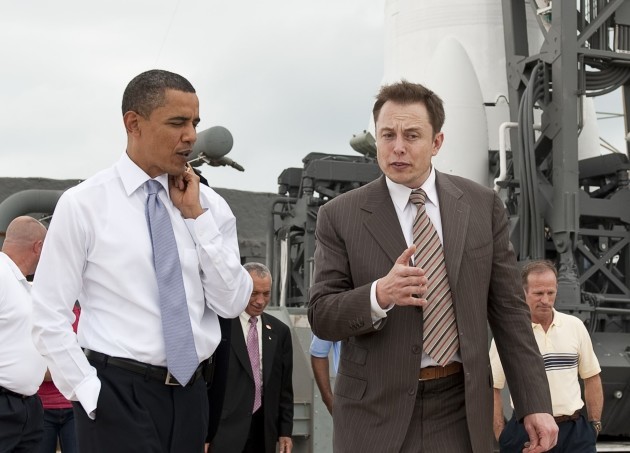 In spite of tremendous obstacles, Elon Musk has changed the way the world thinks about energy usage. He has defied odds with his rocket company SpaceX despite having to face-off against government-funded competition. He has pushed Tesla’s direct sales model even when hit with major lobbying blockades from the Big Three car manufacturers in Detroit. Musk’s Master Plan Part Deux outlined a vision for the future of sustainability and its necessity for the planet. It’s an argument that many pundits have rejected as too costly, complicated, or just plain crazy.

On Monday, President Barack Obama wrote in the journal Science that a national policy to embrace renewable energy over a continued focus on fossil fuel production makes economic sense. President-elect Trump has decried calls for the U.S. to transition to alternative fuels.

Both Musk and Obama speak to energy policies that would change the way people heat their homes, commute to work, and depend on big utilities for energy provision. In his first Master Plan, Musk offered offered a pathway in which a low volume, expensive car would create a profit that would eventually be directed to create an affordable, high volume car. That first plan also emphasized the importance of solar power provision. He reiterated in Master Plan Deux that “we must at some point achieve a sustainable energy economy or we will run out of fossil fuels to burn and civilization will collapse.” Increasing atmospheric and oceanic carbon levels threatens life on the planet, and Musk has said all along that the faster we achieve sustainability, the better.

Obama noted in the Science article that many businesses have come to the independent conclusion that reducing emissions is good for the environment and for profitability. He noted that millions of U.S. citizens already are employed in jobs related to energy-efficient technologies, adding that the cost of renewable energy has continued to decline, partly because of government incentives but primarily due to market forces. “Although our understanding of the impacts of climate change is increasingly and disturbingly clear,” Obama states, “there is still debate about the proper course for U.S. policy.” Obama goes on to say that the United States is showing that greenhouse gas mitigation “need not conflict with economic growth. Rather, it can boost efficiency, productivity, and innovation.”

Musk’s successful and sustainable business practices correlate with President Obama’s conclusions. Tesla’s commercial Powerpack system, alongside solar company SolarCity, combines integrated energy generation and storage. Tesla production goals include improved factory efficiency 5X to 10X by 2022, which will, in turn, make Tesla’s vehicles more affordable. With radar, sonar, and advanced AI, Tesla’s Autopilot may end up 10X safer than human drivers. Tesla’s vision for the future is not limited to cars, as Musk wants to reinvent all kinds of vehicles such as massive electric 18-wheelers, which would dramatically reduce cargo shipping costs and could have revolutionary economic and environmental implications.

“There is always tension between the visionary and the day-to-day, but that’s what causes things to happen as you figure out how the world is going to be,” offers Ian Wright, whose startup, Tesla, has propelled Musk toward uber success. “It’s really hard to imagine how Elon does it all. He’s human like everyone else. It hasn’t been smart to bet against him.”