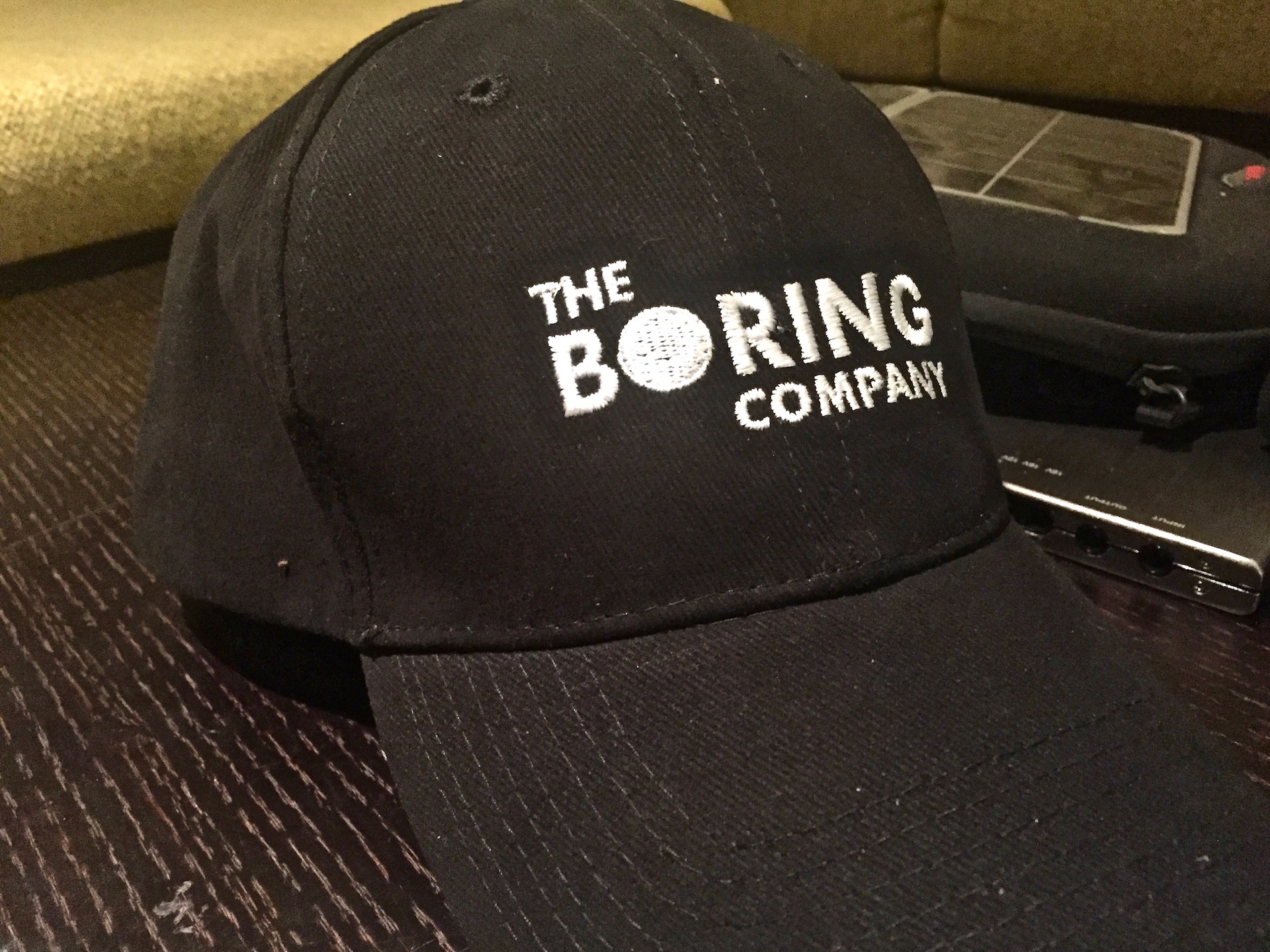 Roughly a month after it was revealed that The Boring Company was beginning to sell hats, serial tech entrepreneur Elon Musk confirmed that his tunnel digging venture has sold $300,000 worth of the merchandise. The Tesla and SpaceX CEO thanked all buyers of the company’s “super boring hat” over Twitter saying, “You rock, figuratively & literally. All cash goes directly towards more boring.”

He is of course thankful for the outcome of his tongue-in-cheek “Initial Hat Offering”, or IHO, because, after all, the company has been in the midst of building an underground tunnel beneath Los Angeles. “Gonna build that tunnel one hat at a time” said Musk last month.

The one size fits all baseball cap with velcro back strap isn’t luxurious by any means. But Musk, always the showman, managed to still sell 15,000 units of the $20 hat.

Musk recently announced plans to connect the congested Interstate 405 in Los Angeles with U.S. Route 101 with an underground tunnel dug by The Boring Company.

As Boring Co. continues to dig its 2-mile test tunnel beneath a section of land adjoining SpaceX and Tesla’s Design Center in Hawthorne, CA, the company is expected to learn from its test project and ultimately reinvent traditional tunnel digging by building faster boring machines and implement more efficient processes for tunneling.

Musk’s grand vision for The Boring Company is to build a multi-level underground transportation network where vehicles can travel at high speed on electric skates. The tunnels will also be able to serve as the infrastructure for Hyperloop transportation.