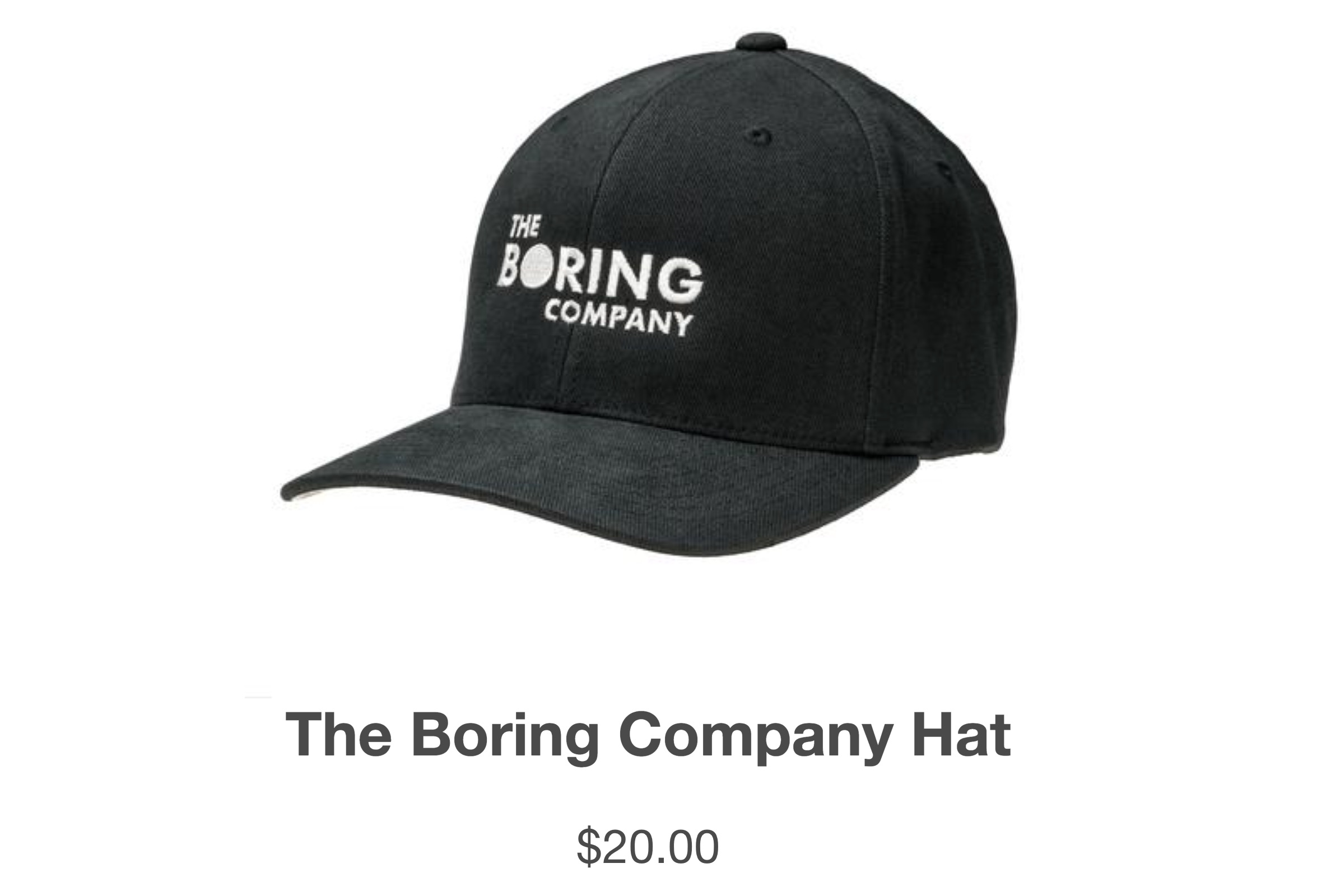 The Boring Company has raised an additional $80,000 in funding thanks to four thousand-some boring individuals (myself included) who impulsively purchased a branded hat, seemingly for no reason other than the fact that Elon Musk tweeted it. The $20 merch dubbed as “the world’s most boring hat” was quickly shared across twitter by excited fans on Tuesday evening when Musk first revealed his plans to build LA’s underground tunnel “one hat at a time.”

The world's most boring hat https://t.co/rnHPgyhx4Z

Musk fans quickly took to Twitter to share their enthusiasm for the no-frills and simple one size fits all black hat with a velcro strap. Some posted photos of their order confirmation while others simply couldn’t avoid the lure of replying back with the unavoidable tongue-in-cheek “boring” response.

I’ll take some boring underwear. I’d like to send a message.

OFFICIAL BORING HAT, I have waited SO long for you. I can't even believe how fast I purchased this just now. #SoBoring https://t.co/m3aXYUUmbO

Ordered mine! That was the most boring checkout process.

Now, less than 24 hours after Musk hawked some merch for this tunnel-digging startup that’s being incubated out of SpaceX, the serial tech entrepreneur indicated that nearly 4,000 hats have been purchased. Along with the update, Musk threw in a BOGO (buy one, get one) deal for the person that purchases the 5,000th The Boring Company hat. At the current rate of hats being purchased by fans, it won’t be long before Musk raises $100,000 from the sale of 5,000 hats.

The Boring Company looks to reinvent traditional tunnel digging with faster tunnel boring machines and a more efficient process for digging. Musk’s ultimate goal is to build an underground transportation network for multi-level tunnels for cars and urban transportation minibuses where vehicles can travel at high speed on electric skates. The tunnels will also be able to support Hyperloop transportation.

Musk’s tunnel digging project was recently given the green light by the Hawthorne City Council to dig a 2-mile test tunnel beneath city streets near Tesla’s Hawthorne Design Center and SpaceX.