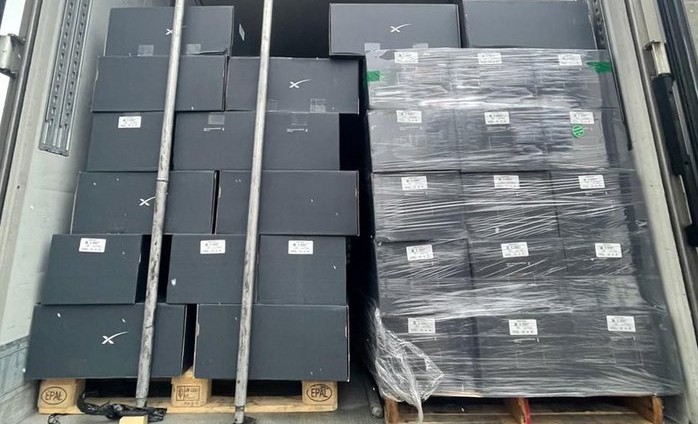 This past Sunday, the Starlink mobile app, which allows users to connect to Elon Musk’s satellite internet service, became the most downloaded application from the Apple App Store in Ukraine. The app had about 21,000 installs globally on Sunday from the App Store and Google Play, with most of the downloads coming from the besieged country.

Overall, it appears that Ukrainian users are definitely warming up to Elon Musk’s satellite-based internet. Sensor Tower, a firm that provides data from the Apple App Store and Google Play, informed The Wall Street Journal that the Starlink app has been seeing a surge in demand lately, with global downloads more than tripling in the last two weeks alone. The analytics firm further noted that Starlink has seen 98,000 installs across Ukraine’s Apple App Store and Google Play so far.

Starlink has become quite valuable in Ukraine, which has been suffering from a growing number of internet shortages since Russia started its invasion of the country three weeks ago. According to the British Ministry of Defense, Russia is probably targeting Ukraine’s communications infrastructure, but the internet outages in the country may also be caused by the collateral damage from the invading forces’ attacks.

The British Ministry of Defense has noted that outages have been observed in several areas of Ukraine, such as Mariupol, Sumy, Kharkiv, as well as the capital city of Kyiv. Mariupol, which has experienced heavy attacks, was reportedly without internet connectivity for a week as of March 9, 2022. Major internet providers in Ukraine are also believed to have been hacked.

Considering these circumstances, Starlink has become invaluable for Ukraine. Starlink’s terminals are mobile, and following a recent update announced by Elon Musk, the satellite internet systems could now be powered through a vehicle’s car cigarette lighter. SpaceX also released an update that enabled Starlink’s mobile roaming capabilities, so the system’s phased array antenna could maintain signal even if it was fitted on a moving vehicle.

While SpaceX’s efforts to bring Starlink to Ukraine are admirable, Elon Musk’s electric vehicle company, Tesla, also served a key role in delivering the satellite internet terminals to the besieged country. As per a recently leaked email from Tesla director of Northern Europe Axel Tangen, Tesla Energy employees actually worked with SpaceX workers to prepare the Starlink shipments to Ukraine. Powerwall batteries were also shipped to the country, which should help keep the Starlink systems operational even when power is interrupted.